Protection of Electronic Media in the UAE

The primary source of law with respect to the media sector in the UAE is Federal No. 15 of 1980 Concerning Publications and Publishing. The legal framework covers a large number of regulations on the media including ownership, prohibitions on certain kinds of defamation. In the initial stages, the Ministry of Culture and Information was the national media regulator. In 2006, the Cabinet Resolution No. 14/2006 abolished the Ministry and then established a new regulator for the industry i.e., National Media Council. However, in 2021, this regulator was further replaced by the Medical Regulatory Office, following the merger of the National Media Council and the Federal Youth Authority.

The Media Law is considered to be out of date owing to its evident focus on print and not digital media. In 2009, there was a draft revision to the media law which was circulated. However, the content of the draft was criticised for being overly restrictive, consisting of heavy penalties for journalists and still has failed to address the importance of digitalisation in the media. 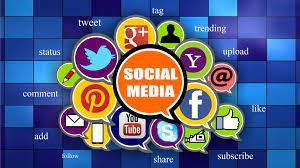 In 2010, a chairman resolution No. 20 of 2010 by the NMC was issued which clearly stated that all the media, whether audio or visuals, must comply with the content of the Media Law. The primacy of Media Law was reiterated and the application of media law in the digital arena was confirmed.

The Media Law contains certain restrictions for the content that can be published in the country:

The country had a history of regulating the social media influencers and the celebrities. In 2018, the Electronic Media Activity Regulation Resolution 2018 was published which involved regulation of a wide range of digital media activities including websites that sell content and individuals who tend to monetise and optimally use by way of certain licensing and assigning. The circulars were released by the competent authority regarding the clarification of rules on advertisements to use a non-vague language and the restrictions on how to advertise health-related products and drugs.

Article 25 of the Media Law and the resolutions by the competent authority provide that the owners of any print publication must be:

Many media outlets are owned, in whole or in part, by the government or prominent local families closely aligned with the government. There are also certain academic and experience qualification requirements for editors-in-chief and standard writers and journalists, although these are typically not enforced in practice.

Under the Media Law, all newspapers and news agencies are required to hold a licence before they can be published. The resolutions issued by the authority have made clear that they consider this to apply to all forms of media outlets in the UAE, not just the printed media. The Media Law provides for an applicant to deposit a guarantee of 50,000 UAE dirhams for an application for a newspaper and 20,000 UAE dirhams for other media outlets to be paid along with the application. Fines imposed will be removed from this deposit, which must then be topped up to maintain its original level.

There are no specific regulations preventing the broadcasting of foreign-produced programmes, providing that they do not contain any content that is not permitted under the Media Law. There are also no official requirements in relation to the minimum amount of local content.

There are no official must-carry obligations in the UAE. In line with the requirements on the media not to insult or harm the state and for official news reporting to be undertaken through a centralised, state-controlled function, certain state media content will sometimes unofficially be required to be included as part of the schedule.

Notwithstanding the introduction of the regulations, there remains a general expectation that there will at some point be an overturn of the legal framework surrounding the media in the UAE, in particular, to address digital media and journalist liability. There are no clear indications that this is likely to take place shortly or whether the 2009 draft media law would point to the likely outcome of such overhaul. Another key area to observe will be around the website censorship committee established through the organization but with representatives from other related and competent authorities. The rise of social media has also spurred a slew of regulations looking to regulate this area and stop the spread of misinformation. Even the Cybercrime Law that came into force in January 2022 provides more protection against online crimes committed via social media networks and IT platforms.

Author: Tanya Saraswat- a student of Narsee Monjee Institute of Management Studies (NMIMS),  in case of any queries please contact/write back to us via email chhavi@khuranaandkhurana.com or at Khurana & Khurana, Advocates and IP Attorney.