Getting your Copyright Registration in Qatar

Qatar is a country in Western Asia. With economy soaring high, Qatar has the fourth highest GDP (PPP) per capita in the world and sixth highest GNI per capita as per the reports in 2020. Not only with this, Qatar has been classified as a country of very high human development with third highest HDI in the Arab World. With a high-income economy, it backed by the world’s third-largest natural gas reserves and oil reserves. Qatar is the world’s largest exporter of liquefied natural gas, and the world’s largest emitter of carbon dioxide per capita. 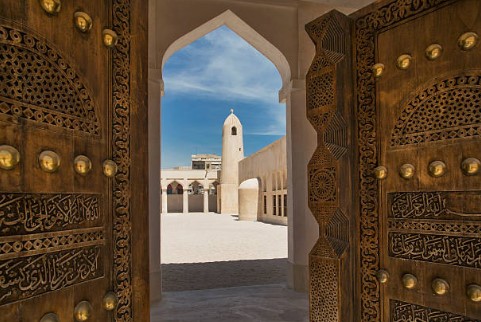 With the discovery of oil, it transformed the State economy with the high standard of living for its citizen. Moreover, Qatar is one of the countries with the lowest tax rates in the world. As of International Monetary Fund reports of 2016, Qatar has the fourth highest GDP per capita in the world where it relies heavily on foreign labour to grow its economy. Regaining the title of the richest country in the world in 2012 Qatar’s per capita GDP at purchasing power parity (PPP) was $106,000 (QR387,000) in 2012, helping the country retain its ranking as the world’s wealthiest nation, where it overtakes Luxembourg in 2010. The research put Qatar’s GDP at $182bn in 2012 and said it had climbed to an all-time high due to soaring gas exports and high oil prices. The same study published that Qatar Investment Authority (QIA), with assets of $115bn, was ranked 12th among the richest sovereign wealth funds in the world.

The process of copyright registration in Qatar is governed by Law No. 7 of 2002 on the Protection of Copyright and Neighbouring Rights. Protection shall cover particularly the following works: (1) books, pamphlets and other writings; (2) works delivered orally such as lectures, addresses, sermons or similar works such as poems and hymns; (3) dramatic musical works; (4) musical works, whether or not they include accompanying words; (5) choreographic works and pantomimes; (6) audio-visual works; (7) photographic and similar works; (8) works of applied art, whether handicraft or produced on an industrial scale; (9) works of drawing and painting with lines and colours, architecture, sculpture, decorated arts, engravings, sketches, designs and three-dimensional geographic or topographic works; (10) computer programs. Protection shall also extend to the title of the work if it is original.

The protection provided by this Law shall not cover the following works:

(1) laws, legal provisions, administrative decisions, international treaties, official documents or any official translation thereof. However, collections of such material are protected if they involve creative work in the selection and arrangement of their subject matter.

(2) daily news and other news of mere informatory nature.

(3) ideas, procedures, operational methods, mathematical concepts, principles and mere data. However, any derivative expression thereof shall be covered by protection.

For a copyright registration, it is important to submit documents which are:

The economic rights shall be protected during the life of the Author and for fifty calendar years after his death. Protection for original, artistic or literary work shall be for the following durations:

– in the case of the work of joint authorship, the rights shall be protected for fifty calendar years from the date of the death of the last surviving co-author.

– in the case of audio-visual or collective work, the rights shall be protected for fifty years as from the date on which the work was first published. For works that are not published, the term of protection shall run from the first day of the calendar year after the completion date of the work.

– in the case of a work published under a pseudonym or published anonymously, the rights shall be protected for fifty calendar years from the first day of the calendar year following the date on which the work was first published. Nevertheless, where the pseudonym used by the author leaves no doubt as to the author’s identity, the term of protection shall be calculated as from the first calendar year following the author’s death. This provision applies where the author reveals his identity before the expiration of the protection period.

The sanctions for piracy or infringement activities were also set out in a proper way with statutory penalties of fines of up to QAR 100,000, i.e., USD $27,500 and/or imprisonment for up to one year.

Author: Saransh Chaturvedi (Advocate, LLM (IIT Kharagpur),  in case of any queries please contact/write back to us via email chhavi@khuranaandkhurana.com or at Khurana & Khurana, Advocates and IP Attorney.