As a brief introduction, a patent is a right granted to a person in connection with an invention that prevents others from using their idea without their permission. Once a work is patented an inventor can sell, use, distribute, produce, import or export it for a period of 20 years. 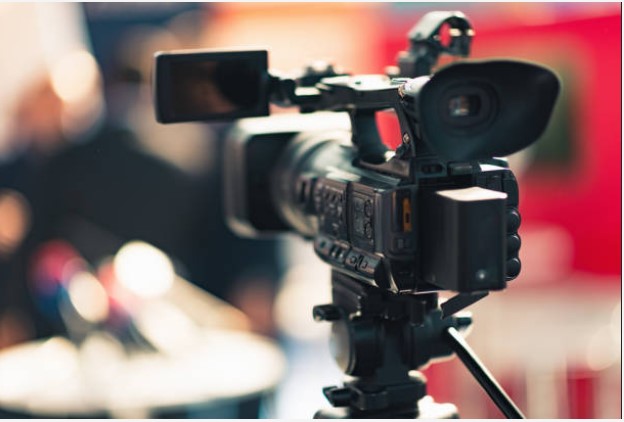 Patents in the entertainment industry are generally ones used to protect technological advancements in the production or distribution of content. In order to creatively fascinate the audience, “motion picture” has always been at the intersection of innovation and entertainment integrating audio, visual, and editing techniques. The Indian entertainment sector is regarded as one of the biggest in the world, churning out 1,500–2,000 films annually in more than 20 different languages. Based on its own narrative and a few unique tunes, each movie has a unique plot. In the entertainment sector, intellectual property rights particularly copyrights and trademark are crucial however as past experience tells, patents are the backbone of the technological advancement of any industry. Copyright protection is sought for scripts, music, lyrics, screenplays etc. and trademarks for protecting the trade names, franchise names and more. To know which IP applies to what aspect in the entertainment sector is crucial.

A movie’s production is a difficult task that costs money in ensuring perfection in the various steps of its making such as editing, special effects, sound effects, lighting and more. What’s interesting here is that each component that is used in the making of a film or a musical recording almost always holds a patent. Whether it is video cameras, audio instruments, special effect props or any other big or small tool, a patent ensure that those who created these gadgets are adequately reimbursed via royalties, licensing fees, sale etc.

Since Thomas Edison and the Lumière brothers popularised cinema and brought it to the masses, the business has experienced significant technological advances. Talkies replaced the heyday of silent film, giving acting and dialogue new significance and giving rise to a new film genre. Technicolor, which was created in 1916 and improved over the years gave movies a more realistic feel and Warner Bros used Vitaphone for feature films and nearly 1,000 short subjects. With the passage of time the employment of more advanced, high-performance audio equipment was needed. The film experience was significantly improved by Dolby (first introduced in 1927) through Dolby Surround Sound (first introduced in 1982).Westerworld, a science fiction movie released in 1973, was the first movie to employ computer-generated imagery (CGI). Toy Story, Pixar’s first full-length computer-animated movie, was released in 1995. Slumdog Millionaire, which won the Academy Award for Best Cinematography in 2009, was the first movie to be shot primarily digitally. James Cameron’s Avatar made history in the same year using cutting-edge new motion capture technology, a wonderfully flawless fusion of live action and CGI visuals that was shot in “stereoscopic 3D” was produced.

Sony and Samsung top the industry in terms of application volume, both in terms of total completed applications and pending applications. Microsoft and Panasonic appear to be less interested in these sorts of patents than they formerly were, with only 88 and 84 applications pending, respectively. Intel and Qualcomm’s increased interest in these applications corresponds with the mobile content delivery revolution.

Realistic bipedal robots and locomotion are an intriguing robotics topic that Disney’s most recent patent filing highlights. These industry-changing robot technologies developed by the business are geared for entertainment and visitor interaction.

Sony recently filed a patent for the animation method and technology used to make Spider-Man: Into the Spider-Verse, the 2018 blockbuster. Sony feels the film’s innovations go beyond aesthetic uniqueness and unprecedented success and are truly breathtaking, with a throwback comic book look and bright animation influenced by pop art pioneer Roy Lichtenstein. It asserts to be a novel creation.

According to FOSS Patents, when Samsung asserted that Apple’s iPad design patent claim was invalid due to prior art, the movie props’ similarity to Apple’s iPad was recorded in U.S. federal court records.

A significant player in the OTT market is Netflix. It’s main objective has always been to maintain its success and competitive edge over the others in the market in the long run. In addition to continuing the existing services to its viewers without charging them late fees, Netflix also patented its own methods and processes, such as its computer-implemented approach to renting.

Therefore in conclusion, the patented inventions of the entertainment industry are as crucial to the making of a cinematographic film as are any other elements. Had it not been for these creations, we would still have been watching movies in black and white or would never have known what a 5D movie experience is like.

Author: Aayushi Singh (intern) – at Khurana & Khurana, Advocates and IP Attorney in case of any queries please contact/write back to us via email chhavi@khuranaandkhurana.com.