IPR Rules in Imports-Exports in Bangladesh

Intellectual Property Rights play a crucial role in a country’s economy and ensure constant development in trade and commerce. Every enterprise entering international market has a strong intellectual property position and thus, shall be reluctant to export to countries that do not respect Intellectual Property. Moreover, the consumers shall also but from the companies that have a string trademark or reputation. Globally, marketing also requires constant involvement in trademark registration and promotion. Often the exporters realize the importance of IP once their product or brand has been copied or once they are sued for infringing another party’s Intellectual Property. A country must also include the Intellectual Property Rights related rules in their export and import policies. It ensures that multi-national brands and companies are attracted and they invest in the nation and that the copying and counterfeiting of products is prevented. 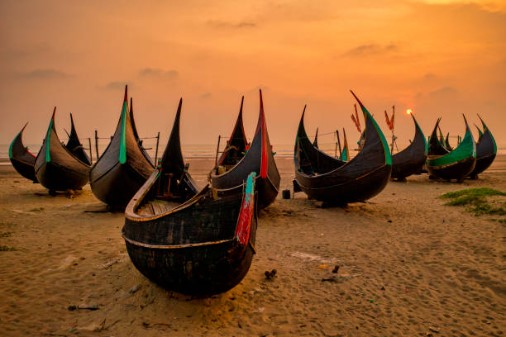 Inclusion of IPR in Customs Regulations in India

The IPR laws including The Copyright Act, 1957, The Trademarks Act, 1999, The Patents Act, 1970, The Designs Act, 2000 and The Geographical Indications of Goods (Registration and Protection) Act, 1999 provide for the civil and criminal action by right holders in cases of infringement. However, the Customs authority powers to take action against infringing goods at the time of import and export and subject to the procedure laid in IPR Enforcement Rules, 2007 issued under Customs Act, 1962.

The provisions under the Customs Act, 1962 are as follows:

Thus, the Indian government has taken all the steps that are required to ensure that the infringing goods are neither exported not imported. However, there can be instances where the authorities might not be able to track an infringing application or product.

IPR rules for imports-exports in Bangladesh

In 2019, the National Board of Revenue had enforced the intellectual property rights rules for import and export goods to prevent any entry and outflow of goods violating the IPR rules to and from the country. The customs wing of the revenue board issued a gazette notification containing the rules titled Intellectual Rights Enforcement (Import and Export Rules), 2019 effective from that instant.The customs houses and land customs stations will be able to confiscate or halt the release of goods imported that are in violation of the set IP law, based on the application of the holders. The rules also authorize the destruction of the confiscated goods, if found infringing. The importers or the exporters shall be liable to bear all the costs related to the seizure, demolition or any other related charges.

Moreover, once the products violating the IP law of the country are imported, they shall not be sent back. The goods violating the intellectual property rights that are produced in the territory of Bangladesh without the permission of the legitimate owner shall also come under the purview of these regulations. The rights holders must first inform the customs commissioner at the customs house, land customs station and other port about the risk of the import and export of such goods. A request to cease the releasing of the goods can also be made to the commissioner. The commissioner must either accept or reject the request within thirty days of the receipt. Apart from the procedures, the holders also have to submit a security amount in case there is a seizure or for any additional charges related to the confiscation. The notice sent shall be valid for one year. The commissioner will inform the other officers as well and once, convicted, the importer or exporter shall not be allowed to trade for the particular goods. Simultaneously the opposing party shall have to provide the documents related supporting the claim within ten days. However, in case of perishable goods, the deadline is of three days. On the other hand, in case no violation is found, the goods shall be released after twenty-four hours.

Thus, the new procedures related to the inclusion of IP related laws in the imports and exports of Bangladesh is a more commercially-inclined approach that is essential for globalization today.

NBR first secretary (customs international trade and agreement) Md Raich Uddin Khan said import of good that infringed IPR was always prohibited in the customs act but the procedures to prevent such occurrence were not specified. Enforcement of IPR provisions in customs points is also important for Bangladesh in the era of post-graduation from the least developed country status expected to take place in 2024 and as an LDC Bangladesh now enjoyed waiver from implementation of IPR provisions. Being a part of an open and nearly restriction-free global economy, the authorities in Bangladesh have taken requisite actions of including IPR rules and regulations in its imports and exports. It is certainly a positive step for development globally.

Author: Tanya Saraswat –  a student of Narsee Monjee Institute of Managemen Studies (NMIMS), in case of any queries please contact/write back to us via email chhavi@khuranaandkhurana.com. or at Khurana & Khurana, Advocates and IP Attorney.