The Utility of Metaverse Trademarks

When the pandemic forced billions of people indoors, it gave an impetus to those envisioning a metaverse. As the metaverse has grown in popularity, corporations have commenced filing fresh trademark applications for the virtual counterparts of products they already provide in the real world. This article discusses some recent instances of this observable trend, and attempts to explain why filing new trademarks in the virtual world is a pressing need for brand owners. 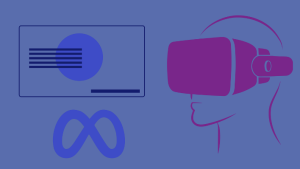 What is the Metaverse

In 2022, the abundance and flexible usage of marketing buzzwords such as the “metaverse” and “Web 3.0” make it difficult to get a firm grasp on the underlying concepts. Before proceeding, it is necessary to cut through the clutter and arrive at a grounded definition for what the metaverse means today. Broadly speaking, these terms all allude to an immersive 3D virtual cyberspace in which individuals interact with each other in social settings by creating avatars. The cyberspace is supposed to mimic real life as closely as possible, and is described as a virtual medium for all spheres of human activity: be it working, education, or socialising. It is often characterised as persistent, universal, interconnected, and relying on technologies such as Virtual Reality (VR), Augmented Reality (AR), and blockchain technology. However, this vision of a universal and all-pervading virtual environment is still speculation. Currently, the “metaverse” consists of a few, unconnected online multiplayer videogames and other virtual worlds.

Corporations have found some way or the other to commercially exploit the metaverse, be it by minting Non-Fungible Tokens (NFTs) depicting their products, or selling virtual apparel for metaverse avatars. This commercial exploitation has both resulted from and fed into the careening popularity of the metaverse and its allied technologies. The past year has seen a spurt in companies filing trademark applications with respect to virtual goods. This includes several companies who sell physical counterparts of the same goods in the real world. Most of the filings so far have pertained to a few common classifications from the Nice Classification, which demarcates goods and services into different classes for the purpose of trademark applications. The recent filings have spanned across Class 35 (retail stores selling virtual goods, entertainment services), Class 9 (computer programmes featuring downloadable goods), Class 36 (financial services), and Class 42 (Non-downloadable virtual goods and NFTs). Select filings have been discussed below.

Nike is one of the most prominent brands foraying into the metaverse. The company has filed a trademark application in the US, seeking to trademark the word “Nikeland”. The filing includes downloadable virtual goods such as footwear and apparel, an interactive social network and website, VR gaming services, as well as other entertainment services.

Retail giant Walmart also filed a few applications before the US Patent and Trademark Office, ranging from its own cryptocurrency to an online retail store. The company has filed an application under Class 36 (financial services), which seeks to trademark the word Walmart in relation to digital currencies, transaction services involving cryptocurrency, NFTs, and digital token trading on a global online network. Another application under Class 35 details an online marketplace for virtual goods that will sell pretty much everything under the sun[1].

Popular fast food destination McDonald’s has filed an application seeking to register the mark McCafe in relation to a virtual restaurant that features not just virtual goods, but can also facilitate the home delivery of real goods. The company is also apparently planning to host virtual concerts and entertainment events, and provide virtual food.

The Johnson and Johnson Corporation has filed to register its word mark Neutrogena in connection with virtual beauty and skincare products, NFTs, and virtual retail stores selling both virtual goods and real goods through home delivery. The corporation has also sought to trademark its Band-Aid word mark in relation to virtual first-aid products, and online stores that will sell these virtual products or home deliver their physical counterparts.

The movement towards trademarking virtual goods is less prominent in India, but has still started picking up pace. Walmart has filed applications in India on the same lines as those filed in the US. Vogue Magazine has filed to trademark the word vogue in relation to NFTs, and downloadable virtual magazines for use in online worlds. Reliance Industries has obtained registration for the word mark Ajio Luxe in relation with virtual footwear and apparel meant to be used in virtual worlds.

The applications discussed above make it apparent that seeking trademark protection for the virtual counterparts of already available physical goods and services is a wide-ranging phenomenon that is not restricted to any particular industry.

Why Brands Need to Register Separate Trademarks for Virtual Goods

Some might question the utility of filing a separate trademark application in relation to a virtual good, when a brand already owns the trademark for its physical counterpart. However, there are some compelling reasons for doing so.

Low Possibility of Consumer Confusion in the Virtual World

While the metaverse is an emerging concept, virtual versions of real-life trademarked goods have been used for decades in videogames, and the games industry can serve as an important example. In AM General LLC v Activision Blizzard INC, a US Court dealt with a trademark infringement action brought by a vehicle manufacturer against a videogame publisher. The plaintiff had been granted a license to manufacture military vehicles by the US Department of Defence, and these vehicles had come to be popularly known as Humvees. The defendant is the well-known Call of Duty gaming franchise. The franchise has been depicting Humvees for years, and invoking related trademarks in advertisements and within the games. However, the Court held that the defendant had not infringed the plaintiff’s trademarks, as consumers had not been misled to believe that the plaintiff had anything to do with the games. In the absence of consumer confusion, the defendant was allowed to continue using the trademarks, as it was a part of the games’ artistic expression.

Even in India, a determination of trademark infringement involves assessing the likelihood of consumer confusion. If a trademark is well-known in the country, a case for infringement can be made even if the infringing user is in connection with vastly different goods or services. However, this avenue will only be available to those proprietors whose marks have in fact attained such a distinctive reputation.

As mentioned earlier in this article, a persistent 3D cyberspace where users can create avatars to interact with each other and trade in virtual goods and services is not a new idea by any means. One of the earliest implementations of this concept is the virtual world known as Second Life, which was released in 2003. Second life is an online platform that allows users to trade real money for an in-game currency, which can then be used to buy virtual goods and services, or even land. Ever since it became popular, Second Life was notorious for trademark infringement. Virtual goods bearing trademarks belonging to well-known corporations such as Nike, Adidas, Gucci, Cartier, etc were sold on the platform without authorization at an alarming frequency. This information offers a valuable insight into the potential severity of the trademark infringement problem in the metaverse.

Uncertainties Surrounding the Law of the Metaverse

When the internet was still in its nascent stage, a group of thinkers known as cyber-libertarians believed that it would not be regulated by national and state laws. They were of the opinion that the decentralized and global nature of the internet would lead to the development of a different set of rules for the internet, arrived at through a consensus of its users. Of course, this did not come to pass. However, the metaverse is turning out to be a new dawn for the cyber-libertarian line of thinking. Nothing can be said for certain about the future of metaverse governance, and whether pre-existing trademark registrations will be effective in curbing virtual infringement. Therefore, brands are choosing to err on the side of caution and establish separate rights in respect to virtual goods.

The metaverse offers a golden commercial opportunity to anyone willing to trade in virtual goods and services. As is usually the case, it will result in an influx of bad faith actors who infringe on valuable registered trademarks in the hopes of benefiting from the goodwill surrounding them. The high potential for frequent infringement has been established by Second Life, an online virtual world. The best way for a brand to protect its trademarks would be to obtain a separate registration for virtual products, and then enter the virtual market. Already having trademark registrations in connection with similar goods and services as the infringer makes it easier for plaintiffs to establish consumer confusion, which is the backbone of an infringement suit.

Author: Aasil Singh – a 3rd Year Student at MNLU, Mumbai, in case of any queries please contact/write back to us via email chhavi@khuranaandkhurana.com or at Khurana & Khurana, Advocates and IP Attorney.