Google vs Oracle: The way forward 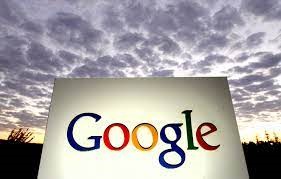 Justice Stephen Breyer authored the majority opinion and stated that given the rapidly changing and dynamic technological, economic and business-related circumstances, only the issues in the case must be discussed. The majority opinion declined to answer the question of copyright eligibility and yet rules in favour of Google based on the Copyright Law. The court ruled if the software at issue is not copyright-eligible, Google would have a valid fair use defence. But, on the other hand, in case the Google’s use of portions of the script is copyright-eligible, it shall qualify for fair use. It is true that the question of fair use has been answered but it is done in such a manner that the court did not answer the question related to the applicability of copyright law. It is indeed an odd result by the hon’ble court.

One interesting thing to consider is how the court could have reached such an odd and awkward result. The case was heard by eight justices (Justice Barrett did not hear this case). Six justices joined Justice Breyer on the majority opinion (Chief Justice Roberts and Justices Kagan, Sotomayor, Kavanaugh, and Gorsuch), while two justices dissented (Justices Thomas and Alito).

The lack of ruling on the question related to copyright-eligibility leaves the Federal Circuit’s decision in 2014 standing. Thus, it is clear that the APIs are copyright-eligible and given that the hon’ble Supreme Court denied the writ of certiorari against the Federal Circuit, it explicitly declined to address the issue. The decision of the Supreme Court left the question of copyright-eligibility on a sinking boat and thus, there can be different decisions in various circuits. Had the court given a clear indication on the issue, the precedents would have been definite.

It is unfortunate that the software industry was put through this turmoil for over a decade. However, the Supreme Court’s decision provides a new explanation and framework for analysing use of software interfaces, and it is largely good news. In short, while the court did not overturn the copyrightability ruling, which would have been the best news from the perspective of software developers, it ruled strongly in favour of Google on whether Google’s use was a fair use as a matter of law. Most of the tech industry views Google’s victory as a triumph for subsequent software development and innovation. It appears that the decision was supposed to be for technological promotion. If the decision would have been in Oracle’s favour, the future of software development would have been different. Such a victory would have sent shockwaves throughout the concerned tech industry leading to changes in fundamental aspects of software development that have been used by the programmers for decades. End users can also lead to rising costs and reduced compatibility between applications.

Now that the decade long battle has ended, Google’s victory is extremely positive for the software community. Due to a fair access to the APIs, there can be an innovative cross-compatible software ecosystem built on universal and common standards. it provides an equal opportunity to all the firms, whether small or big, to have an access to the programming language and the related codes. Such open-source software systems help in developing the latest technologies that drive the digital transformation. Therefore, the businesses must ensure to play fair while developing the software.

Author: Tanya Saraswat – a student at School of Law, Narsee Monjee Institute of Management Studies, in case of any queries please contact/write back to us via email chhavi@khuranaandkhurana.com or at Khurana & Khurana, Advocates and IP Attorney.