Although both registered designs and trade dresses protect aesthetic features, they differ in their scope. While design protection is restricted to those visual elements that are explicitly included in the registration, the trade dress of a product refers to its overall look and feel, and the visual impact it has on consumers. Therefore, the trade dress of a product usually encompasses something beyond the design registration. In its recent decision in Havells India Ltd v Panasonic Life Solutions India Pvt Ltd [CS(COMM) 261/2022], the Hon’ble Delhi High Court determined whether a plaintiff can bring a single suit for passing off of trade dress and design infringement. 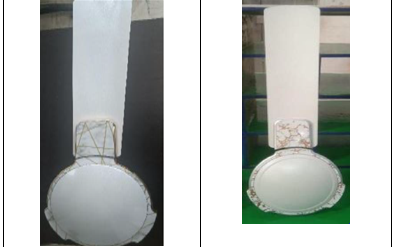 Facts of the Case

The plaintiff, Havells India Ltd, has been a leading manufacturer of electrical equipment for decades, and its products are sold widely in India and abroad. The defendant, Panasonic Life Solutions India Pvt Ltd., is an Indian subsidiary of the Japanese conglomerate Panasonic Corporation, and has also been active in the electrical industry for over 50 years.

The dispute stems from the apparent similarity between fan designs used by the parties. In 2016, the plaintiff had acquired a design registration in relation to its Enticer series of ceiling fans. The Enticer series was greatly appreciated for its aesthetic characteristics, which were further improved by the Enticer Art series of fans. In April, 2022, the defendant released a catalogue showcasing its upcoming Venice Prime series of ceiling fans, which were allegedly similar to the plaintiff’s Enticer and Enticer Art fans. Therefore, the plaintiff filed an injunction application before the Hon’ble Delhi High Court, praying for an order to restrain the defendant from manufacturing and selling its Venice Prime fans, and any other deceptively similar fans.

Contentions of the Parties

The plaintiff contended that its Enticer and Enticer Art fans are popularly known for their unique design characteristics, such as the ornamentation on the blades, as well as the way in which the blades connect to the motor. The unique aesthetic features of the fans are most apparent on the Enticer Art series of fans, which bear unique floral patterns and colour schemes created in-house by the plaintiff. The plaintiff had previously registered designs with respect these fans. Therefore, the defendant’s application of these patterns to its own fans was infringement under Section 22 of the Designs Act, 2000. Further, as the plaintiff’s fans had been in the market since 2016, their unique appearance had acquired a distinctive character. Thus, the fans’ trade dress was entitled to protection under common law. The plaintiff asserted that the defendant’s actions also amounted to an attempt to pass off its fans as those of the plaintiff.

Decision of the Court

Can the Plaintiff file a Composite Suit Seeking Relief for Design Infringement and Passing off?

The Delhi High Court undertook a thorough analysis of its past decisions, and concluded that both passing off and design infringement in respect of the same goods can be invoked in a single suit. In Mohan Lal, Proprietor of Mourya Industries v Sona Paint and Hardwares (2013 SCC OnLine Del 1980), a full Bench of the Delhi High Court held that a design registration is not liable to be cancelled if the same goods are used as an unregistered trademark.  The Court’s interpretation of the Designs Act prohibited only the registration of registered designs as trademarks, and not merely their use as trademarks. However, the Court also cautioned that a composite suit for passing off and design infringement is not maintainable.

The principles laid down in Mohan Lal were modified by a 5-judge Bench of the Delhi High Court in Carlsberg Breweries A/S v Som Distilleries and Breweries Ltd (2018 SCC OnLine Del 1292). Here, the Court construed the Designs Act differently to conclude that merely using a registered design as a trademark will render it vulnerable to cancellation. On the other hand, the Act does not forbid a plaintiff from bringing a passing off claim that goes beyond trademarks, and includes the overall trade dress of the product which is the subject matter of the design registration. The Court also took a contrary view to Mohan Lal on the issue of composite suits. The Court held that as actions for passing off and design infringement originate from the same basic facts, they can be brought together in a composite suit.

Relying on the decision in Carlsberg, the Court in the present case held that a composite suit for passing off and design infringement is maintainable in respect of the same product, provided that the action for passing off is based on the overall get-up or trade dress of the product.

The Court found that the plaintiff had failed to make out a case of passing off. Following from the discussion in the previous section, while determining the claim of passing off, the Court restricted its examination to features of the trade dress falling outside of the design registration, i.e., the fans’ ornamentation. The Court found that the ornamentation on the Venice Prime and Enticer fans was not similar enough to deceive an average consumer, which is one of the three essential ingredients of the tort of passing off.

The Court concluded that the defendant had prima facie dishonestly copied the registered designs of the plaintiff. Relying on Whirlpool of India Ltd. v Videocon Industries Ltd. (2014 SCC OnLine Bom 565), the Court observed that the test for design infringement is to look at the given designs from the perspective of the average viewer. Even though the fans in the present case were not identical, the defendant’s products bore enough of a resemblance to the plaintiff’s to appear substantially similar to the average viewer. The Court also negated the defendant’s contention that the plaintiff’s patterns were not novel. Relying on the decision in Eicher Goodearth Pvt. Ltd. v Krishna Mehta (2015 SCC OnLine Del 10139),  the Court held that old patterns are entitled to protection as designs if their application to an article is novel.

The Court found that the balance of convenience in this case lay in the plaintiff’s favour, as it had been selling its fans for a few years, while the defendant was yet to commence sales. Therefore, the Court granted an interim injunction restraining the defendant from manufacturing and selling its Venice Prime series of fans.

In this case, the Delhi High Court correctly applied the precedent laid down in Carlsberg. The Carlsberg decision served an important purpose by clarifying the maintainability of a composite suit for passing off of trade dress and design registration. The present decision has comprehensively contrasted Carlsberg with previous decisions, thereby affirming beyond a shadow of a doubt that composite suits for passing off and design infringement are permitted. Composite suits ensure that there is minimal wastage of time and resources, both for the courts and the parties.  This decision is also a valuable addition to the case law on design infringement, as it appropriately placed emphasis on the similarities between the two designs, rather than the dissimilarities between them.

Author: Aasil Singh -a Student at MNLU (Mumbai), in case of any queries please contact/write back to us via email chhavi@khuranaandkhurana.com. or at Khurana & Khurana, Advocates and IP Attorney.