Oh Why vs. Shape of You

On April 6, the UK High Court issued a judgment of non-infringement in favor of artist Ed Sheeran over his 2017 song, “Shape of You.” The court held that Sheeran did not copy a part of Defendant Sami Chokri’s 2015 song called “Oh Why.” The ruling came nearly four years after co-writers Chokri and Ross O’Donoghue (collectively, Defendants) first accused Sheeran and his co-writers, Snow Patrol’s John McDaid and producer Steven McCutcheon (collectively, Plaintiffs) of deliberately and consciously copying from a part of “Oh Why.” Alternatively, the Defendants contended that he did so subconsciously. 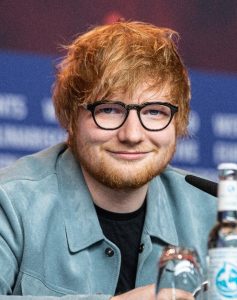 Chokri and his co-writer Ross O’ Donoghue claimed the central “Oh I” hook in Shape of You is “deceptively similar” to the “Oh Why” refrain in their own composition, with petitioner telling the court he felt “robbed” after he heard it. However, Sheeran, McDaid and McCutcheon all denied being aware of Oh Why prior to writing Shape of You.

Then, in May 2018, Ed Sheeran and his co-authors asked the High Court to declare that they had not infringed the copyright. Two months later, Chokri and O’Donoghue issued their own claim for “copyright infringement, damages and an account of profits in relation to the infringement”.

Lawyers for the “Oh Why” co-writers labelled Sheeran a “magpie”, alleging that he regularly copies other artists and that it was “extremely likely” he had previously heard “Oh Why”. Andrew QC suggested Sheeran “consciously or unconsciously” had “Oh Why” is his head when “Shape of You” was written in October 2016.

The lawyer additionally alleged that Sheeran’s team had brought the legal proceedings because the royalties body PRS for Music had “frozen” payments for UK broadcast and performance income from Shape of You.

But the lawyers from Sheeran, McDaid and McCutcheon stated that the allegations against them were “impossible to hold”, with the evidence pointing to Shape of You being an “independent creation”. Sheeran also cited instances of him acknowledging lesser-known artists on his songs, telling the court: “All those examples are not famous artists that we’ve cleared songs with and that’s what I have to say on that”.

Mr Justice Zacaroli dismissed Chokri’s counterclaim and granted a declaration to Sheeran and his fellow songwriters that they had not infringed the copyright of “Oh Why”. He explained that his analysis of the musical elements of “Shape of You” and its writing process “provide compelling evidence that the ‘Oh I’ phrase originated from sources other than ‘Oh Why’”. Subsequently, the judge added that while there are “similarities” between the two songs hooks, there are also “significant differences”, with the songs’ phrases playing “very different roles”.

He said that the analysis of the use of first four notes of the rising minor pentatonic scale for the melody is so short, simple, commonplace and obvious in the context of the rest of the song that explicitly provides that Mr Sheeran sought out inspiration from other songs to come up with it.

The judge said that Sheeran, McCutcheon and McDaid were “unaware” the dispute had frozen £2.2 million in royalties from the song and had said they were only in court to “clear their names”. However, he said that is a “substantial amount of money” and “provides a commercial justification for making a declaration”.

Mr Justice Zacaroli added that in addition, the desire of the songwriters to clear their names is also a reason to grant this declaratory relief. Each is someone highly successful in the industry, whose reputation would be at risk from accusations of deliberate copying.

As for Mr Sheeran, the justification for declaratory relief was only increased by the fact that although the case only relates to “Shape of You”, it was pursued against him on a basis that he is a ‘magpie’ who habitually deliberately copies and conceals the work of other songwriters.

Now, after going through all the evidence, the judge has ruled in Sheeran’s favour by stating while there are similarities between the OW Hook and the OI Phrase, there are also significant differences. As to the elements that are similar, judges’ analysis of the musical elements of Shape more broadly, of the writing process and the evolution of the OI Phrase is that these provide compelling evidence that the OI Phrase originated from sources other than Oh Why.

The totality of the evidence relating to access by Mr Sheeran to Oh Why (whether by it being shared with him by others or by him finding it himself) provides no more than a speculative foundation for Mr Sheeran having heard Oh Why. Taking into account the above matters, the judges concluded that Mr Sheeran had not heard Oh Why and in any event that he did not deliberately copy the OI Phrase from the OW Hook.

It is rare for copyright cases to get to court and “notoriously difficult” for songwriters claiming their copyright has been infringed to succeed. Sheeran also stated that he is not a corporation but is a human being and a father, husband and son. Such lawsuits are not pleasant and he hoped that the ruling shall ensure avoiding any future baseless claims.

Gill Dennis, copyright and brand protection expert at Pinsent Masons, said: “A claimant must prove, with hard evidence, that the defendant had access to the song in order to copy it. Even with this evidence, and where commonality is found, it does not necessarily prove copying, particularly where a defendant can create doubt by demonstrating that their work had different origins.”

It will take more than a short section of ‘basic minor pentatonic pattern’ which is ‘entirely commonplace’, to establish a successful claim of copyright infringement. All music is derivative to a certain extent, and in the words of Elvis Costello ‘It’s how rock & roll works’. This ruling shows that clear similarities throughout the two songs are needed to form a substantial case.