The concept of Bad Faith involves the disputed party intentionally refusing to fulfil any legal or contractual obligation, or entering into a contract without intending or having the means to complete it. With regard to trademarks, registration of identical or deceptively similar marks can become problematic for the registered and prior users of the mark. Trademark squatting denotes a situation wherein a brand other than the original brand owner obtains a trademark on the brand. 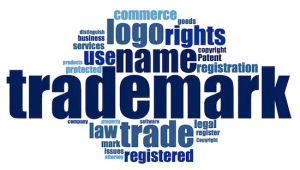 Bad Faith and its Ingress into Trademark Laws-

As under the Trade Marks Act, 1999 there is no explicit definition provided for the concept of Bad Faith. However, in accordance with Section 11(10)(ii) of the Act, which pertains to the relative grounds for the refusal of trademark registration, there is a mention of Bad Faith as a reason for registration refusal.

Further, in the case of Gromax Plasticulture v. Don & Low Nonwovens Ltd., the Court had held that the concept of bad faith pertains to dishonesty and behaviour which would fall short of the set standard of commercial behaviour that is considered to be acceptable by reasonable men of expertise in the specified niche.

As under Section 11(10)(ii) of the Trademarks Act, following cases could likely result in bad faith-

With regard to this, in the case of J.N. Nichols (Vimto) Ltd. v. Rose and Thistle and Anr., the use of a mark as under Section 2 (2)(c), does not include just sales and advertisement but also includes the intention of the person to use the mark. The use of the mark must be bonafide and not malafide. If the use of the mark is malafide, then that would amount to infringement of the mark.

There are some pertinent judgments that have elucidated upon the concept of bad faith with a specific frame of reference to Intellectual Property Rights, as enlisted below-

Swatch AG, a popular watch brand filed trademark applications for the same phrase which was subsequently opposed by Apple. Apple was successful in establishing that the mark sought to be registered was in bad faith and was done with the aim of creating a parody of Apple. However, on appeal to the High Court, it was held that since there was no clear-cut evidence to signify that Swatch had sought to undermine the business of Apple, and therefore, there was no performance of bad faith by Swatch. With regard to bad faith, reliance was placed on Lindt v. Hauswirth, the notion of bad faith can be established if there is a satisfaction of the following four conditions-

These conditions are illustrative in nature and not exhaustive per se, as the concept of bad faith is a question of fact.

Bad faith as a concept has constantly evolved and has sustained to be an issue for businesses not just in India but across many jurisdictions. The concept has seen its evolvement over the years. With specific pertinence to trademark law, there has been a raise in bad faith cases across jurisdictions as there are regional/national applications as well as international applications. One preventive measure is that the owners of trademark have to ensure that their marks are duly registered before seeking to expand the brand globally.

Author: Haritha Dhinakaran, a student of Symbiosis Law School (Pune), currently an intern at Khurana & Khurana, Advocates and IP Attorney, in case of any queries please contact/write back to us via email chhavi@khuranaandkhurana.com.