Gender Equality In Sports : Changing Attitude Towards Women In Sports

Gender equality has been a topic of discussion in society since the dawn of time. Many instances of women facing challenges of equity in their relationships, careers, education, and sporting possibilities can be found throughout history. The goal of this paper is to look at the history of gender equity in sports, what steps have been taken to provide equal opportunity for women in sports, the current issues that women face in sports today, the research on gender equity in sports, and to discuss the findings and make recommendations for future research in this area. 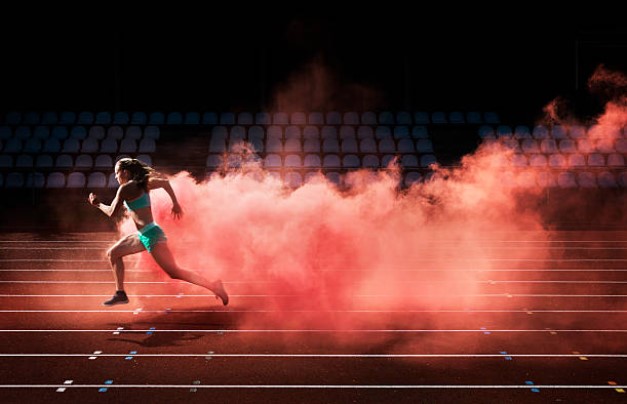 While Title IX has increased women’s participation in sports, it has done little to change the stereotypes about women in sports. Furthermore, it has done little to promote gender equality in sport governance or to alleviate the pressures that women confront in a hegemonic masculinized sport organisation. Because of gender prejudice and preconceptions, women are less likely to participate in sports or be granted equal opportunities in sports governance.

Women have endured numerous hurdles throughout history, but they have steadily progressed toward gender equality, and these achievements must not be overlooked. Title IX of the Omnibus Education Act of 1972, for example, guaranteed equal federal funding for male and female students in higher education, encouraging more girls and women to participate in sports. Prior to ‘Title IX,’ less than 32,000 intercollegiate women and 300,000 high school girls participated in sports; by 2010, 200,000 intercollegiate women and three million girls participated in sports.

Women have endured numerous hurdles throughout history, but they have steadily progressed toward gender equality, and these achievements must not be overlooked. Title IX of the Omnibus Education Act of 1972, for example, guaranteed equal federal funding for male and female students in higher education, encouraging more girls and women to participate in sports. Prior to ‘Title IX,’ less than 32,000 intercollegiate women and 300,000 high school girls participated in sports; by 2010, 200,000 intercollegiate women and three million girls participated in sports. Every year, an increasing number of people tune in to witness the Women’s Final Four of the National Collegiate Athletic Association (NCAA) basketball tournament, which continues to smash viewership records.

Not only does the media focus on different features of a female athlete than a male athlete, but some researchers analysed media coverage of female athletes and found that women receive poorer technical production, receive less overall coverage, and are demeaned as “girls,” whereas men are portrayed as “strong and powerful men” who are “historically important.” Television networks even chose different perspectives and angles for female beach volleyball players and track and field competitors depending on their bodies and sexuality, thereby causing anxiety and terror among women and girls. Females who are exposed to the media’s focus on attractive features are more prone to develop anorexia, bulimia, body dissatisfaction, and a desire to be slim. Furthermore, anxiety is linked to leaving sports, having less fun in

sports, and having poor performance. As a result, giving female athletes less attention than male athletes may have a variety of negative implications for women in addition to preserving male privilege in sports. Although this disparity in attention may appear minor to some, it is discrimination nonetheless. Even if women and girls do not perceive the disparity as discrimination, it can still have negative consequences because any negative outcome (e.g., lower ticket sales compared to male athletes) can be internally attributed (i.e., self-blame), resulting in lower motivation, self-esteem, and future achievement expectations.

Despite the fact that the Olympic Games currently feature the same number of sports for men and women as they do for men, the Olympic Games still have unequal coverage on television. The US women’s basketball team, for example, won their fifth straight gold medal in 2012 but received less than a minute of prime-time coverage, whilst the men’s team, who won their second consecutive gold medal, received around half an hour of prime-time coverage. However, for the first time ever, the 2012 Olympic Games included more coverage of women’s sports on NBC than men’s sports; however, this coverage was primarily for women’s sports deemed feminine.

According to the findings, Title IX has had a substantial impact on female involvement in sports by allowing them to participate. However, it appears that gender equity difficulties in sports governance, athletic media portrayal, and sports perception still exist for women. As a result, while women have the opportunity to participate in sports, there is a view and socially conditioned belief that women should not participate in manly sports because it makes them appear gay and makes them criticised. Women athletes who are seen as beautiful and graceful, on the other hand, are able to gain media attention for their appearance rather than their athletic talents. Sport is still primarily male, according to research, and strongly in favour of men.

It is critical to provide women an equal chance in sport governance since gender diverse sport organisations have been shown to be more successful than all-male sports organisations. Furthermore, in order for women to achieve true equality in sport, the media must begin to recognise women for their athletic ability rather than their appearance or personal lives alone, and society must move away from social conditioning of women into gender stereotyped roles and allow young girls to choose their own path, especially if that path includes a passion for sports. Before women can genuinely be equals, men must begin to regard women as equals.

This will be a difficult perception to break in society due to institutionalised masculinity as the norm; however, if women are given an equal opportunity to participate in sports as equal participants rather than “female” participants, perhaps societal perception will shift, as shown in a research study on the coed sport of quidditch. Perhaps the growth of more coed sports will aid in the reformation of sports’ macho norms.

While Title IX was created to promote educational equality, it has had a significant impact on the growth and strengthening of gender equity in sports. Having said that, the findings indicate that there is still a long way to go until women in sports feel equal and are treated equally in terms of participation and employment. Women are participating in sports at a higher rate than in the past, and women are getting better treatment in sports administration and athletics, but statistics show that they are still dominated by men in both employment and engagement in sports. As a result, the profession of sport management should continue to strive for a standard of excellence that truly treats women as equals, provides them with equal opportunities, and allows them to feel equal in the workplace.

A study of a coed sport (quidditch) found that this format of spectatorship improves both male and female participants’ perceptions of equality in sport, hence this sport might be used as an example of how to improve gender equity in sport participation. Furthermore, it has been demonstrated that having a diverse workforce in sport governance improves the performance of the sport organisation, demonstrating that giving women equal opportunities in sports administration can improve the performance of sport organisations. For expanding female participation in sport and improving performance in sport governance, gender equity in sport is both necessary and desirable.

Author: Arundhati Singh – an intern at Khurana & Khurana, Advocates and IP Attorney, in case of any queries please contact/write back to us via email chhavi@khuranaandkhurana.com.