Intellectual property rights are getting more internationalised and commercialised. The parties of the IP disputes at international level may not move to the court due to the different jurisdication as the rules applied will be different. So, with the advent of globalisation, it is important to shift to the other legal alternative to solve the disputes. The concept of arbitration even though not new to the world has certain problem associated with it. Arbitrability of IP disputes could be considered as one of the most disputed issues of IP arbitration. The scope and precise limitations of the arbitrability of certain IP rights has been a subject of debate. The courts are also enlarging the scope of alternative dispute mechanism so that the burden on the court could be reduced. The arbitration in India is an emerging legal approach and arbitration in Intellectual Property Rights has been a disputed issue and so it has raised many questions before the court. A party to any dispute wants their disputes to be solved by some negotiation rather than going through the long court proceedings. And so, the disputed parties of IP could be also seen moving towards the arbitration. In this article an overview of the arbitrability of IPR disputes has been given. 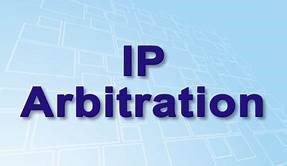 In the case, Booz Allen and Hamilton Inc. V SBI Home Finance Ltd. (2011)[1] Hon’ble Supreme Court gave a prominent judgement with regard to the ‘arbitrability of IPR disputes.’ In this case, Capstone Investment Co. Pvt. Ltd. And Real Value Appliance Pvt. Ltd. has availed the loan from SBI Home Finance Ltd. These companies had entered into a leave and license agreement with Booz Allen and Hamilton. Thereafter these four entities entered into security deposit agreement which had arbitration clause. The dispute arose among these entities and SBI filed a suit for redemption of money through sale of suit premises. The issue raised was, can a suit for the enforcement of mortgage by the sale can be adjudicated by an arbitral tribunal and whether the subject matter of the suit fell within the scope of an arbitration agreement? Supreme Court observed that “Generally and traditionally all disputes relating to rights in personam are considered to be amenable to arbitration; and all disputes relating to rights in rem are required to be adjudicated by courts and public tribunals, being unsuited for private arbitration.” Also, that the subordinate rights in personam emanating from rights in rem must be considered arbitrable.

Also, in the year 2011 the Hon’ble High Court of Bombay in the case of Eros International Media Limited v. Telemax Links India Pvt. Ltd[2] gave a pro-arbitration judgement regarding the issue of personam arising out of rights in rem. Eros and Telemax had entered into an agreement for giving licence to the Telemax copyrighted material of Eros. It came to the notice of Eros that Telemax was infringing the copyright of Eros and as per the arbitration clause the matter be reffered to the arbitrator. However, Telemax mentioned that as the Copyright Act has right in rem and so it is not arbitrable. The issue raised in this case was if the disputes regarding copyright infringement arising out of contractual agreement are arbitrable and whether Section 62 of the Copyright Act, 1957 oust the jurisdiction of Arbitral tribunal? To this the Bombay High Court held that the arbitration clause in the agreement is valid. Trademarks Act and Copyright Act do not oust the jurisdiction of arbitral panel. It was also observed that “section 62(1) of the Copyright Act should not be read down to mean the ousting of the jurisdiction of an arbitral panel.”

The another, case relating to IPR goes beyond the scope of arbitration is Indian Performing Rights Society (IPRS) Ltd. Vs. Entertainment Network.[3] In this case, a licence agreement was made between these two parties and the agreement gave the right to Entertainment Network to broadcast the work of IPRS. However, due to the breach in the agreement, the arbitral award was passed and the said award was challenged. So, the Bombay High Court dealt with the issue, if a licence agreement under copyright infringement would be arbitrable? The court held that “Section 62(1) mandates the institution of every suit in civil courts only and cases of infringement of copyright, passing off, remedies of an injunction are not arbitrable.”

In Hero Electric Vehicles Private Limited v. Lectro E- Mobility Private Limited[4], the Delhi High Court decided that a trademark dispute could be arbitrated because the plaintiffs were attempting to defend their trademark rights against a specific group rather than the entire world.

Considering the difficulty of implementing arbitration in IPR, getting injunctive relief and punitive damages quickly under arbitration is difficult. The holder of IP wants their case to be solved quickly and this could be made possible by public courts. As Intellectual property disputes do not involve pre-existing contractual relationship and so whenever the disputed parties in IP tries to opt for arbitration, the court has to deal with many questions.

The question of arbitrability of IPR is still not clearly answered and there is still a confusion over which areas of Intellectual Property Rights would be covered under Arbitration. The Indian Courts has held that disputes regarding Intellectual Property are not arbitrable and the reason being that the public policy aspect are there in IPR that means it would be against the interest of the public to make the disputes arbitrable. Also, Section 89 of the Code of Civil Procedure, 1908 states that “if the court deems fit, it can allow arbitration, mediation or conciliation for settlement of disputes between parties outside the court.”

Despite the problem of arbitration in IPR, the arbitration will be an effective mechanism in solving disputes of IPR as the IP disputes also contains the parties from different jurisdication. And so, submitting the international dispute to the arbitration could be a quick and an efficient step. Also, the technical nature of IP demands for the adjudicators having expertise in that particular field. And the parties could select their own arbitrator of specific knowledge of the field. Considering the sensitive issue of IP infringement, arbitration ensures the confidentiality of the proceeding which is of utmost importance.

The successful implementation of arbitration in IPR is surely going to be a great success for the disputed parties of IPR. As India has an aim of becoming a hub of international commercial arbitration so the scope of arbitration has also to be widened, the scheme of arbitrability of IP disputes has to be implemented efficiently. Arbitration could be considered as the appropriate forum for solving the disputes between the parties and coming to the outcome that would benefit both the parties. The status of Arbitration in IPR is still unclear even after various attempts at resolving the issue.  There should be institutionalisation of arbitration process similar to WIPO model so that there should be a globalised ADR process in the Intellectual Property Rights. As the importance of intellectual property is growing, and simultaneously the disputes in IPR so it is expected that the trend of arbitration in IPR will continue.

Author: Bhargavi Nimje – a student of Shri Navalmal Firodia Law College (Pune), currently an intern at Khurana & Khurana, Advocates and IP Attorney, in case of any queries please contact/write back to us via email chhavi@khuranaandkhurana.com.