All About Maternity Benefit Act, 1961

Maternity Benefit is a benefit given to the mothers-to-be or the mothers of the newly born with fully paid leave from employment along with other benefits before and after the delivery of the child, with a motive to facilitate the women in taking care of the child.

The Maternity Benefit Act, 1961 (hereinafter referred to as ‘the Act’) was defined to be ‘a beneficial piece of legislation and its object is to ensure the security of tenure for the working woman’ in the case of Shri Swami Vivekanand Shikshan Sansthechya Sevakanchi Sahakari Patsanstha Maryadit v. Kumari Deepa Narayan Jadhav (2016).

The case of Mamta v. Employee State Insurance Corpn. (2014) held that giving birth to and taking care of the child is covered under the fundamental right of the child and the woman and hence the employer shall be held liable to pay maternity benefits.

Under the scope of Section 2(1)(a), the Act applies to all establishments including:

In the case of Thomas John Muthoot v. Labour Officer (2014) it was held that a firm with only 3 employees will not be covered under the Act.

NOTE: The Maternity benefit Act shall be applied to any and all establishments having 10 or more than 10 employees.

In Section 5(2) of the Act, it is mentioned that a woman, to be eligible for the maternity benefits under the Act, has to be employed in the establishment for not less than 80 days in the twelve months immediately preceding the expected delivery of the woman. (The period has been reduced from 160 days to 80 days by the virtue of 2017 amendment)

(Note: This period of 80 days does not apply to any woman who has immigrated to the state of Assam and was pregnant during the immigration) 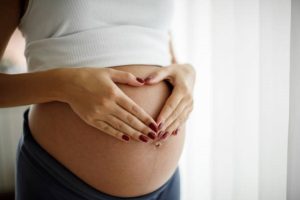 The ambit Women employee covers all kinds of employment whether direct or through agency or contracts.

In the case of Glem Brook Estate v. Plantation Office (2012), it was held that even the daily wage workers are entitled to Maternity benefits under the scope of the Act.

Maternity benefits and a fully paid leave cannot be denied to contractual employees. This was the decision of the Hon’ble Central Administrative Tribunal in the case of Anuradha Arya v. Govt. Girl Sr. School (2017).

As per the provisions mentioned in the Act, the duration of the maternity leave in different cases is as follows:

Further, a woman who has gone through a miscarriage but hasn’t worked in the establishment for 160 days in the preceding 12 months can also claim the leave for miscarriage as decided in the matter of Management of Kallayar Estate, Jay Shree Tea and Industries Ltd. v. Chief Inspector of Plantations (1998).

The women employee cannot be employed to complete tasks of the following nature under the ambit of Section 4 of the Act:

It was held by the court in the case of MCD v. Female Workers (2000), that pregnant women employees can be compelled to undertake tasks involving hard labor at the time of advanced pregnancy.

The women employee on being dismissed or deprived of such benefits may, within 60 days from the date of the order being received, file an appeal to the prescribed authority.

As per the provisions of the act, in cases of death, the maternity benefit will be provided accordingly: 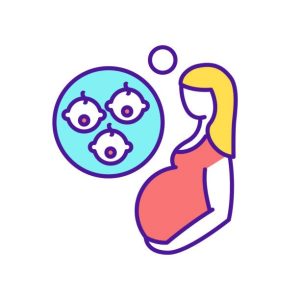 As per the provisions of Section 6 of the Act, a women employee is required to submit a written notice to her employer about the maternity leave mentioning the nominee in case of death. The notice should mention the date from which she will be on leave which shall not be more than 8 weeks from the expected date of delivery.

RESTRICTIONS AS TO RESIGNATION

As per the provisions of the act, there are no restrictions as to the resignation of the women employee after claiming the maternity benefits under the Act.

PAYMENT OF THE MATERNITY BENEFIT

As per the provisions of Section 6(5) of the Act, the amount for maternity benefits preceding the date of delivery shall be paid in advance and for the period after the delivery, the payment shall be made within 48 hours of production of proof.

As per the CCS Rules, 1972, for the government servants, maternity leave can be combined with any other kind of leave. Also, the maternity leave does not disturb the course of leaves otherwise.

DISMISSAL OF THE MOTHER

As per Section 12 of the Act, the employer, in case of gross misconduct can dismiss the employee or deprive her of the maternity benefit or the bonus or both by giving an order in writing. The term gross misconduct is not defined in the Act but Section 28 empowers states to decide what prescribes gross misconduct. In the case of National Tobacco Co. of India Ltd. and Ors vs Fourth Industrial Tribunal and Ors (1959) it was observed by the court that gross conduct in itself means dismissal. If there is a case of gross conduct, there will be left no scope for victimization and the employee might not be in a position to challenge the order.

The Maternity Benefit Act, after all the precedents and amendments, covers the majority aspects of leaves and other benefits to the mothers-to-be to facilitate and help them raise their child(ren) in the very crucial first few months of their life as taking care of the child is a fundamental right of both the child and the mother.

Author: Sanchita Arora – a  BBA.LLB Student at SLS (Nagpur), in case of any queries please contact/write back to us via email chhavi@khuranaandkhurana.com or at Khurana & Khurana, Advocates and IP Attorney.