Sports and games have no age bar. From children to adults everyone wants to play and enjoy. Playing helps people relax. E-sports and e-games (video games) are playing a very vital role for today’s generation.

Customarily, gaming firms used to build their games from the very scratch including writing all the codes, engines, and int

erfaces, basically all the running and functioning. Due to advent in technology, building and publishing a game is not a great deal, yet comes with it plethora of complications especially in respect to intellectual property rights (IPRs). But question of execution and implication of game infringement of foreign companies rights whose games are played and stolen in China needs attention. There is no specific legislation or provision to protect the interests of gaming IP holders. 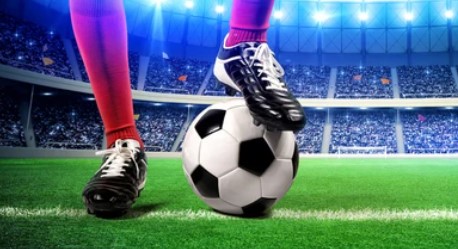 Recently gaming companies have started abandoning this traditional approach and have started collaborating with international giants to develop the mobile versions of games. Particularly in China, the new mobile gaming industry is very much embraced upon. To name a few, issues relating to copyrights and trademarks are some of the developmental challenges the gaming industry is facing.

Copyright law of People’s Republic of China as adopted and promulgated on September 7, 1990 is divided into six chapters which are further categorized into several sections and articles. Chapter 1 Article 3 cites:

“For purposes of this law, the term “works” includes, among other things, works of literature, art, natural sciences, social sciences, engineering, and technology, which are created in any of the following forms:

(4) works of the fine arts and architecture;

(7) graphic works such as drawings of engineering designs and product designs, maps and sketches, and model works;

(9) other works as provided for in laws and administrative regulations.”

Most of the games resembles movies these days, ergo just like a movie has plural copyrights, games can hold similar copyrights, like copyrights in storyline, choreography, graphic designs, cinematographic work, musical work oral works and of course the software involved in developing the game itself.

The definition provided under Chinese statute is broader than the one in India. In India, the classification of ‘work’ is divided into “a literary, dramatic, musical, artistic, cinematograph film and a sound recording.’

WHETHER OR NOT GAMING CHARACTERS BE PROTECTED UNDER COPYRIGHT?

Chinese game developers like Tencent and NetEase are trying hard to get IP rights for fictions including ‘Tom & Jerry, Game of Thrones, Pokemon, Naruto and Dragon Ball.’

As per Chinese Trademark law of the People’s Republic of China of 1982, Chapter1 Article 3, defines registered trademarks. A trademark can be registered only with the approval of trademark office and includes trademarks for goods, services, collective trademarks, and certification trademarks. Article 17 & 18 of the law provides for where a foreigner or a foreign company applies for trademark registration.

Article 10 & 11 of the statute identifies what all cannot be given trademark registration including national emblems, State and countries names, flags, any mark constituting deceitful advertising and so. This provision under Chinese statute is para materia to Indian provision. For any trademark to be registered it should have distinctive features and characteristics acquired through usage which allows people to distinguish it from the rest.

Mario Bros. for Nintendo, Solid Snake for KONAMI, Onmyoji by NetEase and Impact by Mihayo are certain games which have been granted trademark registration for their unique names and merchandise.

ANY OTHER IP, IF AVAILABLE?

Apart from copyright and trademark, a game producer can seek protection under Chinese Patents law for patents as well as designs. Patents for games is not very common in China though if granted will make a lot of sense, especially design patents.

The punishment for infringement under IP laws is quite stringent in China including fines and jail term. There will be instances where an infringer before copying or stealing with think twice if the game has Chinese IP protection. Although, it is not very easy for the foreign companies to come to China and get themselves protected under IP statutes.

Games like FIFA, PUBG, Call of Duty and Counter Strike have gained popularity during the times of self-quarantine and social distancing in the pandemic. Primarily, the gaming industry is making revenue from the sale of rights to broadcasters, sale of merchandise, advertising, and royalties from the streaming services. In India also, there is no specific provision to protect the rights. But rights of the game developers can be protected under copyright, trademark, patents, and design legislation in the country. The foundation of protection of video games can be firmly placed on Article 2 of the Berne Convention for the Protection of Literary and Artistic Works.

Although, registration of copyright and trademark is not compulsory in India, but if done ensures protection from infringement and other things. Section 14 of the Copyright Act, 1957, does not categorically provide for protection of a video game but the various components of the game can be protected under this provision. Again the element for copyright protection should not form a part of general element used in games of such category because then the doctrine of sćeńe à faire would apply.

In case of trademark, once the prerequisites of classifying a mark as trademark is done, the name of the video game or character can be trademarked under the law. Similarly, patent and design protection can also be granted in favor of the game producer.

The distress of gaming right holders is increasing with the increase in demand of video games. Laws relating to intellectual properties ensures such rights and benefits which can provide for long-term returns. Since it is difficult even for international organizations to interfere with Chineseaffairs, it can become difficult in time to come to safeguard the interests of the foreign companies or gaming rightsholders.

As far as India is concerned, there has arisen a need to acknowledge and implement a sui generis legislation for the country. This will help attract international gaming companies to come and invest here. In meantime, the role of judiciary, to protect the rights of producers, will be in spotlight and will play a decisive bit.

Author: Upasna Rana – a student of LLM IIT Kharagpur, currently doing internship  at Khurana & Khurana, Advocates and IP Attorney, in case of any queries please contact/write back to us via email chhavi@khuranaandkhurana.com.