The Representation of the People Act, 1951 (hereinafter referred to as ‘The Act’) was amended in the year 1996. The amendment added a new section 135B which centered around the grant of holiday on the day of voting and without deduction of salaries of workers. In a nutshell it stated that a paid holiday shall be granted by an employer to every employed person who is entitled to vote.

The Right to Vote is a constitutional right that is guaranteed to every citizen of India who has attained the age of majority (eighteen years) and is not disqualified by the Constitution or any other law to cast a vote. This right cannot be exercised if voters are kept from voting on the poll day for reasons of work. Thus, receiving a paid holiday on the day of voting is a right of every employed person as laid down under section 135B of The Act. 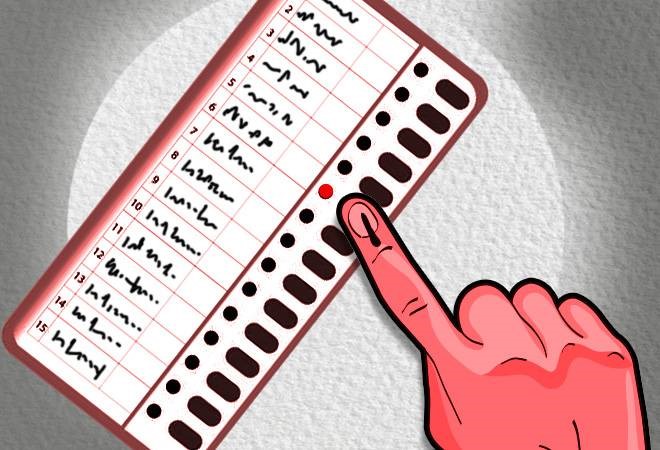 Section 135B comprises of four subsections that in essence state that an employed person who is entitled to vote for elections of the Legislative Assembly of State or House of the people shall be granted a paid holiday on the voting day. In case the employer fails to abide by the same, he/she shall be punished with a fine extending to five hundred rupees. One exception is also mentioned in Section 135B with respect to an elector whose absence might cause danger to his employment or result in a significant loss of income. Section 135B would not apply to such an elector.

The Ministry of Personnel, Public Grievances and Pensions (Department of Personnel and Training) on 10th October, 2001 via an Office Memorandum issued certain guidelines with respect to the closing of Central Government Offices including industrial establishments on the poll day. The guidelines stated that such organizations shall be granted a holiday with respect to the general election to Lok Sabha or State Assembly Elections. In case of bye-elections, only bonafide electors and electors who are ordinarily residents of a particular constituency wherein general election or bye-election are scheduled to be conducted but are employed in any Central Government Organisations or Industrial Establishments located outside the constituency, shall be granted special casual leaves for enabling them to exercise their Right to Vote. The guidelines also commented on the scenario of local body elections; reasonable adjustments in order to facilitate bonafide voters to vote, like government employees to be permitted to either come to the office late/leave the office premises early or be granted a short leave. Those who are on Election Duty should also be given holiday(s) on poll day(s) and or any such holidays that are reasonably required by them in order to commute from one place to another to perform their Election Duty.

Despite the existence of a law governing the grant of paid holidays and guidelines issued by the Department of Personnel and Training, many employees are denied paid leave(s) on poll day(s). The Department of Personnel and Training keeps on issuing Office Memorandums as and when elections approach in order to mandate the grant of paid leaves to employees.

Even the Election Commission of India had issued a letter on 30th March, 2009 post directions from the Hon’ble High Court of Bombay at Panaji to take prompt actions with respect to granting of holiday on the day of poll in case of a general election and bye-election to the House of People and State Legislative Assemblies after a writ petition for the same had been filed before the Hon’ble High Court by Goa MRF Employees Union. The letter intended to explain and elaborate on the meaning of section 135B of the Representation of People Act, 1951 by discussing a situation wherein a person is ordinarily a resident of a particular constituency and is a registered elector in the same but is currently employed somewhere outside the constituency. In such cases, too Section 135B would apply and the employee would be granted a holiday on the day of the poll in the constituency in which they are ordinarily a resident so as to not violate the person’s Right to Vote. Further, it was stated that the application of Section 135B shall also extend to daily wage and casual workers. They too would be entitled to a holiday without deduction of their wages on the poll day.

A writ petition was filed before the Hon’ble High Court of Judicature at Madras by M. Ahamed Shahjahan seeking issuance of a Writ of Mandamus in order to direct the respondents to comply with Section 135B of the Representation of People Act, 1951 and grant paid holiday to casual labourers. The petitioner pointed out that employers usually do not grant paid holidays to their employees on the election day and hardly any action is taken against those who violate Section 135B. The Election Commission noted that this could be because the fine is so trivial that it fails to act as a deterrence. The Hon’ble High Court ordered the State Government and the Election Commission to issue notifications in order to spread awareness about the right of employees to have a paid leave on the poll day and in case such right is violated and a complaint is made, criminal proceedings may be instituted against the wrongdoer employer.

In a case of Raptakos Brett Employees’ Union v. Brett and Company Ltd., the respondent argued that the employer did not have a public duty to grant paid leave to employees on the day of the poll. The Hon’ble Madras High Court found no substance in this argument and held that under Section 135-B of the Act, employers are required to give a paid leave to employees on the day of the poll. As mandated under Section 135-B of the Representation of People Act, 1951 employers cannot and shall not choose to deny paid holidays to their employees. Following the addition of Section 135-B to the Act, any citizen who works in an establishment can file a complaint with the Hon’ble High Courts or the Apex Court under Article 32 of the Indian Constitution regarding a violation of a fundamental right with respect to participation in the democratic election process, and not being granted paid vacation as required by the said Section. employees paid time off.

Grant of paid holiday on the poll day is necessary for exercising the Right to Vote. The right of employees to be granted paid holiday(s) on election day is provided under Section 135B of the Representation of People Act, 1951. Any transgression committed by employers with regard to election and grant of paid holiday is subjected to penalty as per Section 135B. This provision is still not known to many people leading to deprivation of paid leaves on election day to employees which in turn leads to many of them being unable to cast votes. There have been numerous judgments by courts addressing the issue of denial of paid holidays to employees on voting day. Various notifications issued by the Election Commission and ministries like the Ministry of Personnel, Public Grievances and Pensions help in spreading the much-needed awareness about this right of employees.

Author: Sonakshi Pandey – a student of Symbiosis Law School (NOIDA), in case of any queries please contact/write back to us via email chhavi@khuranaandkhurana.com or at Khurana & Khurana, Advocates and IP Attorney.