Role Of IP In Standup Comedy

Standup comedy has become the new buzz around town. Where earlier comedians were used only as fillers on stage or shows, now they are doing standup specials on platforms like Netflix. In India, Vir Das became the first comic to have his own Netflix Special in 2017 titled, Vir Das: Abroad Understanding. After him, comics like Kenny Sebastian, Kannan Gill and now even Kapil Sharma have bagged their own Netflix Standup specials. 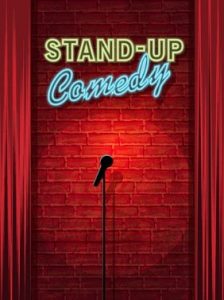 There has been a drastic rise during the last 5-10 years in the number of comedians and standup shows. It was especially during the pandemic when content consumption was at its peak that laughter became the best medicine for most people. A Netflix spokesperson told The Times of India that “Indian Viewers (61%) are most likely to watch comedy ahead of their global counterparts (44%). In general, comedy sees a 34% increase in viewing at 7am.”

When platforms such as Netflix and Amazon Prime are making comedy reality shows like Comedy Premium League and Comicstaan to bring young talent into limelight, then we need to have a legal framework to protect the rights of these comedians.

As standup comedy is a unique work of art created by the intellect of a comedian, Intellectual Property Rights come into play for its protection. Even though standup comedy feels like going on stage and talking to your audience, it requires a dedicated set of writing, editing and performing the work. As the work gets fixed in a tangible form and ideas are converted into a particular expression, The Copyright Act comes into picture for the protection of comedian rights.

To be eligible for copyright protection, standards of originality, fixation and satisfaction of the idea-expression dichotomy are must.

The Indian Copyright Act, 1957 under Section 13(1) grants copyright protection to ‘original’ literary works. The Supreme Court in Eastern Book Company v. D.B. Modak has laid down standard of originality in India. It has relied on Supreme Court of Canada’s judgement in CCH Canadian Ltd. v. Law Society of Upper Canada The court stated that minimal degree of creativity is more important than a novel or innovative idea in copyright law. It further held that a work should not merely be a product of labour and capital, and some level of creativity is required.

Applying this in Stand-up comedy, a comedian can protect his jokes as literary work if they originate from him and have a minimal level of creativity in them. In University of London Press v. University Tutorial Press, the House of Lords defined literary work as any work that is printed or in writing, irrespective of its ‘literary quality’. So, the minute a comedian prepares his jokes for the show and fixes it in writing, copyright exists automatically.

The basis of Copyright law rests on the contention that ideas in itself are not protected. It is only the particular expression that gets protection. The same is provided under Article 9 (2) of the TRIPS Agreement and Article 2 of the WIPO Copyright Treaty. It is because of this dichotomy that we see so many movies based on the idea of romance, however, each of them has their own individual way of expressing this same underlying idea. The Supreme Court in R.G. Anand v. Deluxe Films,  laid down a seven-step test which clearly stated that mere similarity in theme or subject matter is not enough to constitute copyright infringement. Copyright protects the expression and not the idea.

In the case of Stand-up Comedy, it is argued that the jokes are basically ideas of the comedian and they cannot be separated from one another. Thus, cannot receive copyright protection.

But let me ask you this, don’t you feel there is a difference in the way in which Anubhav Singh Bassi tells his stories and the way Rahul Dua does? The basic idea underlying their set is storytelling, but their stories and the way the express it in on stage is totally unique.  Therefore, in Foxworthy v. Custom Tees, when the comedian starting words were someone else’s ending phrase of the punchline, a question arose regarding copyright infringement and joke theft. The court held that ‘two entertainers can tell the same joke, but neither entertainer can use the other’s combination of words.’ Thus, while the basic idea for a joke can remain same, the expression of the comedian is always unique and cannot be copied. This affirms that originality standard coupled with individualist creativity of a performer, is a subject matter of copyright protection.

Moreover, a blanket ban on stand-up comedy for copyright protection cannot exists. Stand-up comedy has the element of performance which separates it from mere jokes. There are comedians who perform their acts on stage rather than just delivering jokes. They sometimes take up different characters or change their voice to bring about a different personality. The perfect example for this is the comedian Aakash Gupta. He brings another character energy into his shows and you can actually see that he performs on the stage. For such comedians, the Foxworthy judgement does not do justice. It falls short in such stage-persona driven comedy and long-form narrative as protection is not only sought for jokes being used verbatim but also for the effort made to build a stage personality. In such cases, it is the expression that brings laughs and not the idea. Therefore, the test of substantial similarity should be used in these cases to determine infringement.

The Indian Copyright Act, 1957 provides protection for such comedians by protecting their expression as Dramatic Work.

Section 2(h) defines dramatic work as any piece of recitation, choreographic work or entertainment in dumb show, the scenic arrangement or acting, form of which is fixed in writing or otherwise but does not include a cinematograph film. Although performance element has not been statutorily mentioned, it has been determined by various case laws. One of which is Norowzian v. Arks Ltd. In this case, it was held that if a dance routine could only be performed by machine techniques and not by a human being in real life, then it will not constitute dramatic work under the Act. Thus, performative element is essential to avail dramatic work protection under the Act.

Hence, performance of stand-up comedians can be protected as dramatic work.

Stand-up Comedy is exponentially growing in India and protecting rights of such artists in a developing country like ours is must. Instances of Joke Theft are numerous and social sanctions are made against the comic who commits such an act but no legal recourse is taken. Therefore, through copyright protection such comedians are given the assurance that their intellectual creativity is adequately protected and more are encouraged to enter this industry.

Comedians’ rights are no joke and they deserve to protect their legitimate interest when they are making most of the world laugh. The times when only social sanctions were sufficient to deter a person are gone. Comedians should be able to approach the court of law to protect Joke Theft and enforce their rights.

Author: Author: Sampada Kapoor (intern) – a student of LLM (IPR) from Amity University, in case of any queries please contact/write back to us via email chhavi@khuranaandkhurana.com  or at Khurana & Khurana, Advocates and IP Attorney.