The United Arab Emirates is made up of seven emirates: Abu Dhabi (the capital), Ajman, Dubai, Fujairah, Ras Al Khaimah, Sharjah, and Umm Al Quwain. The UAE has an open economy with a high per capita income and a large yearly trade surplus thanks to its naval history and unusually enterprising culture. The country’s free trade zones, which allow for 100 percent foreign ownership and zero taxes, are also attracting global investors. The UAE offers a prominent site for the introduction and promotion of multinational brands, as well as an international centre for transit trade in the region, due to its well-known reputation for having one of the most robust anti-counterfeiting regimes in the Middle East and North Africa (MENA) region. Despite these noteworthy facts, criminal organisations seek the UAE as a point of entry for the re-export of counterfeit goods. Local ports are said to handle and process around 20 million containers every year, with Dubai’s Jebel Ali Port handling the majority of the shipments. Dubai’s ports and FTZ facilities make it an appealing route for counterfeit cargo and transit traders, in addition to providing great service to local, regional, and multinational importers and exporters. 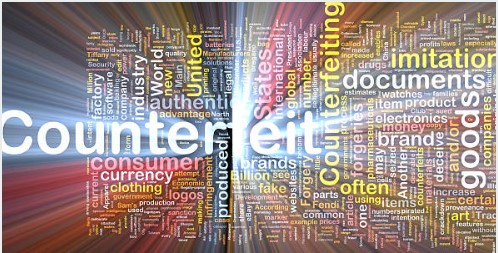 The trademark law (federal law) 37/1992 was enacted in 1992 by the United Arab Emirates, and it was revised in 2002 to align the regime with the Agreement on Trade-Related Aspects of Intellectual Property Rights (TRIPs). The 2002 revisions comply with worldwide trademark protection requirements, allow for trademark registration for both products and services, and recognise and protect well-known trademarks.

The Trademarks Law is the primary statute that governs trademark enforcement. Other UAE laws, on the other hand, give a variety of enforcement mechanisms for infringing behaviour, including:

Despite the fact that the trademark regime was only recently implemented, the United Arab Emirates has proven to be a quick study, particularly when it comes to trademark enforcement. There is already a substantial corpus of case law, with courts establishing standards for what constitutes trademark usage, infringement, confusing likeness, well-known trademarks, and probability of confusion. In addition to fines, the courts are skilled at issuing confiscation and destruction orders.

MEASURES AGAINST COUNTERFEITING OF GOODS

Protection through the customs authorities

Brand owners can use customs officials to assert their rights and prevent goods from entering the UAE market that infringe on their trademarks. Rights holders, in particular, have the option of registering their trademarks – which are registered with the UAE Trademark Office – with customs authorities so that they can be monitored. This technique has shown to be extremely effective. Fines, confiscation, and the destruction of counterfeit items are among the penalties applied.

It should be noted, however, that the UAE lacks a central customs recording system. As a result, each Emirate must conduct its own recording. Currently, the Emirates of Abu Dhabi, Dubai, Sharjah, Ajman, and Ras Al-Khaimah allow trademark registration through their individual customs offices. Furthermore, brand owners can and should teach cops in order to familiarise them with the originals and common counterfeits.

When brand owners discover counterfeit items on the market, for example, through market investigations they can submit criminal charges with the police or the public prosecutor. The case will be investigated, raids will be conducted, and if the allegations are proven, the case will be moved to a criminal court. It should be noted that while there is no fee for filing a criminal complaint with the police, the goods must be stored at the complainant’s expense until a verdict is rendered.

Fines and even prison sentences can be imposed by a criminal court, as well as the confiscation and destruction of infringing items. The UAE Trademark Law (Federal Law No. 37 of 1992, as revised by Federal Law No. 8 of 2002, Art. 37 ff.) and the Anti-Commercial Fraud Law provide concrete law foundations for the remedies and their scope. The court may further order the defendant’s premises to be closed and the decision to be published at the infringer’s expense.

Another alternative for trademark owners is to initiate a legal case against the offender, as stipulated by UAE Trademark Law (Federal Law No. 37 of 1992 as amended by Federal Law No. 8 of 2002, Art. 37 ff.). A civil action can be brought after or without a criminal complaint, or it can be filed concurrently with the criminal proceeding. The latter action has the advantage of allowing the criminal court to evaluate evidence produced in the civil case. If the tort, the damages, and the causal relationship between the two are proven, the court will give the rights holder damages. Furthermore, the infringer may face a travel ban.

Administrative actions are a more efficient and cost-effective way to deal with infringements. In Abu Dhabi, Dubai, and Sharjah, the Department of Economic Development (DED) is in charge, whereas the Ministry of Economy is in charge in the other Emirates. Trademarks can be registered to ensure that they are controlled. They can also file infringement complaints against infringers. Fines against infringers, as well as confiscation and destruction of products, will be levied for administrative measures, which will include investigations and raids. Repeat violators may face temporary closure of outlets, while rights holders in the pharmaceutical industry may contact the Ministry of Health about infringements.

If the rights holder can link the offender to a local company or individual in the United Arab Emirates, court action may be available as a remedy for online infringement. In some situations, this might result in a website being restricted until the infringement issue is resolved.

In the United Arab Emirates, a specialised police branch tasked with combating electronic crimes is in charge of researching online links and websites linked to counterfeit goods. The division may take efforts to prevent UAE internet users from accessing such connections, thereby reducing the impact of online counterfeiting.

The Dubai Department of Economic Development has been actively fighting online counterfeiting due to the expansion of e-commerce and increased sales through:

Since it began efforts against online counterfeiting in 2016, the Dubai Department of Economic Development has closed over 8,000 pages and accounts on social media websites.

In the United Arab Emirates, rights holders can take a number of preliminary steps to aid enforcement operations. These differ based on the products’ nature. However, in light of past experience and precedents, the techniques and procedures listed below are essential components of a strong enforcement programme.

Recordal with customs authorities and training

In the United Arab Emirates, several customs administrations allow trademark owners to register their trademarks. This file contains basic information on the trademark as well as examples of its use. All inspectors have access to the materials because they are saved electronically. Workshops are also held by the government. While it is recommended that rights holders request extra training offsite, it is difficult to gather all customs inspectors in one room outside of the customs department’s planned training workshops. Field customs inspectors and enforcement officials from other government entities frequently attend such workshops; consequently, rights holders should participate and boost their profile with officials to increase awareness of their trademarks. Other enforcement authorities, including as the departments of economic development in the several emirates and the police, must be involved in addition to customs authorities.

Packages and labels should be registered as three-dimensional marks by rights holders. This has proven to be a crucial step in the fight against passing off, trade dress, and lookalike trademark violations. Non-traditional trademark applications are now accepted by the UAE Trademarks Office.

In addition to the usual legal remedies available, pharmaceutical rights holders may report any cited infringements to the Ministry of Health, which is in charge of monitoring pharmacies.

Despite its modest size, the United Arab Emirates devotes a significant amount of domestic enforcement to anti-counterfeiting. This regime has been formed by a proactive government, together with an unusually high number of enforcement actions, due to the law’s youth. Rights holders have made a good contribution to the establishment of this system and will almost certainly continue to defend their rights in this profitable market. When determining which enforcement method to pursue and investing in an adequate anti-counterfeiting scheme, rights holders must select their battles carefully.

The UAE government has provided brand owners with a variety of efficient tools for combating trademark counterfeiting. Counterfeit items can be prohibited from entering the UAE market by customs authorities, or confiscated and destroyed by courts or administrative processes, with fines for infringers. It is recommended that rights holders and their Intellectual Property lawyers collaborate with authorities to build a strategy for utilising the available resources in their case.

Author: Anuja Saraswat – a student of  B.A.LL.B (Hons.) from NMIMS Kirit P. Mehta School of Law (Mumbai), in case of any queries please contact/write back to us via email chhavi@khuranaandkhurana.com  or at Khurana & Khurana, Advocates and IP Attorney.