Registrability of A Device Mark Containing the Map of India

If your trademark, device mark or logo mark consists of your country’s national map, then can you register it without the examiner objecting to such depiction? The answer is – Yes. A recent judgement delivered by the Delhi High Court sets the precedent for trade mark applicants wanting to register their device mark but are stuck in a dilemma about its registrability because their mark may contain the national map of India. This blog provides a complete breakdown of this judgement, and explains why, prospective applicants need not worry about this particular objection and how they can overcome such an order from the Registrar if they find themselves in such a situation.

Facts of the case 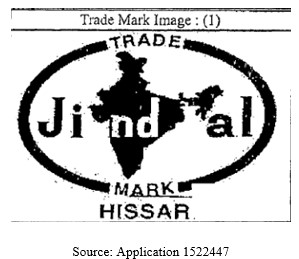 Section 9 of the TM Act provides for absolute grounds for refusal of registration of a Trade Mark applied for registration. The registrar in the Trade Marks office can raise objections in an application on grounds provided under both Section 9 and 11 of the TM Act, during its examination. Clause ‘d’ of sub-section ‘2’ under Section 9 states that a trade mark shall not get registered if its use is prohibited under the Emblems and Names (Prevention of Improper Use) Act, 1950. The Emblems and Names Act, defines “emblem” as any emblem, seal, flag, insignia, coat-of-arms or pictorial representation and “name” as any name which includes any abbreviation of a name. Further, the Emblem and Names Act prohibits the registration of a trade mark which bears any emblem or name. However, the use of an outline of the national map falls beyond the scope of “emblem” as defined under the Emblems and Names Act. Therefore, the registrar’s objection against the use of the outline of the national map, in this case, was absolutely unfounded.

Judgement of the High Court

The appellant in this case had secured permission from the Survey of India for the use of the national map in its device mark. The appellant also relied on multiple trademark applications, having a similar device mark containing the map of India. The Delhi High Court after taking into account the facts at hand, held that:

The court, therefore, set aside the decision of the trade mark registrar and directed its office to proceed with the mark’s registration by advertising it for third-party oppositions.

The Delhi High Court’s judgement clears the air on confusion surrounding Section 9 (2) (d) of the TM Act. Likewise, The Emblems and Names (Prevention of Improper Use), nowhere forbids the use of the Indian map’s outline under its definition of ‘emblem’ and the same can be corroborated by considering various registered trademarks who depict the national map with their trade name. The registrar’s objection to the mark’s non-uniqueness would have still hold water, but raising objection on a character that is not restricted and has been adopted by various other applicants previously, was bound to be appealed and overturned by the court of law.

Author: Bedotroyi Gupta from Savitribai Phule University, in case of any queries please contact/write back to us via email chhavi@khuranaandkhurana.com or at Khurana & Khurana, Advocates and IP Attorney.