An application for registration could be objected by the Trade Marks Registry for number of reasons under Section 9 and 11 of the Trade Marks Act, 1999. Naturally, if one’s proposed trademark is similar to an already registered trademark, it is bound to be objected. The aforesaid similarity between two trademarks could be visual, structural, etc. Interestingly, one of the points of reference of similarity is phonetic identity of a trademark. 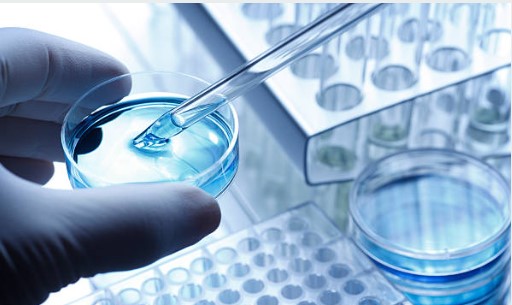 Before the author goes any further, it is essential to understand, in the context of this article, what the term phonetic similarity even means. Simply put, phonetic identity of a word derives from its sound when the word is being pronounced. There are plenty of instances where two or more words when being pronounced, sounds exactly similar to one another. For instance, two and too; know and no; our and hour.

Similarly, the concept of phonetic identity exists in trademark law as well. If a trademark is registered as a word mark, it will have its own phonetic identity. In fact, as earlier mentioned, phonetic identity is one of the elements of objection for trademark registration, and can be used for objection or rejection of proposed trademark. The instant case titled Sun Pharmaceutical Industries Ltd. and Anr. v. Kinetic Lifescience (Opc) P. Ltd. and Anr., CS (COMM) 241/2021 & I.A. 6745/2021, is based on this exact issue. Through this recent case of April 2022, the Hon’ble High Court of Delhi, inter alia reaffirmed the significance of a phonetic identity.

Sun Pharmaceutical had coined a word mark ISITE in the year 1997 and it has been in the use ever since. Given how well the business of Sun Pharmaceutical is established and the longevity of their trademark’s use, it was claimed that their mark is eligible for well-known trademarks under Section 2(1) (zb) of the Trade Marks Act. It was only in the month of May 2021; Sun Pharmaceutical came to know about that Kinetic Lifescience’s impugned mark ‘EYESITE’. The aforementioned trademarks, ISITE and EYESITE, being similar phonetically, can cause confusion in the minds of consumers. Further it was being used under the same class as that of Sun Pharmaceutical, i.e., Class 5. And therefore, the present suit was filed.

For the purpose of the article, the relevant issue here was whether Kinetic Lifescience’s mark ‘EYESITE’ is deceptively similar to Sun Pharmaceutical’s mark ‘ISITE’.

Among other such arguments, one of the key contentions, relevant for the purpose of article, which was submitted by the counsels for Sun Pharmaceutical was that EYESITE was phonetically, structurally and visually similar to their mark ISITE. It was contended that as their mark is a registered one, any such impugned similar mark would infringe their rights under Section 29 of the Trade Marks Act.

Interestingly, except for once for twice, as noted in the 20th paragraph of the judgement, no submissions/pleadings were recorded on behalf of Kinetic Lifescince in majority of the case. Even the Order which was passed with regard to the interim application in the initial stages of the case was passed ex-parte.

To first directly answer the issue, it was held by the Hon’ble High Court of Delhi that indeed the impugned mark EYESITE is deceptively similar to the registered mark ISITE and is likely to cause confusion among the consumers.

The Hon’ble High Court observed that the marks when being compared as a whole would not leave any scope of doubt that these marks are phonetically identical and visually similar.

An emphasis into lots of precedents was given by the Hon’ble High Court before reaching such a conclusion. For instance, in the case of Amritdhara Pharmacy v. Satya Deo Gupta, noted in (1963) 2 SCR 484, the word marks ‘Lakshmandhara’ and ‘Amritdhara’ were held be similar by the Hon’ble Supreme Court of India. Further, in the case of K.R. Chinna Krishana Chettiar vs. Shri Ambal and Co., Madras and Anr., noted in (1969) 2 SCC 131, it was held by the Hon’ble Supreme Court that the words ‘AMBAL’ and “ANDAL’ were similar on the basis of phonetic similarity. Moreover, in the case of M/s. Hitachi Ltd. v. Ajay Kr. Agarwal and Ors., noted in 1995 (2) Arb. LR 348, the two words in issue were ‘HITACHI’ and ‘HITAISH’. Even though the former one was in English language and the latter being in Hindi language, the Hon’ble Division Bench of Delhi High Court held that the two words have phonetic similarity between them and sound similar when being pronounced.

Pertinently, the judgment also carries a summarized version of criteria for similarity, in its 42nd paragraph. The third criterion specifically mentions phonetic identity/similarity as one of the factor. And therefore, on the basis of relevant precedents, legal provision and arguments by the counsels for Sun Pharmaceutical, this particular issue of phonetic identity was decided in their favour.

In author’s opinion, pharmaceutical industry and pharmacy is a very sensitive topic. Every possible attempt shall be made to avoid any scope similarity of trademarks in this industry. This is so because it is matter of one’s health. Howsoever little, there does exist, at least in some cases, difference in the quality, research, effectiveness of medicines/tablets/etc. of two different brands. At times, it is also seen that some consumers stick to only one brand of medicines, if possible, due to these factors, as their body is able to adapt to it when compared to other brands. And in such a situation if a consumer falls for mischievous attempt, by supposedly a fake or counterfeit brand of medicines sporting similar trademark as that of a well-established and reliable one, then it would not only violate consumers rights, but more importantly, could have dreadful consequences in the society. There is a severe need of awareness in such subject-matters and topic, which indispensably tend to have negative impacts to the society. Moreover, in terms of business ethics as well, businesses/companies shall not indulge in such unjust and unlawful actions merely for the sake of their growth and profit. In such cases, it all ends up in exploiting innocent consumers at the expense of their health.

Author: Vaibhav Gupta a student of Presidency University, Bangalore, in case of any queries please contact/write back to us via email chhavi@khuranaandkhurana.com or at Khurana & Khurana, Advocates and IP Attorney.