Who Really Gets to Decide A Well-Know Mark?

The statutory provisions relating to trademarks, deem the registrar in the trade mark office as the authority for determining whether a mark is well-known or not[i]. However, there are more marks adjudged as “well-known” by the courts, than determined by the Registrar at the Trade Marks office. This glaring contradiction between the law and practice, should raise a pertinent question of who makes for a better arbiter in determining a mark as well-known. This blog attempts to address this contradiction and the interplay between the courts and trademarks Registrar in deciding and determining the status of a mark. 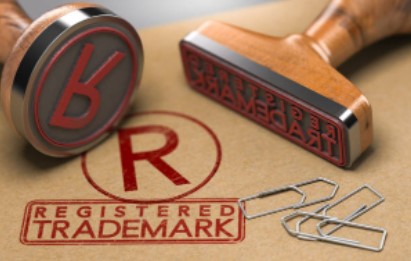 What the Courts have to say so far?

The Courts in India, so far, have had no objection, in terms of authority, in granting the safeguards and status of a “well-known mark” to a trademark. One of the earliest decisions on this subject was through the Delhi High Court judgement of Daimler Benz and Another vs Hydo Hindustan (1993)[vi], in which the Court granted the Plaintiff’s trademark ‘Benz,’ a “well-known” trademark in a suit of passing off.

An exception to this trend would be the Madras High Court’s divergence in rendering a mark as “well-known” as it did not think that the Court was an appropriate authority in determining whether a trademark is a well-known trademark[vii]. In the instant case, the Plaintiff, TEXMO Industries, that has been manufacturing agricultural motor pumps for a considerable amount of time, had prayed that its trademark be declared a “well-known” trademark, thereby restraining the defendant, and everyone else for that matter, from deceptively using its “well-known” mark. The Court in this case felt that the court could only come to such conclusion with at least one relevant section of the public, on careful reading of Section 11 (8) and other related provisions of the Act. The Court, in the instant case, felt that it was not an expert on determining whether a particular trademark be granted a “well-known trademark” and that “the court cannot substitute itself for the Registrar of Trade Marks who is the competent authority to examine the relevant statistics to declare that a mark is a well-known mark.” The Court posed this question to be answered by a larger bench. The court felt that the relevant factors in determining a well-known trademark[viii], namely, “the knowledge or recognition of that Trade Mark in the relevant sector of the Public, the duration, the extent and the geographical area of any use of that Trade Mark and including advertising, publicizing and presentation of an exhibition of the goods” and other such conditions enumerated under Section 11 (6) and (7) of the Act, are better determined by the Registrar. The Court’s observations in this case, not only diverge from the trend set by Courts across India, but also the flexibility insinuated in the statutory provisions pertaining to well-known trademarks.

The judgement delivered by the Madras High Court, has been an exception to what has been the norm in deciding and determining the status of a mark. Despite of the glaring contradictions between the law and practice, so far, the Courts in India and the Registrar have coexisted while determining whether a trademark is a well-known mark. However, some clarity on the subject of authority, while deciding and determining the status of a trademark, would be much appreciated.

Author: Bedotroyi Gupta from Savitribai Phule University, in case of any queries please contact/write back to us via email chhavi@khuranaandkhurana.com or at Khurana & Khurana, Advocates and IP Attorney.