If a cryptocurrency fits the following conditions, it is deemed a virtual digital asset and is taxable under the Income Tax Act of 1961: 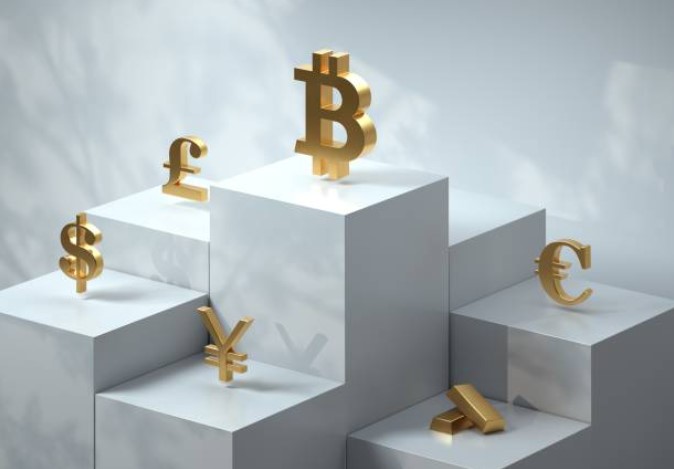 Government-issued digital currencies, both domestic and international, are expressly excluded from the definition of virtual digital assets.

NFTs have been included in the scope of virtual digital assets by direct reference.

Furthermore, the government has the authority to define which types of digital assets are omitted or included within the definition of “virtual digital assets.”

The suggested framework for taxing gains from virtual digital assets is different from that proposed for profits from other types of capital assets. When calculating the tax incidence, expenditures connected with acquiring, keeping, or selling virtual digital assets, for example, are not deducted from the gains emerging from their transfer. Furthermore, any losses incurred as a result of the transfer of such assets may not be recognised as a capital loss that may be offset against any capital profits or any other type of income (such as from salary, from a business or profession, or from a housing property, other capital gains, or any other form of income). As a result, the benefit of carrying forward and adjusting capital losses over the next eight years, which is available to other types of capital assets, will not be available to virtual digital assets.

The Government of India’s Position on Cryptocurrencies

Following the lacklustre impact of previous warnings, the RBI took a new strategy in April 2018, releasing a circular prohibiting banks and other financial institutions from supporting cryptocurrency trading on both domestic and international exchanges. Indian bitcoin exchanges virtually went out of business as a result of these directives.

The Internet and Mobile Association of India challenged this in the Indian Supreme Court in May 2018, claiming that the circular amounted to a rejection of cryptocurrency dealers’ fundamental freedom to carry on any trade or profession, and so violated Article 19(1)(g) of the Indian Constitution. The Supreme Court overturned the RBI circular in March 2020, stating that the RBI is not entitled to impose excessive limitations on Indian cryptocurrency exchanges in the absence of any legislative ban on the purchase or sale of cryptocurrencies.

The Cryptocurrencies & Regulation of Official Digital Currency Bill, 2019, was introduced in December 2019 with the intent of making the possession, sale, or trade of cryptocurrency illegal and punishable by up to ten years in jail, a fine, or both. Other applications of the underlying distributed ledger technology for experiments, research, or education were also differentiated and approved under the bill. It also allowed RBI to launch a digital currency that was backed by the government.

The Reserve Bank of India (RBI) has expressed its concerns about the legalisation of cryptocurrency transactions, citing their potential to destabilise the Indian economy and circumvent government attempts to monitor and restrict the movement of money through illegitimate means and for nefarious purposes.

In light of this, the RBI recommends taking a tough stance and prohibiting and criminalising any decentralised cryptocurrency transactions. This is in stark contrast to the Central Government’s intention to grant legal status to virtual digital assets. As a result, the future of virtual digital assets is unknown due to the diverse perspectives on their legality, as well as the developing views of courts.

While the Indian government continues to reject cryptocurrencies as legal money, the Finance Bill recognises the potential applications of blockchain technology and announces India’s very own Central Bank controlled Currency (CBDC), which will serve as the digital equivalent of the Indian rupee. Because the RBI would be the regulator for such a digital currency, it would be different from other cryptocurrencies, which are now decentralised.

In the digital economy, where does India stand on intellectual property rights?

Several recent bilateral and regional Free Trade Agreements (FTAs) appear to be exporting IP protection requirements that go well beyond the Accord on Trade-Related Intellectual Property Rights (TRIPS). The Trans-Pacific Partnership (TPP), the Trade in Services Agreement (TISA), the Regional Comprehensive Economic Partnership (RCEP), and the Transatlantic Trade and Investment Partnership are among these free trade agreements (TTIP).

The TPP, RCEP, and TISA will all include some kind of IP norm-setting that alters the TRIPS balance in favour of rights-holders. It is plausible to assume that the TPP and TISA clauses would result in the loss of what is viewed as “sovereign” internet regulation, a tradeoff balanced by lower entrance barriers for Indian digital businesses into the global market. It’s worth emphasising, however, that most TPP clauses are subject to a ‘ratchet clause,’ which means that the reduction of barriers is a one-way process. In the area of intellectual property, it’s worth noting that the RCEP draft imposes harsher responsibilities in several cases than the TPP. The fact that the TISA puts greater limits on e-commerce and the free flow of information in some areas than the TPP is less unexpected. This is because the TPP may be viewed as a type of lowest common denominator among the FTAs examined, but the TISA, which includes the EU and the US as parties, obviously caters to the interests of developed countries on a bigger scale.

Recent FTAs appear to be exporting IP protection requirements that go well beyond the Accord on Trade-Related Intellectual Property Rights (TRIPS). The Trans-Pacific Partnership (TPP), the Trade in Services Agreement (TISA), and the Regional Comprehensive Economic Partnership (RCEP) are among these free trade agreements (TTIP). It is plausible to assume that the TPP and TISA would result in the loss of what is viewed as “sovereign” internet regulation, a tradeoff balanced by lower entrance barriers for digital businesses into the global market.

Author: Ashita – a student of BVP New Law College (Pune), in case of any queries please contact/write back to us via email chhavi@khuranaandkhurana.com or at Khurana & Khurana, Advocates and IP Attorney.