Stem cells are cells that have the ability to differentiate or develop into different types of cells. This distinguishing feature confers significant medicinal value, since they can decipher numerous mysteries about living creatures, mortality, and diseases, and may even be able to treat them. Patent law and policy, which converge between science and law, present their own set of hurdles to achieving exclusivity. To be patentable in India, inventions must meet the criteria of novelty and inventive step while also being outside the scope of Section 3 of the Patents Act [1970]. Section 3 adds to the patentability bar by listing inventions that are not patentable. As a result of this provision, the claim scope awarded in India is frequently different from that given in other countries. We’ll talk about how to patent stem cell-related inventions in India in this blog. 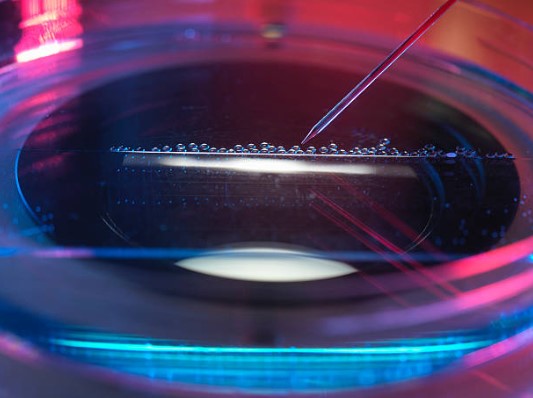 Some stem cell inventions, such as unique and novel synergetic compositions and methods of processing, differentiating, preparing, and obtaining stem cells, may be patentable if they do not fall within Section 3(b) of the Patent Act [1970].This provision excludes from patentability inventions whose use or commercial exploitation could jeopardize public order, morals, or the environment’s or living species’ health. Article 27(2) of the TRIPS Agreement gave rise to Section 3(b). TRIPS [Trade-Related Aspects of Intellectual Property Rights] includes a caveat that such exclusion from patentability should not be based solely on the fact that the invention’s abuse is illegal.

In stem cell-based inventions, the source of stem cells is of primary importance. Because ESCs are obtained by the destruction of embryos, moral and ethical issues arise. When commercial exploitation is thrown into the equation, the problems become even more complicated. The Indian Patent Office, or IPO, has had a number of run-ins with stem cell-based invention patent registration applications.

When a patent application in India, 1492/DELNP/2007, was challenged under Section 3(b), the applicant or candidate claimed that the stem cells were taken from the umbilical cord, which is normally discarded after birth and was taken with the mother’s consent. The cord collection was also discussed in the specification, and the application was approved.

Initially, Indian Patent Application 4551/CHENP/2008 claimed a technique for selecting cardiomyocytes from a cell mixture that included cardiomyocytes and non-cardiomyocytes produced from embryonic stem cells or cells with similar characteristics. A disclaimer was added to the claim that no cells derived from human embryonic stem cells were used to overcome the Section 3(b) issue. The claims of Indian Patent Application 6526/CHENP/2008 have an identical disclaimer. In both of these cases, the specifications stated that the disclosed inventions may be used using stem cells obtained without the use of human embryos. IPA 3649/DELNP/2008 requested clarification from the Indian Patent Office. Whose claim entailed parthenogenetically stimulating an unfertilized human egg to produce pluripotent human stem cells. The applicant claimed that a parthenote was not the same as an embryo because it was incapable of maturing into a viable pregnancy, and the application was approved.

The European Court of Justice’s ruling in C-364/13 on parthenotes was crucial in this case, as it said that in order to be classified as a human embryo, a non-fertilized human ovum must have the intrinsic capacity to develop into a human. Unfertilized human ova whose division and continued development have been aided by parthenogenesis are not included in the phrase “human embryos,” according to the CJEU, as long as they are not capable of maturing into a human and have not been genetically altered to do so.

The European Patent Convention and the Agreement on Trade-Related Aspects of Intellectual Property Rights are crucial in this regard because they regulate general patentability standards and exclusions. The Directive on the Legal Protection of Biotechnological Inventions is particularly relevant to our research since it regulates the general standards and exceptions for stem cell patentability.

The European Patent Convention (Convention) allows state parties to grant legitimate patents. Although there is no explicit legislation governing the patentability of biotechnological inventions, the general provisions can be used to draw conclusions. To be patentable under the Convention, an invention must meet the following criteria: novelty, ingenuity, and industrial application. Unpatentable inventions are counted under Article 53 of the Convention. Patent protection cannot be granted to inventions that contravene public order or morality, according to article 53/a. Patent protection cannot be granted to “plant or animal types or fundamentally biological processes for the production of plants or animals,” according to article 53/b. Finally, European patents cannot be awarded to “procedures for treating the human or animal body by surgery or therapy, and diagnostic methods used on the human or animal body,” according to article 53/c.

Another international agreement on patentability is the Agreement on Trade-Related Aspects of Intellectual Property Rights (TRIPs). Limits on the patentability of inventions are governed in TRIP article 27. The article is important because it provides a broad overview of the protection provided by patentability. According to the article, practically all inventions are patentable, regardless of their location, ability to export, or technological area, and can thus be launched into commercial circulation alongside other trade products. There are, however, several exceptions to this broad regulation. “Ordre public and morality” is the most crucial exception, which is also necessary for biotechnological inventions.Article 53 of the Convention has parallels with this TRIPs rule. Because the principles of ordre public and morality are susceptible to interpretation, both regulations should be reconsidered. Biotechnological advancements should also be regarded in this view.

Another international agreement, Directive 98/44/EC of the European Parliament and of the Council on 6 July 1998 on the Legal Protection of Biotechnological Inventions, regulates the patentability of biotechnological research, particularly stem cells (Directive). The Directive has been chastised for having uncertainties and gaps in it. The Directive’s attribution of being blocked in a conflict in which it should be clarified creates ambiguity in interpretation. As a result, contemporary technology and necessities should play a role in the Directive’s interpretation.

The phrase “biotechnology,” which appears in the Directive’s title and is its aim, refers to the use of scientific methodologies to apply industrial and commercial processes to biological materials (living cells and microorganisms). This description corresponds to the UN Convention on Biological Diversity’s (1992) definition in article 2.  Because biotechnology investments are high-risk, investors and inventors need legal protection and barriers to entry should be reduced. As a result, the goal is to regulate the constraints on biotechnological material, particularly scientific research involving the human body, rather than to create a new and unique type of patent for the field of biotechnology.It is aimed at both stimulating biotechnological developments and obtaining a degree of development appropriate to public order and morality, which is regulated in local and international rules, by regulating the limitations.

While the Directive establishes the forbidden and conditioned subjects, it also establishes whether or not biotechnological inventions are patentable. Biological materials are patentable if they are removed from their natural habitat, according to article 3(2) of the Directive.The article regulates that, “The human body, at the various stages of its formation and development, and the simple discovery of one of its elements, including the sequence or partial sequence of a gene, cannot constitute patentable inventions”. However in the second paragraph of the same article says that “an element isolated from the human body or otherwise produced by means of a technical process, including the sequence or partial sequence of a gene, may constitute a patentable invention, even if the structure of that element is identical to that of a natural element”. According to article 6 of the Directive,

As can be observed, the Directive regulates ordre public and morals as well as the patentability of biotechnological inventions. Cloning humans, altering their germ line genetic identity, using human embryos for industrial or commercial reasons, and altering the genetic identity of animals are all considered to be outside the scope of patent protection.

In Oliver Brüstle v Greenpeace eV. (2011, numbered c-34/10), the European Court of Justice concluded that an application is unpatentable by defining the word “human embryo” broadly in the context of article 6(2)c of the Directive. When the case is examined, it is clear that the Court based its ruling on the principles of human dignity and prohibition of commercial usage. Interpreting every patent application connected to HESCRs in terms of human dignity and commercial usage, on the other hand, would result in a broad interpretation, which would be counter to the Directive’s goal.Human dignity is unquestionably a fundamental element that should be recognized in all legislative and interpretative processes, and the Directive serves human dignity in its entirety. Both the Directive and other international legislation on the subject, however, aim to stimulate research into treatments for severe and life-limiting disorders like Alzheimer’s, pancreatic cancer, blindness, and Parkinson’s. As a result, phrases such as human dignity, human embryo, and commercial use should not be understood in a way that deviates from the overall goal. Preventing inventions with nefarious commercial and industrial intentions from being presented for use is a laudable cause that should be supported by legislative rules.However, progress in this direction should not be halted in order to prevent human misery. HSCRs necessitate a significant quantity of financial resources. Patents are essential for the allocation of economic resources and the development of research. The fact that an invention has a monetary worth should not overshadow its importance to humanity. However, in order to safeguard human dignity, legislative restrictions should ensure that each human being has an equal opportunity to access such discoveries.

It’s fair to argue that stem cell research is a promising topic that has the potential to benefit the country’s biotechnology sector. The provision of proper Intellectual Property Rights to such inventions should encourage research in this subject. In the absence of legal precedents and well-defined rules, India’s patentability law for stem cell research is still in its infancy. The Indian Patent Office has been examining these applications according to an unwritten code, although the current technique is disputed. To foster innovation in all industries, it is critical to provide strong patent protection.While the Patent Office has changed its mind about stem cell patentability, and claims for methods of manufacturing, cultivating, and isolating stem cells, culture media for stem cells, and so on are now routinely granted, there is still a lot that can be patented but isn’t. Hopefully, in the future, India will see some judicial precedents that explain the patentability concerns that this industry is grappling with.

Author: Anuja Saraswat – a student of B.A.LL.B (Hons.) from NMIMS Kirit P. Mehta School of Law (Mumbai), in case of any queries please contact/write back to us via email chhavi@khuranaandkhurana.com or at Khurana & Khurana, Advocates and IP Attorney.