Battle Of The Brands: Easygroup Can’t Take It ‘Easy’ Against Skyscanner

In yet another case of Easygroup Ltd. V. Skyscanner, Inc, the United States District Court Southern District of Florida (“Court”) took trademarks to the mat. This case examined the infringement of four registered trademarks in the United Kingdom, as well as the shared liability for passing off. On January 7, EasyGroup, a British company, filed a trademark infringement, false designation of origin, counterfeiting, and associated allegations in the Southern District of Florida. EasyGroup claimed that the following images by EasyFly and its owners infringed upon the EasyGroup trademark: 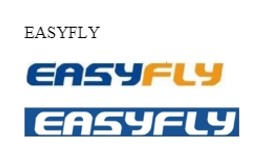 Plaintiff was a company incorporated under the laws of England and Wales. Easyfly, the defendant, was a Colombian corporation with its headquarters in Bogota, Colombia. Avila, the defendant, was a Colombian citizen. Skyscanner, Inc. (“Skyscanner”), Kayak Software Corporation (“Kayak”), and Kiwi.com, Inc. (“Kiwi”), the non-moving Defendants, were Delaware entities doing business in Florida. EasyGroup requested an order to serve proceedings on EasyFly in Colombia in the High Court of London, alleging infringement of Intellectual Property Right namely, trademark. Additionally, EasyGroup claimed that as part of their promotion business, third parties Skyscanner, Kayak, Smartfares, and Kiwi were complicit in trademark infringement by incorporating potentially infringing photos in their marketing activities, boosting visitors to the prospective infringer by combining domestic and Columbian sales, as well as facilitating e-Commerce transactions.

Justice Nugee issued a ruling on January 14, 2020. He set aside the order for service out on discovering that easyGroup had failed to meet its obligation of “full and fair” disclosure while filing the service out application. A party filing a motion without notice should provide “full and honest disclosure,” which is to say that they should have informed the court in explicit terms about the issues of fact and law the opposing party would raise if they were presented and represented. It is long-established law that such problems must be brought before the Court’s heed in a precise and concise manner. Relevant papers should not only be incorporated in a substantial exhibit, but also be highlighted by the party while filing the application. Failure to present such issues before the Court’s notice would result in the order being revoked. In the present case, EasyGroup’s application failed to inform the Court that EasyFly was a Colombian airline which exclusively flies within Colombia and does not fly to the UK or any other EU country. On the contrast, their application said that EasyFly provided services within the EU and the United Kingdom. This statement, according to Justice Nugee, may have misled the Court into believing that EasyFly had no objection to offering its services in the UK. On this account, Justice Nugee overturned the ruling sanctioning EasyFly in Colombia to be served with legal documents.

In April 2020, the Colombian airline attempted but failed to have the case dismissed ascribable to the lack of jurisdiction. In a notice filed with the Florida court, EasyGroup apprised the court that it envisaged settling the issue with EasyFly outside the court (amicable settlement). Several of the indicted ticket sellers have been dropped from the case prior to the notice of settlement with Easyfly.

Defendant moved to dismiss a claim against them by affirming that the absence of personal jurisdiction under Federal Rule of Civil Procedure 12(b) (2), “federal courts predominantly follow state law in deciding the limitations of their jurisdiction over persons” (Daimler AG v. Bauman, 571 U.S. 117, 125 (2014). The defendants contended that the Court lacked personal jurisdiction over them. On the authority of the defendants, Easyfly and Avila had insufficient relations with the state of Florida to initiate either general or particular jurisdiction. The Court first deduced that whether Easyfly was subject to personal jurisdiction, before moving on to Avila. Almost all of the Plaintiff’s claims against Avila were contingent upon the federal laws. Subsequently, the Court considered whether exercising jurisdiction over federal claims conformed with the due process. Although, the plaintiff failed to prove that Avila was subject to general, particular, or federal long-arm jurisdiction. In the case of Avila, the Defendants’ Motion was granted.

Smartfares and Skyscanner were first accused by EasyGroup of “going even further” than the other ticket providers by developing landing pages to explicitly popularize EasyFly flights to US clients. EasyGroup, on the other hand, proffered a notice less than a month after the initial complaint that it has reached an arrangement with Smartfares. In the context of a stipulation issued in August 2020, EasyGroup also acceded to settle with Skyscanner. On July 1, 2021, it reached a settlement with Kayak.

The trademark filing landscape is dramatically transforming, and trademark practitioners and brands must undoubtedly limit the risk of potential infringement. A company’s eminently valuable asset is its trademark. It is the symbol of a company’s potential to allure and engage customers, as well as progress. In this situation, the trademark serves as an engine of innovation since the need to stay pertinent promotes expenditures in R&D, which results in a continual cycle of product improvement and evolution. This dynamic process is beneficial for jobs as well. One of the most persuasive ways to develop and safeguard a brand is to register a trademark. Applicants that have the desire to register these marks must be prepared with a lot of evidence that the audience identifies their mark as a source identification. Both trademark filing activity and infringement are on the rise, accentuating the requirement for greater efficiency and awareness in both exploring new trademarks and safeguarding current ones.