The case deals in the violation of a preliminary injunction granted in the civil suit brought by the plaintiff, A.B. Cernelle against the defendants, Graminex L.L.C. and its Chief Operating Officer, Cynthia May where it was alleged that the Defendants appropriated Plaintiff’s Trademark, CERNITIN and CERNILTON. A settlement was reached where the provisions of the agreement established the plaintiff’s proprietorship of the trademarks and barred the defendants from employing them with permanent injunction added in the settling decision, which mostly followed the preliminary injunction.The Plaintiff later alleged that the defendant had not upheld the settlement and breached the injunction by trading under its Trademark to foreign customers and had a website with documented research touting the virtues of Plaintiff’s Trademark, which was etched with Graminex’s beaker emblem violating the Lanham Act.The defendants were compelled to delete the damning research from the website and disgorge some revenues reaped from the sale of the damning materials. Additional injunctive relief was granted by the United States District Court Eastern District of Michigan Southern Division.The move to amend the injunction, which was imposed as component of the settlement agreement, was refused because there was no basis for doing so. (Cernelle v. Graminex, L.L.C. 437 F. Supp. 3d 574 (E.D. Mich. 2020)) 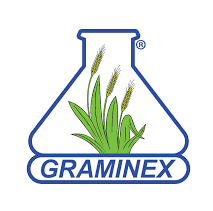 Cernelle, a Sweden based company produced was approved by FDA and ratified its products in Europe. Graminex was a source of its main ingredient and further sold the Plaintiff’s products in the US while appropriating its Trademarks. The evidentiary hearings held by the Court reached to the above-mentioned settlement leading to preliminary injunction. In 2006, a negotiation for breakup with the Defendant took place to safeguard the Plaintiff’s Trademarks in all jurisdictions.In 2008, it was discovered that the Plaintiff’s mark was infringed in Russia, but it couldn’t be linked as evidence towards the Defendant till 2013. Also, the Plaintiff’s clinical trial was referenced in the Defendant’s website. The Plaintiff didn’t sell its products in Thailand, Russia, or Australia yet its Trademark was infringed in the said markets and had plans to register in the said markets. However, the Defendant claimed that the consumers asked for the specified Trademark. However, they were aware of buying from the Defendant.A suit of contempt was filed in 2018 as the Plaintiff didn’t have enough funds to support it.

The Plaintiff requested that the Court condemn the defendants in violation of the permanent injunction as well as uphold the settlement agreement.The Defendant contended that if the Court would find that the settlement agreement was compromised, the desired injunction would inhibit it from commemorating orders for CERNILTON and necessitate the clinical trials to be taken down from its website, both of which deeds have no quantifiable significance to Cernelle because it did not exist in the specified markets.Further, Cernelle also claimed disgorgement of gains made via activity that breached the settlement agreement, claiming that the Defendant’s profit was in north of $75,000, according to testimony.

Cernelle claimed that the defendants broke many explicitly specified clauses of the settlement agreement. There was also no documented proof of the mechanism through which Graminex Pharma acquired CERNILTON as a trademark in Russia, and no explicit proof that the defendant was involved in it.

The plaintiff sought contempt for breaching two conditions, the first of which was “from pledging or alienating the trademarks in issue.” Second, “from maintaining any website that is false as to its link with the plaintiff or that references the items.”  The Defendant, on the other hand, was not convinced. However, the Court held that they were found to have breached the permanent injunction by retailing in certain areas, and the beaker logo on the website clearly implied that the items were linked with Graminex.

The Defendants argued that the Plaintiff had committed laches and that the enforcement petition should be dismissed. It claimed that Cernelle had been aware of its operations since 2006 and requested that the statute of limitations be applied. The Plaintiff did not pursue remedies for breach of the settlement agreement or violation of the injunction until the summer of 2012, which was six years before it filed its petition. As a result, the Defendant claimed that they lacked proof. The defendants’ actions were “particularly egregious,” according to the Court. The request was dismissed.

The Court held that the Defendant was in contempt of injunction order and was prohibited from, i) selling Cernelle branding to foreign markets; ii) posting certain content that linked them to the Plaintiff online. However, they could keep the comparative studies but had to remove studies that embossed beaker logo. For monetary sanctions and disgorgements, the Court held that since the Plaintiff was not a player in specified market and because of imitation period, it was granted disgorgement for three years amounting to $535,854. It was also awarded with attorney’s fee.

The defendants broke the settlement agreement and violated the permanent injunction, according to the evidence presented at the court. The injunction could not be changed since there was no basis for doing so. Laches was not committed by the plaintiff. Further injunction rulings, disgorgement of earnings, and attorney’s fees and litigation expenses are all reasonable remedies.