I.M. Wilson, is a Pennsylvania corporation which operates in King of Prussia in Pennsylvania and sells a variety of dance-related products, including ballet shoes and printed shoes. The founder of the corporation is Irene and the President is I.M. Wilson. OOO Grichko is a Russian company that manufactures and sells dancewear products, including ballet shoes and printed shoes. Grishko dance, S.R.O. is a Czech company that obtains and sells these products through the website grishkoshop.com. Nikolay Grishko holds an ownership interest in the Grishko group of companies, which collectively sell products in more than 70 countries. These parties collectively identify themselves as “Grishko”. Grishko produces several lines of pointe shoes, each bearing unique model namesor “model marks.”Grishkoalleges that it is exclusively responsible for selecting, adopting, and using the model marks. Grishko’s applications to register certain of the model marks with the U.S. Patent and Trademark Office (USPTO) were pending. 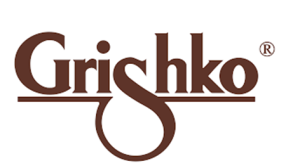 In April 1990, I.M. Wilson and Mr. Grishko’s“kooperativ” formalized their relationship in an exclusive trademark licensing and distribution agreement (the 1990 Agreement). This agreement was followed by a nearly identical agreement that I.M. Wilson and Grishko entered into in March 1992. Through the 1992 Agreement, Grishko agreed to sell and LM Wilson agreed to buy the ballet shoes, toe shoes and other footwear. Grishko granted LM Wilson an exclusive right, for the duration of the agreement, to use the name Grishko in connection with the sale of the Goods in USA. I.M. Wilson relied on the documents of trademark ownership to obtain its first GRISHKO trademark registration in November 1993. Some years later, the USPTO declined to register Mr. Grishko’s applications for the marks GRISHKO and NICOLAY GRISHKO due to the existence of I.M. Wilson’s registration. After learning that he was barred from registering the GRISHKO and NICOLAY GRISHKO marks, Mr. Grishko called Irene to revoke his consent to I.M. Wilson owning the GRISHKO trademark registration and to demand that I.M. Wilson transfer the registration to him. Instead, I.M. Wilson and Grishko allegedly reached an agreement that I.M. Wilson would not renew that registration upon its expiration. Apparently in accordance with this agreement, I.M. Wilson did not file a renewal application, resulting in the cancellation of the registration in September 2004.

IM Wilson urged the United States District Court for the Eastern District of Pennsylvania (“Court”)(I.M. Wilson, Inc. v. Otvetstvennostyou “Grichko” 500 F. Supp. 3d 380 (E.D. Pa. 2020)) to dismiss the 6 claims since Grishko cannot establish ownership of the registered house mark or the unregistered model marks, to which the Court denied. The Court gave compelling reasoning behind its judgment such as the writing of the Agreement of August 1992 is ambiguous and stated that the contested ownership of the model marks, sole mark, and trade dress is not foreclosed by the language of the August 1992 agreement. Furthermore, the Court finds, at least at the motion to dismiss stage, Grishko alleges enough facts that the relationship between the parties was that of a licensor and licensee.

Finally, I.M. Wilson urges the Court to find that Grishko has not adequately alleged secondary meaning. “Secondary meaning exists when the mark is interpreted by the consuming public to be not only an identification of the product or services, but also a representation of the origin of those products of services”.At the motion to dismiss stage, the Court found that Grishko plausibly alleged secondary meaning by alleging length of use, exclusivity of use, the size of the company, the alleged fact of copying, and the number of sales.

For these reasons, Grishko has satisfied the threshold elements to plead its trade dress is protectable for purposes of alleging federal and common law infringement, unfair competition, and trademark dilution.

With regards to the 3rd issue, which were the actions performed by IM Wilson while this suit was pending, the Court was to decide whether the conditions to a defamatory suit were met, but the Court found that the statements made by IM Wilson were not of defamatory nature as they did not impute to the corporation fraud, deceit dishonesty, or reprehensible conduct in its business in relation the said products.

Finally, the Court granted in part and denied in part IM Wilson’s motion to Dismiss or Strike Defendants’ Counterclaims. The Court conclusively denied the request of Grishko to amend their counterclaims since the said party has had three opportunities to do so.