Music Sampling And The Defense of Doctrine of Fair Use

The technique of digitally copying a piece of an existing recording and placing this “sample” into a new recording is known as sampling. If you’re a music fanatic, you’ve probably heard Kanye West’s “The Bounce,” which was a highlight tune on an otherwise mediocre double album, sampling one of the most easily known and popular Hindi songs of all time “Choli Ke Peeche Kya Hai” from 1993’s mega-hit Khalnayak. Similarly, one of the latest examples of digital sampling of a Bollywood song is Lata Mangeshkar’s infamous song “Thoda Resham Lagta Hai” sampled in “Truth Hurts Ft Rakim – Addictive” and the “Black Eyed Peas – Don’t Phunk with My Heart (2005)” borrows its melody from “Aye Naujawan Sab Kuch Yahan” and samples “Yeh Mera Dil Pyaar ka Deewana” both of which were originally sung by a renowned Bollywood vocalist Asha Bhosle. 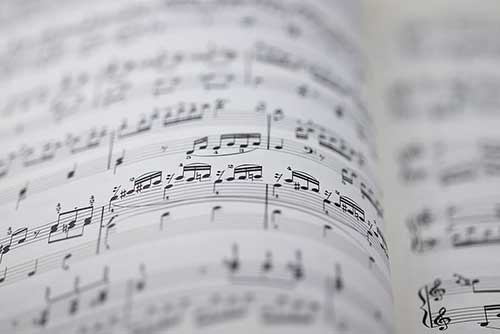 Pre-existing recordings can be sampled to provide considerable benefits to the record producer. When a producer uses samples, he can cut down on the price of traditional recording by eliminating the need to pay real musicians. Despite its many advantages, sampling pre-existing recordings without the composer’s and record company’s consent is a copyright violation. The amount of appropriation required for actionable copying, on the other hand, is still unknown. More than that, sampling music has transformed the way music is made. The issue arises when some musicians use the universal exception of “Fair Use” to justify the violation of copyrighted music. This blog examines the concept of “sampling” in the Indian music industry, as well as the defense of fair use and its legitimacy and application in India.

Indian Copyright Act, 1957 (Hereinafter referred to as “The Act”)

Though the Indian Copyright Act, 1957 does not specifically address sound recording sampling, Section 14 grants the owner of copyright certain exclusive rights in order to preserve their full work or a major portion of it. By virtue of Section 14 (a), the owner of a musical work has the exclusive right to make any modification of the piece. The term “adaptation” in Indian copyright law is similar to the term “derivative work” in US copyright law. Adaptation is the process of creating new work from previously created work. Any conduct involving the re-arrangement or alteration of existing work will infringe on the copyright holder’s exclusive right to make any adapted work.

How to prove that a sampled work infringes the original work?

The phrase “significant part” was defined for the first time in Hawkes & Son v. Paramount Film Service Ltd. [1934] 1 Ch 593. The use of only 20 seconds of a four-minute-long music piece was understood as a “substantial component,” however the wording changes from case to case.

“Copyrights can be extended to two important aspects of music:

Sampling any musical work without the original copyright holder’s consent is a violation of the holder’s rights. According to Jorgensen v. Epic/Sony Records, 351 F 3d 46, 51, (2nd Cir 2003), the plaintiff must show “ownership of the copyright” and “unauthorized copying of the copyrighted work” to prove infringement

The onus will be on the alleged infringer to prove his innocence once the owner of the copyright has established a prima facie case of copyright infringement against the defendant. This may lead to the employment of affirmative defenses to prove innocence, such as fair and de minimis usage ( a legal doctrine by which a court refuses to consider trifling matters), as well as estoppel, laches, and misuse.

The doctrine of fair use or de minimis use

The theory of “fair dealing” is a copyright infringement defense that enables limited use of copyrighted content without the permission of the owner. It serves as a restriction as well as an exception to a copyright holder’s exclusive right under the Copyright Act of 1957 (“the Act”). Certain acts or works, such as fair dealing with a literary, dramatic, musical, or artistic work, are not deemed infringements of copyright under Section 52 of the Copyright Act. The goal of enacting this concept is to prevent creative stagnation and to distinguish between legitimate and unauthorized use of copyrighted works. The de minimis defense to a copyright infringement is based on the legal maxim de minimis non-curates, which literally means “the law does not care about trifles.” The use of a word and/or the use of a melody should be minimal or non-existent, according to this theory. For example, if an artist used the term “Yo Jude” in his or her own new song as a conscious reference to the Beatles’ song “Hey Jude,” this would very certainly be a clear-cut case of de minimis usage. Copying is authorized to some extent and is not conclusive of infringement. However, it is vital to demonstrate that it was not done in an unequal manner.

In the sphere of copyright law, the employment of de minimis, as used in other areas of law, without any modification or marriage of convenience, offers three key advantages. To begin with, the fair use idea would be an inadequate theoretical fit for minor violations. Second, de minimis analysis is substantially more straightforward. Third, a de minimis determination takes the least amount of time, and it goes without saying that it is in the best interests of both the parties and society for litigation to be completed as quickly as feasible. After all, the reasons that courts frequently evaluate when applying de minimis are extensively documented. There are five of them:

Before remodeling the original musical work, a license should be secured from the underlying copyright holders, and the relevant royalties should be paid to them based on the expected revenue earned from the refashioned musical work to avoid any legal complications. The copyright holder’s cooperation in providing the license is critical, as its reluctance to do so will result in copyright infringement. The mechanical license can be used to disseminate the musical work. The Creative Commons Attribution license allows individuals to copy, distribute, display, and perform the copyrighted work as well as create derivative works. Thus, the Attribution license can be used to create mashups and remixes. However, they must ensure that all copyright-holding artists are properly credited. Non-Commercial licenses can be bought for non-commercial purposes, allowing the user to do whatever they want with the song as long as it is not utilized for commercial purposes.

The plaintiff offered the defendant a licensing fee for creating audio cassettes using the original sound recording of Ganapati Aarti in the case of Gramophone Co. Of India Ltd. vs Super Cassette Industries Ltd. 2010 (44) PTC 541. Despite the defendant’s reluctance to grant a license, he produced the tapes and was found guilty of copyright infringement. The Indian Copyright Act makes no mention of the need for licenses to be obtained for music sampling, remixing, or mashups, as it does for cover versions. Cover versions do not require special permission from the artists, but mashups, music sampling, and remixes do, as mashups, music sampling, and remixes are adaptations of original musical work or works.

The Copyright Act of 1957 makes no mention of the concept of music sampling. It does, however, include numerous measures for the protection of music. While acquiring a license is the best approach to avoid legal consequences for music sampling, the Copyright Act has established various exceptions to the law, such as de minimis and fair dealing of copyrighted musical compositions. In the present era of sampling music and protecting the artists’ derivative rights, Indian law still has to be developed. The demand for jurisprudence is growing in India as genres such as hip-hop and popular music flourish that heavily rely on sampling for their production. As of now, Indian courts have not addressed the issue of potential exploitation of the fair use exception in the music industry, and as a result, courts will have to follow the laws of other nations in order to provide justice to artists.

Author: Anuja Saraswat – a student of  B.A.LL.B (Hons.) from NMIMS Kirit P. Mehta School of Law (Mumbai), in case of any queries please contact/write back to us via email vidushi@khuranaandkhurana.com or contact us at Khurana & Khurana, Advocates and IP Attorneys.