Credible Proof Required For Ascertaining The Likelihood Of Confusion

Trademark is an important part of the company’s branding, it is important to safeguard the trademark and have effective protection. One such current case was of Hard Candy which is a company that is involved in the industry of cosmetics. HARD CANDY mark was filed for trademark by the predecessor of the company in 1995. Since then, the company has been using the same trademark. The company further licenses its mark to another company called NuWorld Corporation which makes cosmetics products. These products are then exclusively sold in the Walmart stores, both online and physically. Hard Candy brought an injunction suit to prevent future infringement against Anastasia Beverly Hills, Inc., which is also a company involved in the cosmetics business. It announced a product called “Glow Kits” in December 2015. The kit included the phrase “hard candy” capitalized on the inside and the back of the pack. The maker testified that “she was aware of Hard Candy LLC, as a seller of nail polish in the 1990’s but she was not aware of the company’s continued existence when she came up with the name”. Anastasia contemplated that they used the words “hard candy” since they remind the maker of an ornament that her grandmother gave her when she was younger. The action was brought in the United States Court of Appeals for the Eleventh Circuit. Hard Candy sought an appeal in favor of them with regards to the original suit that they filed against the defendant in the district court, which was subsequently denied on various grounds by the Court of Appeals. (Hard Candy, LLC v. Anastasia Beverly Hills, Inc. 921 F.3d 1343 (11th Cir. 2019)) 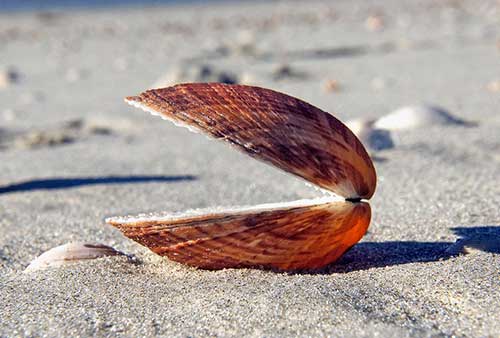 The court began explicating its ratio on the present case as saying that the Act contains a diaspora of remedies to an infringement suit. This was communicated to the parties by the court since the public does not deserve to be mistreated by various companies by the use of marks that are confusing prima facie. The Act talks about the recovery of profits from the infringing party since proving the “original and actual” damages is very difficult. “It shifts the burden of proving economic injury off the innocent party, and places the hardship of disproving economic gain on the infringer”. Hard Candy sought every form of relief that is available under the said Act.

Coming to the first issue, before the Court of Appeals that whether the case required a jury trial or not, the appellant cited various judgments stating that the remedy sought by them is legal in nature and not equitable, thus, they should be granted a jury trial. The bench of the district court, however, remained unpersuaded. The Court held that other two courts, which are namely, the courts for the Sixth and the Ninth Circuit, have also supported its claim that “a claim for an accounting and disgorging of profits under the said Act is equitable in nature and hence, the guarantee of the Seventh Amendment of a jury trial does not apply in this case”.

With regards to the second issue of the case, the Court of Appeals held that the district court was right in applying their 7-fold confusion test and thereafter held that there was no likelihood of confusion by virtue of using the words “hard candy”. The Court of Appeals applauded the way District Court pronounced the judgment in this regard. There was a 3-day bench trial held by the district court to come to this conclusion, which was also lauded by the Court of Appeals. The mark “Hard Candy” was ruled out to be “arbitrary” in nature since there is no relationship that can be established with the products. The District Court held that Anastasia was not using “hard candy” as a mark, and the defendant did not intentionally infringe the mark, since the contrary was not proved beyond doubt by the appellant. Hence, the District Court was of the view that there existed no proof as to whether the use of marks by the defendant created even the slightest of confusion in the minds of the consumer.

The Court of Appeals affirmed each and every aspect given by the District Court with regards to the case. It stated that Anastasia sold almost 248 million Glow Kits which resulted in a revenue of almost 5$ Million. The details of the product (with pictures) were thereafter posted on various social media accounts of Anastasia which has a lot of followers. The Court of Appeals held that, even after such publicity, Hard Candy was unable to produce any credible proof that any customer was ever confused by the usage of the words “hard candy” by the company of the appellant. Conclusively, the Court of Appeals stated that “the record does not suggest that the District Court committed a clear error as to any of its findings”.