Is The Concept Of A Social Media Influencer Still Underdeveloped In India?

“The Defendant is falling under a nascent category of individuals, popularly known as “social media influencers” – J. Kathawala[1]

This statement was quoted by a single-judge bench of the Hon’ble Bombay High Court while recognizing social media influencers. An order was granted in favor of the plaintiff i.e. Marico Limited by the court but subsequently, the order was modified due to an appeal filed by Abhijeet Bhansali, the defendant to the division bench. Moreover, little or no reasoning was provided for the identification of Social Media Influencers or SMIsand their respective liabilities and rights. This blog attempts to delve into the parameters required to identify the liabilities and rights of Social Media Influencers. Further, it attempts to examine whether Social Media Influencers can claim publicity or celebrity rights and do they have any liabilities. 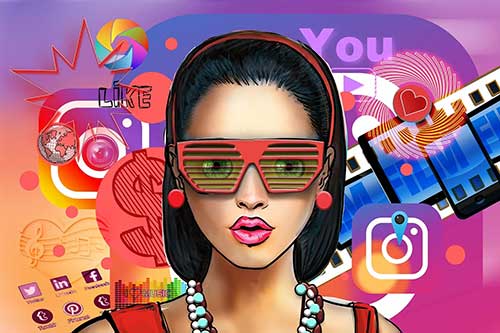 Social media platforms such as Twitter, YouTube, Facebook, Instagram, LinkedIn, etc have offered almost every individual a forum to practice his or her freedom of speech and expression in the rapidly evolving digital world. These rights are guaranteed in India under Article 19 of the Constitution. Social Media Influencers are digital power-users who gain online notoriety and become notable persons due to their distinct thoughts, viewpoints, inventiveness, and accomplishments. But who qualifies as a Social Media Influencers? Is it possible to classify everyone who has a few social media followers as a Social Media Influencer? Or is it only an exclusive group of people that can be referred to as celebrities? If every person with a high number of followers is classified as a Social Media Influencer, then each one of them will be granted the right of publicity, and the protections afforded by the right to privacy will be curtailed.

Politicians, actors, athletes, authors, musicians, artists, singers, well-known business executives, television personalities, and anybody seeking public attention, including reality television stars, are all celebrities[2]. The conventional categories of movie actors, rock stars, and athletes have been replaced by a new definition of celebrity[3]. YouTube artists, Instagram creators, LinkedIn influencers, and others have been added to the list. To summarize, it all depends on public perception, whether favorable or unfavorable.

After reading the aforementioned description, it is clear that there is no absolute definition of a Social Media Influencer. There is a presumption of linking the number of followers with an individual’s popularity if one goes by the concept that anyone with a sense of influence and credibility with followers ranging from thousands to millions can be an influencer. This parallel is harmful for two reasons: first, the number of followers or fan following is a complex metric to qualify, and not every separate person with an enormous amount of followers will be regarded influential, as these days it is very quotidian to join the association of thousands or millions on any social media platform; second, there is no criterion to assess an individual’s credibility. Therefore, the identification of Social Media Influencers becomes challenging with such a hazy concept.

Celebrities can be characterized as those who are well-known among great swathes of people,[6]and are often talked about by the media and the larger society. “To avail the right against the infringement of the right to publicity, the plaintiff must be “identified” from defendant’s illegal use,” it was stated in the case of D.M. Entertainment Pvt. Ltd. v. Baby Gift House and Ors.[7] Direct or circumstantial evidence can be used to prove recognition or identifiability. When analyzing the many definitions of SMIs, it can be concluded that all celebrities are social media influencers, but not all social media influencers are celebrities. As a result, it would not be incorrect to argue that SMIs can claim publicity rights after satisfying the validity and identifiability requirements. In cases like Shivaji Rao Gaikwad v. Varsha Production[8] and Tata Sons Limited &Anr v. Aniket Singh[9], this has been held.

In terms of the effect they have on the general public, social media influencers are similar to traditional celebrities in terms of their roles and responsibilities. These influencers are frequently sought for the purpose of promoting a product, supporting a cause, and so forth. Because tremendous power comes with great responsibility, SMIs can transform people’s views for better or for worse. Although Article 19 ensures everyone’s right to free speech and expression, it does so with significant limitations. In the case of someone with significant social media clout, it’s even more important to be sure that what they say is true. An SMI must exercise caution and try to strike a balance between reviewing or recommending a product or service while also avoiding defaming or providing inaccurate information about a competitive product or service. Celebrities and businesses frequently get themselves into trouble, tarnishing the reputation of any brand or product that they are associated with. As a result, SMIs frequently seek protection under Section 52 of the Copyright Act of 1957, which governs fair use. The Sebamed soap issue, which is comparable to this case in terms of product disparagement, is a recent example. As a result, Justice Kathawala correctly emphasized the liability of SMIs in this instance. An SMI has the ability to spread information and influence the general public, but also the obligation to not make any statements without first conducting research or analysis based on facts.

The Federal Trade Commission in the United States has developed recommendations to prevent deceptive advertising by SMIs and to safeguard U.S. customers, which require clear, basic, visible, and intelligible disclosure of the relationship between an SMI and an endorsing company. While there is no legislation in India that governs digital advertising, the Advertising Standards Council of India (ASCI), a self-regulatory group, is intending to establish standards for regulating digital advertising. The Draft Central Consumer Protection Authority (Prevention of Misleading Advertisements and Necessary Due Diligence for Endorsement of Advertisements) Guidelines, 2020, which has yet to be implemented, will also aid in the protection of consumer rights by establishing criteria for valid advertising.

However, the lack of such a law is troubling for a variety of reasons. SMIs must be identified by a set of rules in order to protect their rights as public figures and hold them accountable for any subsequent infractions. Because of the unregulated digital environment, brands, corporations, and consumers have encountered numerous challenges in terms of disparagement, copyright violations, trademark violations, deception, misrepresentation, consumer complaints, and so on. Before we witness a surge in lawsuits, it’s critical to reflect on Justice Kathawala’s decision and bring SMIs within the protection of a statute.

Author: Vaidehi- a student of Symbiosis Law School, Pune, currently an intern  at Khurana & Khurana, Advocates and IP Attorney,  in case of any queries please contact/write back to us via email vidushi@khuranaandkhurana.com