There is a wide connotation to the word “cartel.” The interpretation adopted by a majority of jurists and legislatures suggests that the word must be understood in the true spirit of competition law, which is to promote healthy competition in a free and fair market. However, reality begs to differ, with the word having acquired a negative connotation over the years, and has now come to mean unfair and unethical collusion in a market. 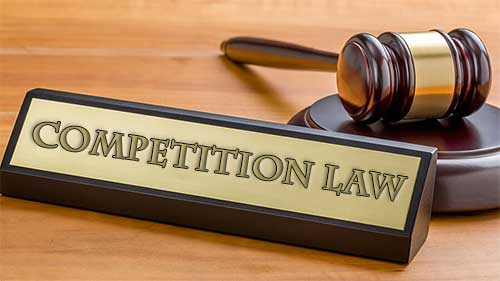 A buyers’ cartel is a group of purchasers who mutually agree to remove the competition from the relevant market by fixing prices or to otherwise influence the behavior of a supplier. Such agreements could occur amongst buyers either at the end-consumer stage or at any other level of production. Although cartelization among sellers has been called a per se violation under the Competition Act, 2002, (2002 Act), cartelization among buyers, however, presents itself to legislators as fairly complex.

In buyer’s cartels, buyers can sell by colluding in markets with a lesser probability of the presence of seller’s cartels. Such a collaboration amongst buyers could eventually reduce the overall market production. The downstream market might be affected by a major drop in output by lowering the volume of production generated and higher pricing for the rest of the production chain. A lack or absence of a regulatory regime can therefore pose a serious threat to a free and fair market, which is the very essence of competition law.

BUYER’S CARTELS IN THE INDIAN JURISDICTION

The Competition Commission of India (CCI) fails to recognize the buyer’s perspective under the meaning of “trade” as given under Section 2(x) of the 2002 Act. This provision specifically conforms with the production, distribution, supply, control, or storage of commodities. In the case of XYZ v. Indian Oil Corporation, the CCI ruled that buyer’s cartels cannot be considered equal to seller’s cartels, and hence, the former does not hold any legal status.

In the United States, Courts recognize buyer’s cartels to be anti-competitive, and it is illegal to enter into such agreements. However, the law in India provides the Court with the ability to decipher the laws in a way that it can include the model of buyer’s cartels, but there are no express legal provisions in this matter. As a result, the need for amending the current law to accommodate this concept is urgent.

Although the 2002 Act does not include the term “buyer”, it has been reasonably interpreted that the legislative goal is to include buyer’s cartels; the prohibition of anti-competitive agreements are broad enough to extend to buyer’s cartels as well. The Competition Law Review Committee (the Committee)recently made suggestions for including various types of cartels, including buyer’s cartels into the Indian competition law.

Since the implementation and expansion of the Indian competition law, there has been a wide increase in buyer’s powers, and the thriving performance of the Indian market has raised concerns in the economy. The Act was enacted particularly to introduce better policies in dealing with the growing concern of anti-competitive agreements, but it was modified and superseded from the MRTP Act since it was creating inefficiency, and cost time, money, and effort as firms came up with multiple escape routes to supervise market forces.

It is important to mention here that the legislature overlooked the concept of buyer’s cartel in the Indian competition law, and instead concentrated on seller-oriented cartels to discover anti-competitive arrangements that fall within the scope of cartels. As a result, the Draft Competition Amendment Bill, 2020 (Amendment Bill)was introduced that included the concept of buyer’s cartels under cartels in the Indian competition law.

In the Indian market, buyer’s groups are distinct from buyer’s cartels, and it is prima facie not unlawful; the differences between them are minimal. In theory, buyer’s cartels are established for the sole purpose of allocating, associating, and using buyers’ powers to control and influence market competition, mainly by overpowering sellers. However, Indian Courts face difficulties in the interpretation of “buyers” while also carefully reviewing the present definition and provision of a cartel under the Act, which only covers manufacturers, dealers, traders, and service providers.

The recognition of buyer’s cartels adapts the existing law to the truths about the Indian competitive regime and affiliates it with the statutory concept of protecting sellers and their interests against monopolistic practices. Further, it restores the required stability in the law by safeguarding market players and participants, preventing incentive distortion and misallocation of economic prizes, and preserving the market system.

There has always been concern and speculation over the formation of buyer’s cartels, and its immense threat to the Indian competition regime. In recent times, there has risen a need to bring these arrangements to the knowledge of sellers, as they have the capacity to force sellers to lower prices and expand output. The suggestions in the Bill aim to assist Courts in gaining a better understanding of buyer’s cartels, and their threat to the Indian competitive market, while also successfully promoting healthy competition within the country.

It is also pertinent to point out that the CCI’s opinion on instances pertaining to buyer’s cartels is concerning because they present a severe threat to the Indian competition regime. It must also be noted that the recommendation under the Bill to include a separate definition for buyer’s cartel or to amend the existing provision to include the term, “buyers” under the Act is a significant start towards limiting the existence of buyer’s cartels in Indian markets. Over the years, the CCI has judged and penalized cartels for causing an appreciable adverse on competition (AAEC) in the Indian market.

The safeguarding of buyer groups, which might deliberately or unintentionally present a challenge to the competitive market by manipulating the supply and demand curves, has always been a problem. Without a detailed analysis, in its current form, the Bill has the potential to reduce the buyer’s cartel incentives by punishing them for acting against the seller’s interests. As a result, it is recommended that further improvements are made to the Bill or the confusion regarding such cartels would continue for a long time.

Conclusively, the author of this article personally recommends that the CCI consider the following aspects to assess buyer’s cartel:

Author: Madhumitha Ravindran – a student of  Symbiosis Law School (Hyderabad), currently an intern  at Khurana & Khurana, Advocates and IP Attorney,  in case of any queries please contact/write back to us via email vidushi@khuranaandkhurana.com