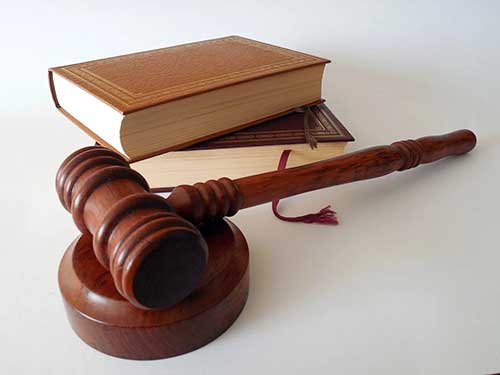 Bailable Offence has been defined under the Criminal Procedure Code, 1973 (hereinafter referred to as CrPC) as an offense which is shown as bailable in the first schedule, or which is made bailable by any other law for the time being in force and “non-bailable offense” means any other offense.

In the case of Piyush Subashbhai Ranipa v. The State of Maharashtra (2021), the Bombay High Court discussed the issue of whether the offenses under section-63 of the Copyright Act, 1957, Section-103 of the Trademark Act, 1999 which have the punishment of imprisonment for a maximum term of three years or less can be considered to be bailable or not. In this article, we shall analyze the judgment pronounced by the Bombay High Court.

In the instant case, the zonal officer of Jain Irrigation systems lodged a criminal complaint against the Applicant who was the Chief executive officer of Tera Flow Pipes, after he received several complaints that the Applicant was selling goods of substandard quality were being sold in the market with the branding of their company. The complaint was filed under sections 418, 465, 482, 483, 485, 486, 488 read with section 34 of the Indian Penal Code, 1860 and also under section 63 of the Copyright Act, 1957. Later on, section 103 of the Trademark Act, 1999 was also applied.

Before coming to a decision the court place its reliance on several judgments which dealt with a similar question of law. In the case of State of Maharashtra v. Shri Ganpatrao Kenjale[1](1995), the court provided that only the maximum sentence for imprisonment should be taken into consideration for determining whether an offense is bailable or not. Reliance was also placed on the ratio of Nathu Ram S/o Purna Ram v. State of Rajasthan[2](2020), in which it was held that unless any statute specifically provides, all the offenses apart from those included in the Indian Penal Code which have a punishment for a term extending up to three years, will fall within the second category of Schedule-I Part II of CrPC and thus, shall be classified as cognizable and non-bailable.

Based on the aforementioned precedents, the Bombay High Court came to the conclusion that the offenses which are punishable under section 63 of Copyright Act, 1957 and section 103 of Trademark Act, 1999 also fall within the second category of Schedule-I Part-II of CrPC and thus will be classified as cognizable and non-bailable in nature. The reasoning provided by the court for classifying these offenses as non-bailable was that this category was only applicable to those offenses for which it is possible to impose a maximum sentence of three years. Any offense with punishment exceeding three years will not fall under the second category.

In the present case, active involvement of the Applicant was proved in falsely applying for the complainant’s trademark, and hence, it was provided that custodial interrogation was considered necessary. Therefore, the court rejected the plea of the Applicant regarding the grant of anticipatory bail.

But, in several other cases like Abdul Sathar vs. Nodal Officer &Anr[5](2007) and Suresh Kumar vs. Sub-Inspector of Police[6](2007 )the courts have opined similar to the view of the Bombay High Court and provided that as long as an offense is punishable with an imprisonment of up to three years, it should be classified as cognizable and non-bailable.

Author: Siddharth Raj Choudhary – a Vth Year Student of School of Law, Bennett University, an intern at Khurana & Khurana, Advocates and IP Attorney,  in case of any queries please contact/write back to us via email vidushi@khuranaandkhurana.com