Can A Passing-Off Action Be Filed Against The Infringement Of Shape Of A Good? A Case Analysis 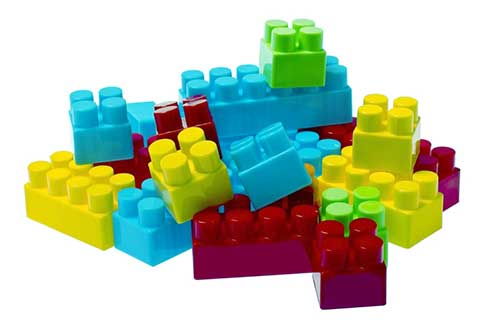 Have you ever wondered if a bottle shape may be trademarked? Typically, The Designs Act, 2000 protects these aesthetic appearances and establishes the essential specifications that are deemed to be the conditions for a design’s registration under the Design Act, 2000. The shape of bottles, on the other hand, is regarded as distinctive and forms an integral element of the brand’s goodwill and reputation, making it eligible for trademark protection. Several cases have arisen in which the action of bringing a passing off claim (which was previously exclusively applicable to trademarks) against the shape of a bottle has sparked debate. One such case is Gorbatschow Wodka Kg v. John Distilleries Ltd. (2011), which will be discussed in this blog, in which the plaintiff claimed that the defendant infringed on its intellectual property rights by adopting a deceptive variation of the bottle shape, causing the substantial number of people to believe that the defendant’s products are related to the Plaintiff.

In this case, the Plaintiff was a Vodka manufacturing company situated in Germany. It comes in a characteristic vodka bottle that dates back to 1958. In 1996, the current shape was created, and in 1999, a bird design was embossed on the bottle. Because vodka is associated with Russia, the bottle was designed to resemble the Russian Orthodox Church’s dome. Many countries, including Germany and Australia, have registered the bottle. The application to register the shape of its bottle as a trademark was still pending at the time. Plaintiff discovered on Defendant’s website that the latter was selling Vodka in a bottle that looked suspiciously similar to Plaintiff’s bottle. As a result, an action for passing off was filed.

Contentions of the Parties:

Plaintiff asserted that the term “trade mark,” as defined in Section 2 (zb) of the Trade Marks Act, 1999, encompasses the shape of goods as well and that the shape is part of the trade dress and has a well-established reputation both globally and in India. It was also claimed that no one else on the global market used the shape. Defendant’s actions have resulted in a dilution of Plaintiff’s distinctive shape, a dilution of Plaintiff’s goodwill, and unfair competition. If Defendant is not stopped, it may lead to other prospective infringers infringing on the Plaintiff’s rights as well. Defendant’s registration under the Designs Act of 2000 assumes that the bottle’s innovative shape is what qualifies it for registration. Registration under the Designs Act of 2000 is not a defense to a passing-off action.

Defendant, on the other hand, claimed that under the Designs Act of 2000, it was given a design registration for the bottle in February 2008. This was before Plaintiff’s vodka was officially launched in India in June of 2008. The bottle has a distinguishing trade mark “SALUTE” and a different colored label, making it distinguishable from Plaintiff’s bottle. Their target audience is well-educated and wealthy, with the ability to identify the difference between the bottles. They argued that a person purchasing vodka in India cannot be compared to a person of average intelligence purchasing low-cost fast-moving consumer items. Vodka is purchased in pubs and bars, where the customer selects a specific brand from the menu, or from liquor stores across the counter, where the customer must again place an order for a certain brand. As a result, there is no possibility of deception.

Verdict of the Court:

The shape of goods is now statutorily recognized as a basic element of a trade mark under the Trade Marks Act of 1999. The Trade Marks Act of 1999 defines the term “trade mark” as “a mark capable of being expressed graphically and capable of distinguishing one person’s goods or services from those of another,” and includes the shape of goods, their packaging, and color combinations. As a result, Parliament has statutorily acknowledged that the shape in which items are marketed, as well as their packaging and color combinations, are all part of what is referred to as trade dress. A manufacturer who offers a product can claim that the goods sold are distinctive because of the unique shape in which they are offered for sale.

Colgate Palmolive Company v. Anchor Health and Beauty Care Pvt. Ltd. (2003), when considering trade dress, correctly stated in this regard, “This criterion arises from the idea of the action of passing off evolved over the years that it is the similarities, not the dissimilarities, that determine whether the action for passing off is required or not.” As a result, in trademark lawsuits, even deceptive resemblances are deemed sufficient grounds for trademark infringement. If there are significant similarities in trade dress from the appearance of the two things, it falls under the offense of passing off. This was the first case in India to recognize the notion of trade dress and grant protection to the plaintiff.

In the present case, the plaintiff’s chosen bottle shape has no practical relationship with the nature of the product or the quality required of the container in which Vodka must be sold. The shape is erratic. It is capricious in the sense that it is original and stems from the plaintiff’s inventiveness and imagination. A comparison of the shape of the defendant’s bottle with the plaintiff’s bottle would appear to indicate a remarkable similarity at first glance.

In a series of decisions, Indian courts have recognized the concept and reached similar conclusions. In the matter of DGT Holding B. V & Anr. Vs Ravi Scientific Industries & Anr. (2013), the Delhi High Court addressed the defendant’s argument that a product’s design cannot be utilized as a shape trade mark. The defendant argued that passing off relief could not be granted based on a design as a shape trade mark. However, relying on the case of Mohan Lal v. Sona Paint, 2013, the Hon’ble High Court of Delhi held that the plaintiff would be entitled to bring a passing-off action in respect of a design he used as a trade mark if the action contained the necessary ingredients (i.e. it must be shown that the shape or mark has developed substantial goodwill and reputation and that the defendant has adopted a deceptively or confusing). The defendant’s contention that no trademark registration could be granted because of the products’ design was similarly rejected by the court. The Hon’ble High Court of Delhi also declared that, as long as Plaintiff satisfies the Court about the elements of a pass-off claim, such action will always be open to Plaintiff. As a result, the Hon’ble High Court of Delhi has ruled after relying on the Mohan Lal decision, that a suit in design for a product can be maintained as a passing off action for a shape trademark if the passing off action contains the requisite ingredients.

Recently, in the landmark judgment of Carlsberg Breweries A/S. vs. Som Distilleries and Breweries Ltd. (2019), decided by the Delhi High Court, the tenability of Composite suit in relation to design infringement and passing-off was also called into question. Carlsberg Breweries was using a unique and distinctive bottle in respect of its product design, i.e. beer, under the brand name ‘TUBORG,’ registered under the Designs Act, 2000. The plaintiff claimed that the registered design’s uniqueness was based on the bottle’s shape and arrangement and that its product was being sold with a distinctive trade dress by Som distillery, which was marketing its product under the brand name ‘HUNTER.’Carlsberg’s main argument was that the defendant had imitated Carlsberg’s registered bottle design, registered label mark, and trade dress in relation to its product, resulting in not only infringement of Carlsberg’s registered bottle design and infringement of its trademark contained in the ‘clock man shape label,’ but also passing-off of its products. Som Distilleries, according to Carlsberg, was not only using the bottle, but also the label, cap, trade dress, and get-up, all of which were a complete copy of Carlsberg’s copyrighted bottle design. By stating that “the basic facts which impel a plaintiff to approach a court, complaining of design infringement are the same as in the case of passing off,” the court held that a composite suit in relation to the infringement of a registered design and passing off, where the parties are the same, is maintainable in a court of law. It’s impossible to imagine a cause of action is “divided” and presented in several cases in such circumstances.”

In the light of aforesaid analysis, In the matter of Gorbatschow Wodka (2011), the Court appropriately allowed the relief as there were some remarkable similarities in the shape of the bottles. Furthermore, the plaintiff had established that the shape of its bottle was linked with its company worldwide and therefore a trademark. Because the shape of goods and their packaging is statutorily recognized as a fundamental feature of a trademark for differentiating a person’s goods or services from those of others under the Trade Marks Act 1999, passing off against the infringement of a shape is essentially allowed. Furthermore, as analyzed above, this stance has been backed by the Indian judiciary as well. Additionally, Section 27(2) of the Trade Marks Act 1999 states that nothing in the Act would be construed to impede a person’s ability to sue for passing off goods or services. It’s also interesting to note that the judiciary recently confirmed the viability of a composite suit in connection to design infringement and passing off, which would help to reduce the multiplicity of cases in this regard.