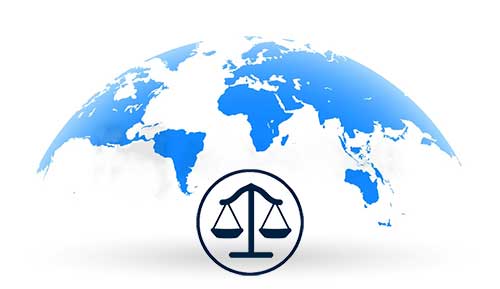 In many nations, comparative advertising is a common form of commercial advertising. The word “comparative advertisement” refers to a comparison of an advertiser’s goods and services to those of a competitor. The goal of comparative advertising is threefold: to raise public awareness through honest comparison, to promote the brand, and to increase market sales. These advertising are intended to compare the value, quality, price, benefits, and other aspects of their product to those of competitors in order to influence consumer behavior by giving the impression that their product is better than or on par with the competition. The Trademark Act of 1999 contains provisions to protect trademarks from infringement.

Aside from trademark regulations, India has the “Advertising Standard Council of India (ASCI),” which permits competitive advertising if it is transparent, based on facts, and does not confuse a potential buyer. The advertisement shall not offer the producer an unfair advantage over the competitor’s goods, services, or brand.

Judicial Trends around the globe:

In the case of Hindustan Unilever Ltd. v Reckitt Benckiser Ltd.(2008), the plaintiff was the owner of the brand names “Lifebuoy” and “VIM,” while the respondent was the owner of “Dettol” and “Dettol Healthy Kitchen Gel”. The plaintiff claimed that the respondent’s advertisement infringed on the plaintiff’s trademark since the commercial represented half of the plate being washed with yellow color gel, which left germs behind, and the other half being cleaned with Dettol liquid gel. It is evident that the comparison was drawn in order to disparage the plaintiff’s product. The court upheld the injunction against the defendant, ruling that while puffery can be used in advertisements, there is a fine line between puffery and disparagement. The current commercial has crossed the line because it mentions the term “leading dish wash,” which any reasonable person will associate with “VIM,” thus it is not honest conduct and will constitute trademark infringement.

According to section 32 of the Lanham Act, if a party uses “in commerce any reproduction, counterfeit, copy, or colorable imitation of a registered mark in connection with the sale, offering for sale, distribution, or advertising of any goods or services on or in connection with which such use is likely to cause confusion, or to cause mistake, or to deceive,” that party will be liable for trademark infringement. The plaintiff must show that the defendant is using a mark that is confusingly similar to the plaintiff’s own mark in order to prove trademark infringement under the Lanham Act. For example, in Playboy Enterprises, Inc. v. Frena[1993], Playboy sued Frena, the operator of an electronic bulletin board service where customers frequently exchanged copies of Playboy images. Many of the photos included Playboy’s registered PLAYBOY and PLAYMATE trademarks. Frena was charged with trademark violation by Playboy. “It is likely that customers of Defendant Frena would believe that Playboy was the source of Defendant Frena’s images and that Playboy either sponsored, endorsed or approved his use of the images,” the court said, despite Frena’s claim that he couldn’t control what his subscribers put on the bulletin board.

S.10 (3) of the UK’s Trade Marks Act 1994 stipulates that it is not essential to prove the probability of confusion in order to constitute infringement under this provision, even if the items in question are unrelated. In BMW v. Deenik [1999], a garage owner marketed his skill in repairing and maintaining BMW cars by using words such as “BMW Specialist,” “Specialized in BMW,” and “Repairs and Maintenance of BMWs.” BMW objected to the use of its registered trademark in this manner and filed a complaint with the ECK, citing Article 5 of the Directive as the basis for its claim. The Court found that the garage owner’s use of BMW’s registered trade mark was justified in these circumstances because he would otherwise be unable to promote his business and that it also fell within the meaning of Article 7 of the directive that the defendant was referring to authentic BMW automobiles that had been put on the market with BMW’s agreement. According to Article 7, the trademark owner cannot, with his approval, limit the use of his goods in the common market under that trademark. Subject to the condition that the items be altered or harmed after they have been placed on the market, or for any other valid reason.

Thus, a comparison of the three countries reveals that trademark infringement during comparative advertising is prohibited, but that one may compare his products to those of others in a healthy manner.

Comparative advertising makes direct or indirect comparisons between the advertised brand and its competitors. While comparative advertising is prevalent and growing in today’s market, advertisers must be cautious when using it because it has significant benefits and drawbacks. There must be safeguards in place to ensure that traders engaged in comparison advertising are not deceiving, engaging in unfair trade practices, insulting other competitors’ products, infringing on their trademarks, and thereby misleading the public while advertising their product. Advertising in India is governed by a number of statutes and rules, including the Indian Constitution, the Trademarks Act of 1999, the Consumer Protection Act, and the Advertising Standard Council of India’s codes (ASCI). However, it has been determined that in order to defend one’s intellectual property rights, a third party cannot be authorized to take the trademark owner for a ride at the expense of his reputation. As a result, it can be concluded that comparative advertising was common in the United Kingdom and the United States, and is now common in India as well. However, as a result of this increase, trademark infringement in comparative advertising through unfair and misleading trade practices has become quite common. The courts and legislation play a vital role in preventing and redressing unfair discrimination in this country.