Note on CCI’s Report on the Pharmaceutical Sector 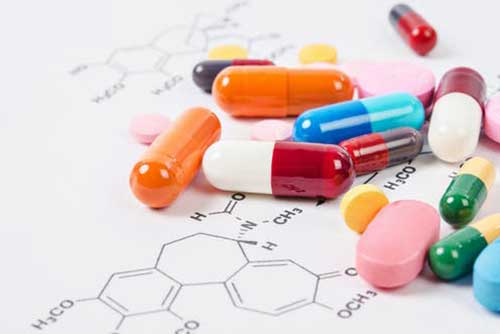 Key findings and observations from a market analysis conducted by the Competition Commission of India (CCI) were revealed on November 18, 2021.

There are many components of the study, including trade margins, disputes between online and offline distributors, trade associations, and modes of distribution, that are examined. To date, there have been 43 complaints about the pharmaceutical industry to the CCI. Online pharmacies’ pricing and competition, as well as branded generic pharmaceuticals’ popularity at both wholesale and retail levels and the influence of e-commerce, were all examined as part of a comprehensive inquiry to keep up with the influx of new cases.

In the report, CCI deal with the issues such as:

Globally, the Indian pharmaceutical business has grown at a breakneck pace, surpassing the United States as the largest provider of generic medications. Generics account for roughly 87 percent of the market, while branded generics account for the remaining 18 percent, according to the CCI. Consumers in India have developed a very separate market for “branded generics.” It has been determined that retail margins offered to retailers and chemists, rather than generics themselves, drive competitiveness and sales in this segment.

The CCI recognizes the importance of generic drugs in lowering the prices of pharmaceuticals, which in turn helps to reduce healthcare expenditures and improve accessibility.

The following observations are particularly noteworthy:

The CCI has made the following recommendations in order to harmonize and implement quality control in the workplace:

Despite the fact that data and digital technologies have the potential to improve healthcare access and efficiency, a study has raised concerns about the collection, storage, security, and sharing of such information due to the concentration of data on a small number of platforms, according to the findings.

It is possible to examine the potential harm to competition caused by digital firms with market dominance gathering large volumes of data under Indian competition law because the statute is broad enough to accommodate such an assessment.

In order to preserve patient privacy and sensitive personal medical data, the CCI stressed the importance of putting in place essential restrictions until India passes its own data protection legislation.

Online pharmacies should be responsible for the collection, use, and sharing of their customers’ personal information.

According to the findings of the study, people in India are willing to pay more for branded goods even though there is a lot of generic competition. There is a big price difference between the price of the most expensive branded generic and the price of an unbranded generic that was bought through public procurement for 46 out of 54 drugs in six therapeutic categories. This price difference ranges from a few dollars to several hundred dollars. Prices for the two items vary by 107 to 197%.

In the study, brand competition for patented pharmaceuticals is based on quality and value. In this case, the brand name is used to identify the product and make people aware of it. However, CCI says that generic drugs, no matter what their brand names are, should not be subject to the same rules as brand-name pharmaceuticals.

It has been proven that active pharmacological components that are thought to be the same as those in the original drug’s non-price qualities, such as safety and efficacy, can be switched out. According to the findings of the study, the way people think generic prices are different is a big problem for competitive pricing. Even though low-cost generic versions of most original drugs are available in practice, the lack of price competition is made worse by a lack of knowledge about generic quality and a consumer preference for name-brand prescriptions. According to the CCI, there are a lot of things that can be done to improve the quality of generic drugs, like the following:

This includes a central portal for drug regulation, a set of quality standards that are the same across states, a robust method for drug testing and sample collection, and the printing of standard compliance marks on unbranded medications to raise customer awareness. It also includes the need to test and sample more people for drug safety.

There is a study that looks at distribution networks and the effects of competitive distortion at every point in the supply chain. The CCI says that producers, stockists, and pharmacies need to be able to compete in the market and that they should not rely on any collective restrictions imposed by groups like the CCI, which could make it hard for them to compete. The following practices have been shown to slow down competition:

However, this study doesn’t say for sure whether standards set by the NOC and PIS help remove substandard or fake drugs from the market. The CCI thinks that these problems can be solved by using a new way to get drug information out there.

No Objection Certificates and Product Information Service charges are anti-competitive in a lot of different situations, the CCI has said.

According to a study of trade groups, when competitors work together to make and enforce rules that have a big impact on the market, the competition authorities should look into it.

Such trade associations, according to the CCI, should follow a good competition compliance plan to avoid any anti-competitive behavior that is against the Competition Act.

The right regulatory frameworks need to be in place, with a special focus on the competition issue in the pharmaceutical industry. The CCI may also bring up these issues with others as part of its advocacy role. The drug regulators at both the federal and state level are willing to talk about possible anti-competitive regulation measures. In the study, the CCI encourages trade associations to have an effective competition compliance program so that their members’ interests are protected from unfair competition, including but not limited to, anti-competitive practices, that the associations and/or their members do not engage in any way. Making it hard for people to get in or out of the business; refusing to do business with them; e.g. As part of their study, CCI looks into how online pharmacies can help improve the efficiency of the supply chain. A study found this: A shorter supply chain with fewer people in it means that this model is better than other ones.

Customers are getting bigger margins and more generous discounts from online pharmacies, but their main concern has been about their privacy. To tackle these plaguing issues, the Study has made insightful recommendations to secure the long-term competition interests in the Pharma sector.

Author: Amey Jadhav – an intern at Khurana & Khurana, Advocates and IP Attorney,  in case of any queries please contact/write back to us via email vidushi@khuranaandkhurana.com