The NCLT was established under Section 408 of the Companies Act, 2013 18 of 2013 w.e.f 01st June 2016 to exercise and discharge all duties and functions conferred on it by or under this Act or any other law in force at the time. The IBC’s institutional foundation called for the creation of a single forum to deal with insolvency issues that had previously been dispersed among various fora. On account of a debt default, the IBC allows numerous parties (i.e. corporate debtors, financial creditors, and operational creditors) to initiate an insolvency resolution process. Any financial creditor can commence a Corporate Insolvency Resolution Process against a corporate debtor based on non-payment, according to section 7 of the IBC. It is, however, intended specifically for financial creditors, who, under clause (1) of the provision, may file an application with the National Company Law Tribunal to commence the Corporate Insolvency Resolution Process either alone or collectively with other creditors. In such a circumstance, the NCLT must determine whether a default has occurred. However, the question remains whether the NCLT’s power under section 7 of the IBC is limited to determining the default based on evidence or if it extends beyond that. This blog will examine this topic in light of the Supreme Court’s recent decision in the matter of E S Krishnamurthy & Ors. Vs. M/s Bharath Hi-Tech Builders Pvt. Ltd.

The case began with a Master Agreement to Sell signed on June 22, 2014, between the respondent, IDBI Trusteeship Limited, and Karvy Realty (India) Limited in order to obtain Rs 50 crores for the development of 100 acres of agricultural property. Because the required funds could not be raised under the Master Agreement, the respondent, IDBI Trusteeship Limited, and the Facility Agent engaged in a Syndicate Loan Agreement on 22 November 2014 to obtain a term loan of Rs 18 crores from prospective lenders. The loan was to be repayable in 24 months from the date of Execution of the Loan Agreement, and in the event of default, the respondent was to pay an additional 1% interest per month. Due to the respondent’s failure to repay Rs. 33, 84,32,493, a number of appellants together with the number of petitioners filed a Section 7 application with the NCLT in Bengaluru. The petition was dismissed by the NCLT in February 2020 after both parties provided joint consent terms. However, the settlement had not been approved by all of the petitioners. The panel ordered the respondent to resolve the case within three months and told the initial petitioners that they might come back if they were still dissatisfied. The petitioners took their case to the NCLAT, which agreed with the NCLT’s position. The petitioners then filed an appeal with the Supreme Court, disputing the order. 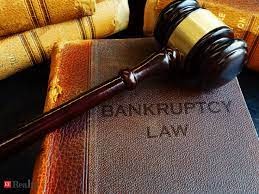 The Supreme Court had to decide whether the NCLT and NCLAT were correct in dismissing the appellants’ appeal without considering the merits of the petition under Section 7 of the IBC at the ‘pre-affirmation stage,’ and directing them to settle with the respondent within 90 days.

SUPREME COURT’S TAKE ON THE ISSUE

The Supreme Court ruled on December 14, 2021, that while acting as “courts of equity,” the National Company Law Tribunal (NCLT) and the National Company Law Appellate Tribunal (NCLAT) cannot compel parties to settle their disputes. The NCLT is only authorized to verify whether a default has happened, according to a bench led by Justice D. Y. Chandrachud. The NCLT “must either admit or deny an application,” according to its ruling. “These are the only two options available to the adjudicating authority, which cannot compel a party to the proceedings to settle a dispute,” the bench stated. While the NCLT and NCLAT can urge settlements to meet the goals of the Insolvency and Bankruptcy Code (IBC), they cannot direct any settlement by acting as courts of equity, according to the top court. It stated that settlements must be promoted because the ultimate goal of the IBC is to allow a corporate debtor to continue operating and be rehabilitated, rather than to allow it to go into liquidation.

JURISDICTION OF NCLT AND NCLAT

What the Adjudicating Authority and Appellate Authority, however, have proceeded to do in the present case is to abdicate their jurisdiction to decide a petition under Section 7 by directing the respondent to settle the remaining claims within three months and leaving it open to the original petitioners, who are aggrieved by the settlement process, to move fresh proceedings in accordance with the law. Such a course of action is not contemplated by the IBC.

In Innoventive Industries Ltd. v. ICICI Bank, a two-judge Bench of this Court explained the scope of Section 7 of the IBC, holding that the Adjudicating Authority only has to determine whether a “default” has occurred, i.e., whether the “debt” (which may still be disputed) was due and remained unpaid. If the Adjudicating Authority believes a “default” has happened, the application must be admitted unless it is incomplete in which case it may give notice to the applicant to rectify the defect within 7 days of receipt of a notice from the adjudicating authority. Under sub-section (7), the adjudicating authority shall then communicate the order passed to the financial creditor and corporate debtor within 7 days of admission or rejection of such application, as the case may be.

A two-judge Bench of this Court, speaking through Justice D.Y. Chandrachud, held in the case of Pratap Technocrats (P) Ltd. and Others v. Monitoring Committee of Reliance Infratel Limited and Others:

As a result, the Supreme Court decided in this instance that the Adjudicating Authority’s order, as well as the instructions that were finally issued, amounted to an abdication of jurisdiction. The Appellate Authority’s conclusion that the appeal could not be maintained was incorrect. Clearly, the Adjudicating Authority did not carry out the authority that had been entrusted to it. Thus, a strong case was presented for the exercise of the appellate authority, which the Appellate Authority then neglected to exercise. As a result, the Supreme Court granted the appeal and set aside the NCLAT in Company Appeal and the NCLT’s impugned judgment and order dated 30 July 2020. As a result, the petition under Section 7 of the IBC was returned to the NCLT for a new hearing.

In evaluating whether the Adjudicating Authority and Appellate Authority acted outside of their jurisdiction in ‘directing’ the parties to settle with the respondent, this decision gave a strong interpretation of Section 7 of the IBC. When examining a Section 7 application, the Adjudicating Authority is simply obligated to determine the presence of a default – nothing more and nothing less. And it must establish this default using the evidence given under Section 7 (3) clause (a). To achieve a quick resolution, the Adjudicating Authority must issue its decision within 14 days of receiving the application, as required by sub-section (4). The adjudicating body’s jurisdiction to compel parties to resolve disputes is not mentioned anywhere in the clause. The section nowhere mentions the adjudicating body’s authority to compel parties to settle disputes. While the NCLT and NCLAT can initiate settlements to achieve the objectives of the indebtedness and chapter 11 code (IBC), they cannot demand repayment by acting as courts of equity. As a result, it was rightly put, the NCLT and NCLAT are legal manifestations, and are thus limited to the legal settlement powers contained in the Statute, which in this case is the IBC.