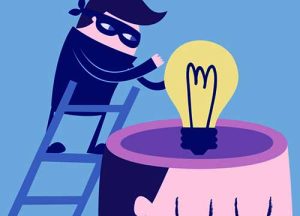 In the recent judgment of the Delhi High Court dated 13th December 2021, it was observed that “When an infringer seeks to defend patent infringement on the ground that the patent is invalid, the onus to prove the invalidity of patent lies heavily on an infringer and this standard has to be met when applying the Principle of Credibility”.

On 27th March 2009, the Patent suit (alternatively be used as suit patent) was originally granted to M/s SmithKline Beecham Corporation (later renamed “GlaxoSmithKline LLC”). According to Novartis, on 5th October 2015, the patent suit was first assigned by GlaxoSmithKline LLC to the Glaxo Group Ltd, by a back-to-back assignment deed. On the same date, i.e. 5th October 2015, the Patent suit was assigned by the Glaxo Group Ltd to Novartis Pharma AG by another assignment deed, to Plaintiff 1. Plaintiff 2 is the Indian subsidiary of Plaintiff 1, which imports and markets the patented product in India. The defendant does not dispute these assertions, at least at this stage.

By virtue of Section 53(1) of the Patents Act, the patent would be applicable till 21st May 2023 from the International Filing Date of the suit patent i.e. 21st May 2003. The invention was granted the non-proprietary United States Adopted Name (USAN) name “Eltrombopag Olamine” (abbreviated, for the sake of convenience, as “EO”), and has the chemical structure. The Complete Specifications of the suit patent, as filed with the Indian Patent Office (IPO) for grant of the patent declares that Eltrombopag “is a compound which is disclosed and claimed, along with pharmaceutically acceptable salts, hydrates, solvates and esters thereof, as being useful as an against of the TPO2 receptor. Eltrombopag Olamine (EO) is a compound that helps in enhancing platelet production and is particularly used in the treatment of thrombocytopenia (low blood platelet count). The patent is owned by Novartis, under the tradename “REVOLADE”.

When the defendants were launching their branded EO in the market. The plaintiff alleges and infringes the claim of the patent suit (which is still applicable) as the defendant has not obtained a license from the plaintiffs. The present application seeks interlocutory injunctive orders as the plaintiff seeks an injunction against the defendants from infringing the patent suit. The defendant contests the suit by questioning the validity of the suit patent IN 161, invoking, for the purpose, Section 107(1), read with clauses (a), (d), (e), (f), (j), (k) and (m) of Section 64 of the Patents Act. The challenge is predicated on treating IN 213176 (in short, ‘IN 176’:- A compound and a pharmaceutical composition for use in enhancing platelet production), also held by the plaintiffs, as prior art.

The defendant submitted that The Active Pharmaceutical Ingredient (API), which provided therapeutic activity against thrombocytopenia, is Eltrombopag, and not EO. EO functioned only as a pro-drug, which enabled the delivery of Eltrombopag to the target site. EO does not have any inherent therapeutic activity. Reliance was placed, in this regard, on the leaflet and prescribing information for REVOLADE, which indicated that EO was present, in the tablets, in a quantity which was sufficient to enable providing of equivalent specified amounts/dosages of Eltrombopag to the patient.

After hearing the arguments, the court on a prima facie concluded that there is a fundamental misconception relating the concepts of a “credible challenge” and of “vulnerability”. The submissions advanced by the defendant seem to have been predicated on the premise that the slightest shadow of a doubt, which could be cast on the patent suit, was sufficient to constitute a credible challenge, exposing its vulnerability to revocation. According to the court, this proposition is completely misconceived.

Dealing with the facts of the present case, the Court said that the infringer never chose to challenge the suit patent either at the pre-grant or post-grant stage and therefore they have not “cleared the way” before exploiting the patent suit. The defendants, in the present case, neither launched any pre-grant nor any post-grant, opposition to IN 161. They have not initiated any proceeding before IPAB or any other authority, for revocation, cancellation, or removal of the suit patent from the register of patents. In such circumstances, the holder of the suit patent would ordinarily be entitled to an injunction against continued infringement. Absent any prima facie case of the vulnerability of the suit patent to revocation on the ground of invalidity, therefore, an injunction cannot be refused, once the infringement is established.

According to the court, despite the defendant’s eloquence did not convince that a prima facie case of the vulnerability of the suit patent IN 161 to revocation exists, on any of the grounds envisaged by Section 64 of the Patents Act. Infringement has been established and the plaintiff is entitled to an injunction order.

In the Court’s opinion, the defendant is restrained by itself or through its directors, group companies or sister concerns, associates, divisions, assigns in business, licensees, franchisees, agents, stockiest, distributors and dealers from using, manufacturing (either through itself or through third parties), importing, selling, offering for sale either by way of promotion or tender or any other means, exporting, directly or indirectly dealing in Active Pharmaceutical Ingredient (API), pharmaceutical products, or formulation containing Eltrombopag Olamine (Eltrombopag bis(monoethanolamine)) either alone or in combination with any other compound or API or in any other form as may amount to infringement of patent suit.

When an infringer seeks to defend the claim of infringement on the ground that the patent in concern is invalid, the onus, to prove such invalidity heavily lies on the infringed. In the case, above-mentioned, repeated attempts were made by the defendant to convince the justice, that any and every ground that the defendant sought to raise, and for which a cast iron response from the plaintiff was not immediately forthcoming, was sufficient to establish vulnerability of the suit patent to revocation. A revocation is a drastic act, and a patent, once granted, cannot be treated as easily vulnerable to revocation. The defendants, in the present case, neither launched any pre-grant nor any post-grant, opposition to IN 161. They have not initiated any proceeding before IPAB or any other authority, for revocation, cancellation, or removal of the suit patent from the register of patents. In such circumstances, the holder of the suit patent would ordinarily be entitled to an injunction against continued infringement. Absent any prima facie case of the vulnerability of the suit patent to revocation on the ground of invalidity, therefore, an injunction cannot be refused, once the infringement is established. Since Defendant failed to prove its defense of the patent being invalid and infringement being established by Plaintiff, the plaintiff is entitled to an order of injunction. Therefore, subject to the facts of the case, Justice C Hari Shankar gave the prominent observation that the onus to prove the invalidity of patent lies on the infringer.

Author: Poonam Nahar – a student of Marathwada Mitra Mandal’s Shankarrao Chavan Law College (Pune), an intern at Khurana & Khurana, Advocates and IP Attorney,  in case of any queries please contact/write back to us via email vidushi@khuranaandkhurana.com