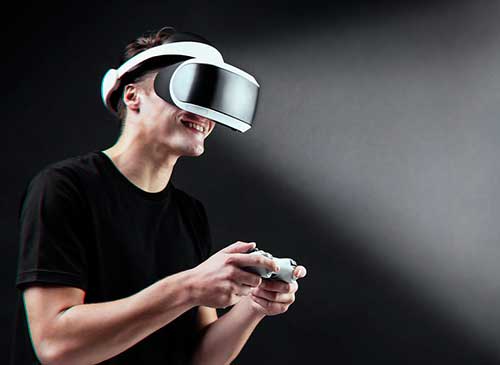 People of all ages play games for their amusement and recreational value all across the world. In recent months, India’s online gaming business has been humming with activity. With technical and digital improvements, India’s gaming sector has undergone a fundamental shift. Given India’s largely youthful population and the widespread availability of cellphones and internet access even in rural and distant places, the online gaming sector has already experienced phenomenal development and still has a lot of room to grow.

Proper regulation of online sports would encourage investment in the area, perhaps resulting in technology breakthroughs, income generation, and job creation hence a comprehensive framework by a regulatory authority is essential to govern online sports and to deter any illicit activity.

An obvious issue amidst the commotion is whether or not internet/online gaming is legal in India. Given India’s ancient and intricate gaming legal structure, the answer is sadly not simple.

The online gambling sector is one of the fastest-growing segments of the internet gaming industry. There is no definite answer as to whether or not online gambling is legally allowed in India; it is a bit of a grey area.

The Indian Constitution gives each state the authority to enact its own gaming legislation. There are several state-specific variances as a result of this.

Game of Skill versus Game of Chance

The test that is used by The Supreme Court of India in determining whether an online game comes in the definition of gambling/betting i.e. should be prohibited, is the test of Skill versus Chance. The question of whether one online gaming application is a skill or a chance game is a tricky one.

Recently, the Karnataka Government also passed the Karnataka Police (Amendment) Act, 2021, outlawing all types of internet games including betting, wagering, or gambling of any sort in the state. Playing online games that include “digital means and virtual currency [or] electronic transfer of funds in conjunction with any game of chance” has also been prohibited by the government.

The constitutionality of this Amendment Act is under question currently. The petitioners, the All Gaming Federation India, have sought a stay on the implementation of the new amendments to the Police Act pertaining to online gaming, as well as directions to the state government not to commence actions under the legislation while the petition is pending. The petitioner’s counsel contended that there is an element of chance in any card game, to the point of putting away the chance. This does not negate the fact that Bridge or Rummy is a skill-based game. The fact that there is a chance does not imply that it is a less competent game of skill. The Constitutionality has been challenged on the ground that courts have attempted to create a clear difference between games of skill and games of chance over the years. Given that the courts conducted this exercise after rationally interpreting the terms “games of chance” and “games of skill,” the Karnataka government puts the state’s economy on the back foot by prohibiting any game that involves the act of risking money and thus making the Act overtly arbitrary under Article 14 of the Indian Constitution.

Before delving into the legalities of fantasy sports, it’s important to understand what they are. In a nutshell, a fantasy sport is an online game in which players form virtual teams and compete for points. These points can be redeemed in a variety of ways, including money or cash.

In the absence of government regulating authority in India, the Federation of Indian Fantasy Sports (FIFS), a self-regulatory authority, assumed responsibility for maintaining a high level of operation and safeguarding the interests of fantasy sports users.

The fundamental argument in favor of fantasy sports games has always been that they are primarily skill-based activities, and as skill-based games are usually exempted from the definition of gambling, fantasy sports should be totally excluded from state gambling laws as well.

The validity of Dream 11 as a Fantasy Sport was also recently called into question, and the Supreme Court ruled that Dream 11 is solely a skill game, and gambling does not qualify as fantasy sports. According to the Court, Dream 11 was also accused of engaging in commercial activity, which is rightfully protected under Article 19(1) (g) of the Indian Constitution.

The Apex Court through this order dismissed a Special Leave Petition (SLP) that alleged that the Online Fantasy Sports (OFS) model offered by Dream 11 is gambling and not a ‘Game of Skill,’ and maintained the verdicts of the Punjab & Haryana High Court and the Bombay High Court, as well as upholding the ruling of the Rajasthan High Court.

The existing situation under India’s internet gambling legislation can be harmful to the country’s economy. The country obviously has a robust internet gambling sector, and local casino sites might provide significant tax revenue for the country. It will also deter Indian citizens from playing at illicit casino sites physically where their money and security are at a greater risk of being harmed. The need to protect players is critical, but there may be alternatives to outright prohibitions on online gaming. Checks and balances, on the other hand, could well be implemented. State rules governing online gaming are quite ancient and out-of-date, and they must be adjusted to reflect contemporary gaming. Money involvement in online games is not always destructive, provided sufficient precautions are followed, and hence such games do not have to be completely forbidden.

Author: Saumya Tripathi – an intern at Khurana & Khurana, Advocates and IP Attorney,  in case of any queries please contact/write back to us via email vidushi@khuranaandkhurana.com