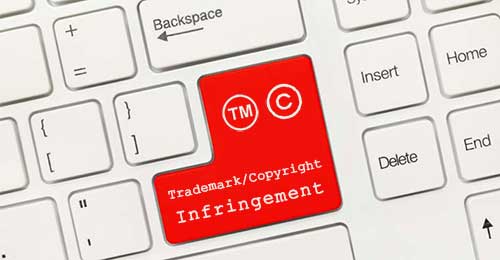 The Respondent’s main claim in the present application is that their trademark and copyright were being infringed by the applicants (Defendants in the original suit). The respondents were of the observation that the applicant was passing off under a deceptive similarity of his label to that of the respondent’s original label. The applicant, however, hitting the angle of incorrect territorial jurisdiction in the original case has made an attempt to strike down the case of the Respondents. The applicant’s claim was that the Respondents have wrongly claimed the territorial jurisdiction of the instant Court only on the basis of the location of one of the branch offices of the Respondent, which is in Chennai.

As a counter to the applicant’s claim, the respondents took shelter under section 134(2) of the Trademarks Act, 1999, and section 62(2) of the Copyright Act. Both the sections state that any person can institute a suit at such a District Court within the jurisdiction of where the person either resides or does business at the time of instituting the suit. One thing to be noted in the issue of territorial jurisdiction, in this case, is that the impediment of section 20 of the Civil Procedure Code has been removed. When it comes to the infringement of copyright and trademark, then, territorial jurisdiction under sections 62(2) and 134(2) apply. This is why the Respondents claimed that the issue of territorial jurisdiction was not of concern in the present case because they had their branch office in Chennai. They stated that they do have business in their branch office and therefore the case falls within the jurisdiction of the Hon’ble Court. Whereas, the Applicants submitted that the Respondents had their principal place of work at Sivakasi and the same could be verified by carefully reading the Plaint filed by the Respondents. Moreover, no transactions in relation to the business had been done through the branch office. Additionally, there was no proof to substantiate that the GST was paid from the branch office.

The Supreme Court in Sanjay Dalia’s case referred to the case of Sonic Surgical v. National Insurance Co. Ltd. wherein not examining the meaning of the sections (134(2) of Trademark Act, 62(2) of Copyright Act and 20 of CPC), it only looked for the solution for persons filing a suit in the territory of their respective branch offices. The Supreme Court stated that to institute a suit in the territory of the branch office, there should a part of the cause of action have arisen in the territory of the branch office. This will enable the person/proprietor to file/initiate a suit accordingly. Instituting a suit at a place where a branch office is situated, however, when, no cause of action has arisen there leads to nothing but a complete absurdity. In Court’s terms, it leads to ‘mischievous consequences.’ This decision of the Supreme Court was followed in the case of Hindustan Unilever Limited Ponds House v. S. Shanthi [2021 SCC OnLine Mad 5428]. Here, the plant was returned to the plaintiff stating that the territorial jurisdiction doesn’t stand if the cause of action (even in part) has not arisen at the place where the branch office is situated.

The question of application of the principle of forum convenience has also been in the question of relevance in the present case. the meaning of this principle is quite self-explanatory. It literally means convenient or an appropriate forum. A person must institute a suit in a forum of a territory in which he either resides or has business and where whole or part cause of action has arisen. This principle is merely to make it convenient for the aggrieved person to reach out to the Court. Having understood the principle, the only lesson to be learned here is that the plaintiffs/respondents should not take undue advantage of the convenience that is made available to them. For instance, if an entity carries out all his business at Delhi but files a suit at a far-flung place where he has his branch office set up but no business is carried out there, then the suit becomes non-admissible in the Court of such far-flung area. Similarly, in the present case, the applicant knew that the suit filed against them by the Respondents didn’t have any stand because the present Court did not have the territorial jurisdiction to adjudge the case at hand. Respondents had their main office at Sivakasi, whereas, they had filed the suit at the Chennai court where their branch office was situated.

It was eventually observed that the branch office was not substantially functional and that the cause of action, not even partly arose at Chennai. Hence, the application was allowed and the Court held that the Commercial Division did not have territorial jurisdiction to proceed further with the present suit. The Respondents, therefore, had to pay Rs 50,000/- to the applicant/defendant within a period of four weeks from the date of the present order. To conclude, it is observed that even in IPR matters, the issue of jurisdiction is sometimes equally important as the issue of the case itself. Furthermore, jurisdiction is something, which when not followed, can be taken in a very negative light and can also affect the whole case as such, and (as we saw in the present case) can even attract penalties, in addition to the final outcome, no matter what that may be.

Author: Priyal Dhandhukia – a student of  Symbiosis Law School (Pune), in case of any queries please contact/write back to us at Khurana & Khurana, Advocates and IP Attorneys or contact us via email sudhanshu@khuranaandkhurana.com