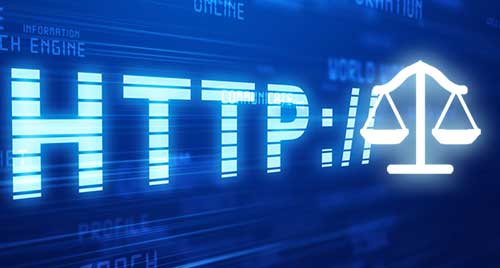 Domain names tend to have an important role in today’s internet and technology-driven business market wherein it helps in mapping IP addresses and also acts as an identifier of the trademark of a company. However, unlike trademarks, domain names are not sufficiently protected by the laws of a country. There is no uniformity to protect domain names among the laws of various countries and hence, in order to protect the domain names and bring uniformity, ICANN developed the Uniform Domain Name Resolution Policy (UDRP). The UDRP sets out the legal framework for the resolution of disputes between a domain name registrant and a third party over fraudulent and abusive registration and use of an Internet domain name in the generic top-level domains or gTLDs (e.g., .biz, .com, .info, .mobi, .name, .net, .org), and those country code top-level domains or ccTLDs that have adopted the UDRP Policy on a voluntary basis. The World Intellectual Property Organization’s (WIPO) Arbitration and Mediation center appoint an administrative panel when there is a complaint under UDRP and as per the rules of the policy.

Recently, Khurana and Khurana represented and defended one of its clients, Nautilus Networks LLP in a domain name dispute against a complaint filed by Roni Abraham as per the rules of UDRP, wherein a single member administrative panel was mutually agreed to by both the parties.

Factual Background of the case

In this case, both parties are engaged in services to the shipping and maritime industry. The complainant is a proprietor of the firm named M/s. Sea Line Group. Their main area of business is in providing recruitment services, along with consultancy and advertising related to the shipping industry. The complainant’s company also releases a magazine titled “Sea and Job” every fortnight. Their main website is on the domain “seajob.net” which is a registered domain since the year 2003. They also have another domain registered, which is “seaandjob.com.” Although the complainant holds a trademark over SEAJOB.NET (under Indian Trade Marks Laws for figurative mark) since 2011, they have not applied for any protection for “SEAJOB”. On the other hand, the respondent owns and operates a job portal on the domain “ourseajobs.com” (now re-directed to “ourseaworld.com”) for the maritime and shipping industry itself.

In January 2021, the complainant had issued a cease-and-desist notice to the respondent. That notice demanded that the respondents stop the use of the disputed domain name and also cancel the registration for the same. The domain in question was the word – “ourseajob” which the complainant claimed they had rights over. The respondents argued that the complainants had no trademark rights on the abovementioned word mark per se, but only had rights over the figurative/ logo mark. Moreover, also emphasizes the fact that the term “seajob´ is descriptive in nature and no entity can claim monopoly over such a descriptive word. Consequently, the respondent also went ahead and filed cancellation/ rectification petitions against the Complainant’s Indian trademark registrations SEAJOB.NET (figurative mark) and SEAJOB SHIPPING DIRECTORY on the ground that these marks are descriptive, generic, and hence devoid of distinctiveness. The case of cancellations is still pending. The Respondent has stated that the Indian Trade Marks Office has in the past refused the Complainant’s trademark registration for SEAJOB.NET (figurative mark) on February 14, 2019, for being descriptive and devoid of distinctiveness.

Issues in the case

Based on the contentions of the parties, the court made out the following issues in which the complainant had to provide conclusive evidence.

This Paragraph sets forth the type of disputes for which you are required to submit to a mandatory administrative proceeding. These proceedings will be conducted before one of the administrative-dispute-resolution service providers listed.

a. Applicable Disputes. You are required to submit to a mandatory administrative proceeding in the event that a third party (a “complainant”) asserts to the applicable Provider, in compliance with the Rules of Procedure, that

In the administrative proceeding, the complainant must prove that each of these three elements is present.

b. Evidence of Registration and Use in Bad Faith. For the purposes of Paragraph 4(a)(iii), the following circumstances, in particular but without limitation, if found by the Panel to be present, shall be evidence of the registration and use of a domain name in bad faith:

c. How to Demonstrate Your Rights to and Legitimate Interests in the Domain Name in Responding to a Complaint. When you receive a complaint, you should refer to Paragraph 5 of the Rules of Procedure in determining how your response should be prepared. Any of the following circumstances, in particular but without limitation, if found by the Panel to be proved based on its evaluation of all evidence presented, shall demonstrate your rights or legitimate interests to the domain name for purposes of Paragraph 4(a)(ii):

Analyzing the judgment of the Administrative Panel

The Respondent, in this case, has countered by stating that the term “seajob” is descriptive and generic in nature when it comes to using it in association with jobs, especially in maritime jobs. In this case, where, a descriptive which is conjointly created by one or more generic terms, the Complainant has the burden of proving their side of reasoning by producing supporting pieces of evidence. The Complainant has to show how is their mark distinctive from other marks similar generic marks carrying a secondary meaning with it. However, success was not met by the Complainant in proving so. As it turned out, that the Complainant does have rights to the figurative/logo mark of “SEAJOB.NET” but not over the word mark “SEAJOB”.

Now, section 1.7 of the WIPO Overview 3.0 highlights the fact that the first element out of the many amounts for a standing element. It can also be called a threshold test because the similarity test basically involves a side-by-side comparison of the disputed domain names. However, it must be observed that the mark “SEAJOB.NET” does not entirely match the disputed mark. But, the most dominant part of the mark i.e., “SEAJOB” consists of the disputed or the confusingly similar mark. This, according to section 1.7 of the WIPO Overview 3.0 will be considered to be confusingly similar and said to be recognizable within the disputed domain name.  Lastly, there are certain generic “Top-level Domains” which are – “.com”, “.info”, “.net”, “.org”. These form a standard registration requirement and thus cannot be regarded within the elements of confusingly similar tests. Therefore, having considered the necessary and related provisions, it established that the domain, according to the first element is confusingly similar to that of the alleged domain name.

Moving on, to the other substantial arguments and reasoning offered in this case. It was found by the Panel that the Complainant was aware of the use of such disputed domain name well before they sent a cease-and-desist notice to the Respondents. The Panel used its limited powers under paragraphs 10 and 12 of the UDRP Rules and rightly so, undertook factual research at www.archive.org. This was done to check how a disputed domain name may have been used in a relevant past. The Panel found, pursuant to this search, found out that at least on March 5, 2021, the Respondent had a functional website on the disputed domain name for maritime and shipping job vacancies. The Panel then went ahead to conclude that such use predates the filing of the instant proceeding and hence doesn’t meet the criteria under paragraph 4(a)(ii) of the policy. Respondent very strongly reverted by stating that “seajob” is a descriptive mark that can be rightfully used by third parties and so can they when in connection with jobs and job offerings in the marine industry. The Respondent mentioned in their response the availability and functioning of a number of domain names consisting of the word “seajob” who are all in the same line of business. The Respondent also mentioned and relied on a number of past judgments on similar lines by the forum in proving its honest and concurrent use.

The Panel then examined the final test i.e. bad faith wherein the panel decides whether the domain name was registered and is being used in bad faith. One of the many non-exclusive scenarios constitutes evidence of the respondent’s bad faith under UDRP paragraph 4(b). These are as follows:

Pursuant to the present case, the Panel was of the opinion that the respondent has been successful in factually proving that it was not in their intention to sell, rent, or transfer their domain name to the Complainant, or prevent the complainant from reflecting the word SEAJOB in any corresponding domain name. The Respondent very honestly and simply puts down their intentions by stating that they have simply registered a generic and descriptive word in order to best describe the services provided by them. In view of the same, the Panel decided that the Complainant has failed to demonstrate that the Respondent registered or used the disputed domain in bad faith according to paragraph 4(a)(iii) of the Policy and for the foregoing reasons, the complaint was denied.

To conclude, it is understood that for a successful case in a UDRP dispute, it is an absolute necessity for the Complainant to prove all three elements, which the complainant failed to do so in the present case. Moreover, it is pertinent to understand the intention of the third party whether it is being done to harm the business of the Complainant, but the same couldn’t be proved in the instant matter as the Respondent merely and honestly adopted an available domain which is very descriptive in nature to describe the services provided by it.

Author: Sudhansu Sahoo (Legal Associate) and Priyal Dhandhukia (Intern) at  Khurana & Khurana, Advocates and IP Attorneys. In case of any queries please contact/write back to us at sudhanshu@khuranaandkhurana.com.