Digital goods and services are everywhere and have gained prominence because of the continuing pandemic that restricts consumer mobility. Although digital markets are at the center of the contemporary economy, some kind of intervention is now obvious, as well as antimonopoly, to enhance their reactions to consumer welfare. Competition between players guarantees cheap pricing and innovation under normal market circumstances. Consumers and the economy thus gain both from this competition. To guarantee fair and strong competition, free markets opt for a ‘soft touch’ regulation in the form of competition law. However, the particular technical and economic characteristics of the digital markets have essentially made the “soft touch” regulation inadequate. As can be seen in a succession of anti-trust lawsuits against large technology companies like Microsoft, Google, and Facebook, the anti-trust company has been shown to fight for many reasons.

“Digital markets are epicenters of technological innovation but lately they have become zones of “entrenched and unchecked dominance”- Ashok Kumar Gupta, chairman of Competition Commission of India, stated. 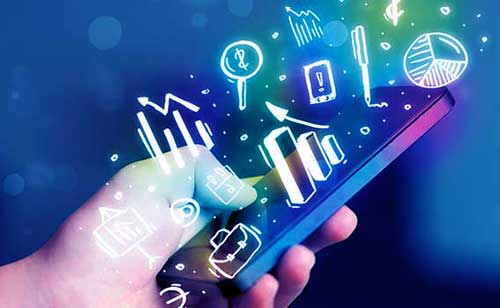 The issue with the present structure in India is that businesses are only brought under competition law (see section 3-4) under the scrutiny of the Competition Commission of India [“CCI”] after distortions of competition in the market. Even when CCI begins an investigation into the behavior of large technology, it is not clear that big technology is being punished, even if the behavior is apparently anti-competitive. As the market is emerging, it is still difficult for the Indian antitrust system to keep businesses dominant, which makes misuse hard to evaluate.

The competition commission of India levied a penalty on the search engine ‘Google’ in Re: Matrimony.com Limited and Google LLC,  for abusing the dominant role in the online search industry. The informant said that Google operates its core search and advertising business in a discriminatory way, thereby harming advertisers and the final customers. It was also said that Google is creating an unequaled field of play by favoring Google’s own services and partners by manually manipulating its search results for the benefit of its vertical partners. It has also been pointed out that Google also offers several vertical search services, including video (via YouTube), news (through Google News), mapping (through Google Maps), etc., in addition to operating the search service. It was strongly confirmed that Google began to blend many of its vertical results into its organic search results in order to promote Google’s own vertical search sites. The consequence of this activity is, for instance, that when a user selects a song’s name on Google, he or she gets connections to Google Video or YouTube videos from that song, both of which are Google companies. In its conclusion, the Commission also pointed out that the exponential development of the Internet has now enabled online marketplaces to encompass a growing range of commercial activities. The business bracket has not seen the development of major internet platforms that have the potential to exert significant influence over market players. The online market platforms have access across the internet, including huge amounts of personal data. They may thus take on a position where fresh innovation is discouraged or consumer welfare is tarnished.

In its proposed Digital Markets Act, the EC has imposed various duties on significant players in the market, including sharing crucial industry data so that new entrants in the market also have an equal chance to compete in the market. Ex-ante regulations are necessary because once the competition in the market is distorted, restoring it is a challenging task due to network effects and resistance of users to move to new services, as the service provided by the big-techs is usually better than others.

The Interface between Artificial Intelligence and Competition Law in India

Artificial Intelligence (AI)  poses three essentially regulatory challenges: market foreclosure and related exclusion, new forms of collusion, and new pricing discriminating techniques. AI may potentially create problems about technological sovereignty and economic inequality. Computerized automation procedures and rapid technological developments have changed the way we interact and participate in communication and trade. By looking at how we purchase goods and services, we can recognize that. This demonstrates more internet dependency, computers, and technology. Increased technology use has accelerated the relative decline of road trade. The competition enforcement system takes human behavior and the law enforcement authorities have decided on anti-competitive conduct, including manipulating bids. Competition is frequently focused on possible illegal agreements between competitors, conflicting vertical constraints (e.g. resale prices), abuse of market dominance, and mergers with a potential to substantially end competition. These collusion and anti-competitive arrangements allow for an aspect of human engagement and participation. Nevertheless, we are going from the era in which managers work actively in smoke-filled areas to the future in which pricing algorithms continuously monitor and adjust prices and data on the market. Therefore, collusion agreements between CEOs are not needed to be signed. Companies may unilaterally employ their price algorithm, which sets their own rates. Therefore, anti-competitive intent may not always be present. Executives cannot predict if, when, and for how long price algorithms would be utilized at inflated prices across the company. There is a danger that collaboration is elusive rather than open collusion. One of the collision types generated by the method is the Digital Eye. Digital Eye allows competitors to separately develop and use computer programs to achieve a certain objective, such as profit maximization. Machines are able, through self-learning and testing, to independently develop methods for optimizing profit. The capability of PC algorithms for analyzing data volume with very quick and long-lasting non-emotional responses underlying the premises on which competition protection is founded discontinues. Axiomatically, without any evidence of contact or agreement a cartel deems necessary, a market may be pierced. In Meyer v. Kalanick, Uber’s inventor defended himself, claiming that pricing based on the algorithm followed only “natural market fluctuations.” It was not viewed and evaluated by faulty human senses and brains, but by advanced PC software. The judgment in the Case of Alturas provides a major addition to the definition of coordinated technical activity. The Court noted that the circumstances at hand might encourage coordinated behavior between the parties. Two factors gave the parties tacit agreement on a shared anti-competitive behavior. The resultant behavior indicates the existence of a causal connection between concentration and market behavior. Members of any entity may therefore not abandon their obligations and responsibilities since no human behavior is included in the AI process. The use of AI programs by various entities implicitly takes responsibility for the cooperation of AI-using entities. These instances of prosecution showed the vulnerable position of the completion process and also some basic defects in the legal framework. These problems may interfere with India’s prospects for competitiveness without being responsible for remedying the complex algorithm process.

Whilst the CCI is trying its best to guarantee fairness in digital markets, there is already a need for some kind of regulation. In its E-Commerce Market Study, CCI highlighted the necessity for self-regulatory marketplace platforms for search ranking transparency: data gathering, usage, and data sharing; user review and rating system; contractual reviews and discount policies. However, this type of regulation falls far short of the preemptive ex-ante control envisaged for gatekeeper platforms by the EU in the planned Digital Markets Act. Therefore, India should implement enforceable ex-ante digital ‘gatekeepers’ rules that guarantee market challenge for companies including start-ups, and user fairness.

Author: Akshat Dahate – a student of ILS Law College (Pune) intern at Khurana & Khurana, Advocates and IP Attorneys.  In case of any queries please contact/write back to us at anubhav@khuranaandkhurana.com.