The DSM Directive and Its Adoption by Member States: Looking Back at EU’s Controversial Copyright Directive

The European Union’s Digital Single Market (DSM) Directive is an ambitious act that seeks to reform the Copyright Law in a multitude of ways, so as to accommodate modern and upcoming digital practices into the copyright sphere. It redefined several areas of the law, and brought along some positive as well as controversial provisions in an attempt to afford better protection for copyright owners, streamlining rights, marking boundaries around scientifically and academically justifiable means of exploitation of protected data, etc.

Despite the efforts to make several changes in the law, even member states that supported a number of controversial aspects of the Directive, such as France and Germany, failed to implement it fully. By June 7, 2021, the deadline set for the transposition, only two countries – Hungary and Netherlands – had fully implemented it. In order to understand the controversy around the DSM Directive 2019/790, it is necessary to understand the legal basis and effect, the relevant provisions, and the eventual implementation of the Directive. 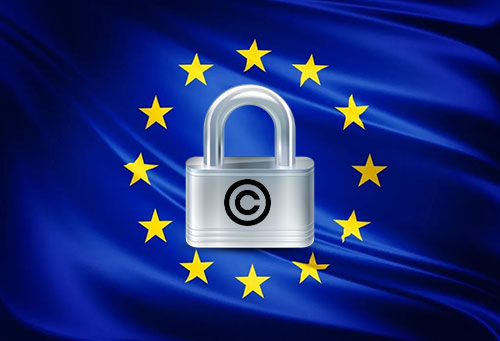 Directives such as this find their force in Article 288 of the Treaty for the Functioning of the European Union (TFEU) which deals with the EU’s power to adopt regulations, directives, decisions, etc. When the Union adopts a directive, a deadline is set for its implementation, which may require member countries to alter or add to their existing laws, known as ‘transposition’. Therefore, each country will have to give effect to a directive by the passing of national laws.

Directives have often been considered to be not directly binding upon member countries. To counter the problem of non-implementation, the CJEU formulated the Direct Effect doctrine as per which individuals can invoke a European provision before a national or European Court irrespective of transposition. With respect to Directives, this doctrine of Direct Effect is only applicable when provisions do not carry any ambiguity and are unconditional. If applicable, the state may be held liable to pay compensation for non-implementation.

A Directive Marred by Ambiguity

The 2019 Directive brought about some drastic changes in copyright law. However, common impediments to the efficient implementation of both the positive and controversial changes are the host of unreasonably strict restrictions and ambiguous terminologies contained in them.

Two articles that received criticism the most are Article 15 and Article 17 (Article 11 and 13 respectively in the Draft). Article 17 is a stringent mechanism (informally dubbed as ‘the meme killer’ or ‘upload filter’) meant to impose liability upon online services to remove any content available online that infringes copyright. Essentially, it seeks to change the intermediary liability regime in the EU whereby an online content-sharing website would have to obtain “authorization from the rightsholders… for instance by concluding a licensing agreement” in order to legally communicate or make available to the public access to copyrighted or protected works. This procedure is said to act as an upload filter for protected works which effectively requires services to monitor the material uploaded. Failing to do so would make the content providers liable for unauthorized acts of communication unless they can establish that:

Despite the extensive provision, no definition has been provided for what is meant by terms such as “best efforts” and “high industry standards of professional diligence”. As different judicial systems may interpret such terms differently, vague terms like these may result in unnecessary litigation.

Similar ambiguities exist with provisions permitting text and data mining (TDM) for scientific and academic purposes as well. Article 3 deals with TDM for the purposes of scientific research, where no prior permission or compensation is needed for mining of data overworks obtained through “lawful access”. Article 4, on the other hand, leaves scope for everyone else involved in TDM. The provisions of this article do not allow data mining where the right holders have expressly reserved the right to reproduction over their work in an “appropriate manner”. Again, the terms “lawful access” and “appropriate manner” have not been defined in the Directive which could possibly result in litigation as to what exactly is meant by lawful access and what are the host of appropriate manners for restricting TDM.

Another controversial provision in the Directive is Article 15 under “Title IV – Measures to Achieve a Well-Functioning Marketplace for Copyright”, which seeks to protect press publisher’s rights. The article seeks to protect publishers of press publications by providing them with the exclusive right of reproducing and communicating their works for two years, post which the exclusive right expires. The implications of the law are such that news aggregators would have to obtain permission from the publishers before using their content. However, short extracts and non-commercial uses have been exempted from the application of this article. Initially having drawn much criticism as a “link tax”, proposals such as remuneration by platforms to rightsholders for hyperlinking their works are no longer covered by this provision. However, links in other forms may be subject to the provisions of Article 15.

The DSM Directive has divided content creators and proponents of freedom of speech and expression. The difficulty in interpretation and application of some of the aforementioned provisions of the Directive is evident from its implementation among member states. While the Netherlands has fully implemented the Directive more or less in its literal sense, some others such as Denmark have only implemented those provisions that strengthen rightsholders’ position (such as Articles 15 and 17). The delay in implementation is also attributable to substantial lobbying with regard to some of the provisions, as well as the ongoing COVID-19 pandemic. Nonetheless, the DSM Directive still remains controversial legislation towards which countries have shown tardiness in implementation.

Author: Tamish Kumar – a student of Symbiosis Law School, currently an intern at Khurana & Khurana, Advocates and IP Attorneys.  In case of any queries please contact/write back to us at sudhanshu@khuranaandkhurana.com.