Right to Publicity relates to the right to control one’s identity and ensure protection against any unauthorized use. These rights have been traditionally associated and have been regarded as a facet of the right to privacy of an individual. However, lately, these ﻿rights have assumed significance in matters pertaining to intellectual property (“IP”). This is because public personalities have a commercial interest involved and resort to these rights to prevent any unauthorized use of their names, personality, etc. Though the right of an individual to protect against any unauthorized use of his/her identity is recognized and protected during the lifetime of the individual, the aspect of the validity of such rights post-death of the person is still a nascent issue, particularly in India. This article seeks to analyze the current position on the post-mortem recognition of publicity rights in India along with certain suggestions to improve the position. 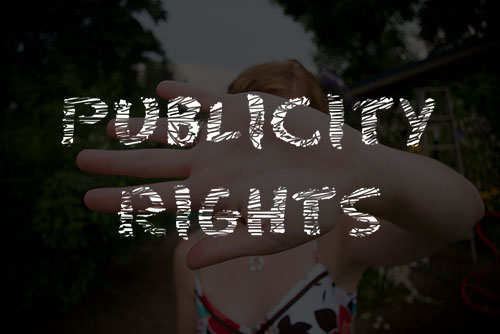 Besides privacy, publicity rights are a significant component of IP laws to protect the identity of a person and prevent any unauthorized commercial use. Any person can get his/her name registered as a “mark” in accordance with Section 2(m) of the Trademarks Act, 1999. This ensures that nobody can infringe this trademark, thereby, leading to greater protection for the right holder. Furthermore, the Copyright Act, 1957, under Sections 38 and 37, protects the rights of “performers”. These provisions, therefore, can also be used against any infringement of publicity rights.

These laws are now being increasingly used by celebrities to challenge any unauthorized use of their identity. For instance, eminent actor Rajnikanth was successful in preventing the use of his name in a movie without his consent in the case of Mr. Shivaji Rao Gaikwad v. M/s Varsha Productions. This shows that the rights are aptly protected by courts in favor of the right holders. Furthermore, in the case of ICC Development (International) v. Arvee Enterprises, the Delhi High Court expressly held that the publicity rights “vest with the individual and only that person has the right to profit from it”.

Even though there is a trend in favor of publicity rights in India, there is no express law or any judicial pronouncement which protects these rights post the death of an individual. In the case of Deepa Jaykumar v. AI Vijay, the niece of former politician late Jayalalitha challenged the unauthorized use of the deceased’s identity in a movie. However, the court was of the opinion that publicity rights are a facet of the right to privacy that is intrinsic to a person and cannot be inherited.

Another more recent case relates to the challenge by the father of late Sushant Singh Rajput against films being made on the actor’s life without consent in Krishan Kumar Singh v. Sahla A. Sarogi. The Court, in this case, as well, failed to provide any relief to the deceased’s father. It observed that the right to privacy, including the right to publicity, extinguishes post the death of a person. The Courts, in these cases, have failed to consider the aspect of the commercial value of the identities of such personalities. It must be noted that the right to publicity is not restricted to being a facet of the right to privacy. It relates to the economic interests of a person which must be passed on to the legal heir’s post-death.

Thus, IP laws should be brought into the spectrum to ensure that the legal heirs get control over the identity of the deceased so as to prevent any unauthorized use of the same. The International Trademark Association recognizes publicity rights to be a part of IP rights which must be protected like all other IPs. Since Indian IP laws do not explicitly provide for the protection of posthumous publicity rights, there is a need to formulate laws accordingly.

There are a few States which have recognized such rights, including California, Indiana, Georgia, among others. Recently, the New York government has also enacted a law to ensure the protection of post mortem publicity rights and to prevent any misappropriation of such rights which may go against the economic interest of the deceased’s heirs. It is high time that India also recognizes these rights to keep pace with global developments as well as to secure the commercial interests of a person and his/her legal heirs.

Author: Bhawna Lakhina -a student of National Law Institute University(Bhopal), in case of any queries please contact/write back to us at vidushi@khuranaandkhurana.com .