Accountability and Governance of Sports Authorities

With the onset of the Tokyo Olympics in 2021, we have witnessed numerous countries from all over the world participating to obtain some of the biggest honors in the sports realm –winning medals for their country. India, also being a participant, recently won numerous medals including a gold medal as well. This implies that the Indian population is increasingly gaining exposure towards sports and is now seeing it as not only a means of entertainment but commercially lucrative as well. Until recently, the mention of sports in India was limited to cricket, despite hockey historically being our strongest sport at the Olympics but now the sports sector is becoming increasingly multi-faceted, varied and has grown to other sports, that have all created niche positions. However, there are miles to go still in order to unleash the true potential of the sports culture and this slow pace can be attributed to the lack of proper sports governance and accountability in India. In fact, the Sports budget for 2021 was slashed by Rs. 230.78 crores in the Indian Union Budget. This indicates the lack of seriousness that goes into investing in and promoting sports in India. 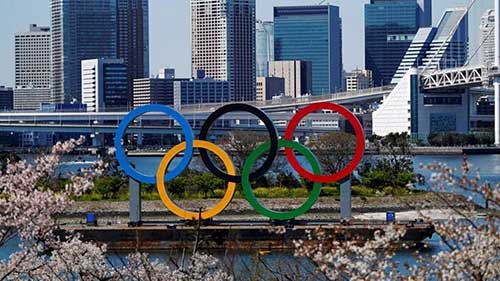 The absence of proper and effective governance in sports is the reason why the sports industry in India has to go through numerous hurdles. There are various stakeholders- players/athletes, coaches, governing bodies, facilities, sponsors, etc. involved in a single transaction and it becomes hard to regulate and keep track of each party if there is no proper governance. There is a dire need to bring all these parties under one common regulatory body in order to ensure that each one is accountable to a higher authority for the role they play. There is also an increasing problem of corruption, match-fixing, and wrongful management by sporting administrators. Additionally, there are barriers created due to the social and economic inequalities which lead to denial in sports infrastructure, facilities, and opportunities to the economically weaker sections of the society, thereby resulting in the inability of identifying the true potential of the rural sector. Due to the paucity of resources and expertise pertaining to sports in the government, there is also a serious lack of development and enforcement of sports-related policies for the furtherance of sports-related opportunities. A lack of legislation indicates insufficiency of governance and accountability and the fact that the Union budget for sports is also extremely less would cause a hindrance in the proper development of future possibilities of progress.

There is no denying that there have been improvements in the conduct, exposure, and governmental assistance of sports activities in recent times. The Government has started investing in sports and this can be seen from the various tournaments that are being organized on a public level including Khelo India, which is a national level youth sports competition wherein funding was recently increased as well as the FIFA U17 Boys World Cup that was hosted by India. Along with this, there are various sports leagues as well that have been established.

The existing framework of sports governance consists of a federated model wherein a particular geographical location has its own autonomous bodies for governing different sports. In addition to this, there are national governing bodies such as BCCI, Hockey India, All India Tennis Association, etc. These national governing bodies further have the responsibility of governing the State associations of every state on behalf of their members. However, given a large number of States and population of India, it often becomes an arduous task to keep a check on and comply with the interests of each State and the members therein. Even though there are national bodies for governance, the State authorities are the primary rule makers and there is no single policy or law laid down that they need to abide by.

This leads to arbitrariness and a lack of uniformity in the country with respect to the training given, the investments made and the roles and responsibilities within the organization, among other things. This in turn contributes to poor accountability and transparency, thereby impacting the sports sector as a whole.

Although Sports is a State Subject, there is no enactment, law, or policy on it even though it forms a part of Entry 33 of the State List under Article 246 of the Seventh Schedule of the Constitution of India. In 2011, the Ministry of Youth Affairs and Sports, GoI notified a National Sports Development Code of India 2011 which played a huge role in the decision of the Government pertaining to proper governance of the National bodies. However, there is still uncertainty regarding compliance with the Code.

In general, the Government needs to make its stance regarding the promotion of Sports and fitness in India clear. While there have been efforts to increase the scope of Sports and promote it to become a more efficient and profitable model, there are still developments required at the policy-making stage to establish uniform guidelines that need to be followed by the States. The Sports culture in India needs to be revived at a grassroots level by building a strong base and framework for all the various kinds of sports that exist in order to be better players at an international level. Additionally, structural changes need to be made wherein different authorities need to be held accountable to a higher authority for the activities undertaken by them and there must be a proper and systematic selection of people who run these associations. The Central Government might have to play an intervening role to inculcate a better sports culture and create a conducive environment for the elimination of corruption and threat to the credibility of sports.

Author: Ankita Sethi – a student of Symbiosis Law School (Pune), currently an intern at Khurana & Khurana, Advocates and IP Attorneys.  In case of any queries please contact/write back to us at sudhanshu@khuranaandkhurana.com.