Concept of Tax: An Overview

The Directive Principles of State Policy, enshrined in Part IV of the Indian Constitution articulates that India is a welfare state. A welfare state is a form of government in which the state protects and promotes the economic and social well-being of the citizens, based upon the principles of equal opportunity, equitable distribution of wealth, and public responsibility of security of all citizens. 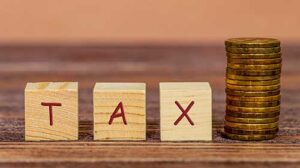 For this very purpose government needs funds and has to levy taxes on their (Indian) citizens, which are then utilized to deliver various general services like protection forces for the safety of their people or undertake such projects which will boost the economy of the country and raise the standard of living of its citizens etc.  Thus, taxes are an essential part of any nation and the authority to collect tax is sole with the government of a nation in India this authority is divided between the center and the state government by the Indian constitution.

In the case of Krishi Upaj Mandi Samiti vs. Orient Paper & Industries Ltd. the bench defined “tax as a compulsory extraction of money by public authority for public purposes enforceable by-laws and is not payment for services rendered. There is no quid pro” quo between the taxpayer and the public authority. It is a part of the common burden and the quantum of imposition upon the taxpayer depends generally upon his capacity to pay”.

Taxes are mainly categorized into two types Direct and Indirect taxes depending on the manner they are paid to the state. Apart from these, there are also other types of taxes that fall into different sub-categories.

Definition of Direct taxes is hidden in its name these are taxes that are to be paid directly to the government by the individual or legal entity, for e.g.- Income tax, capital gains tax, etc. These types of taxes are supervised by the central board of direct taxes (CBDT).

Indirect taxes on the other hand are taxes that are consumption-based that are applied to goods or services when they are bought and sold. And they are not paid directly to the government. In the year 2017, the Goods and services tax (GST)  was introduced and every stage of the goods production process and value-added services is under the obligation to pay GST.

Further, there are also other types of taxes that are a minor revenue generator for the government like education cess, Swachh Bharat cess, Krishi Kalyan cess, etc.

Although taxes are levied to provide for the welfare and services for the people it is not to be misunderstood with payment for any specific services rendered rather, it is a compulsory payment to the public authority for public purposes enforceable by law. It is without reference to any services rendered by the State or any specific benefit to be conferred upon the taxpayer.

The taxes collected are all merged in the general revenue of the State to be applied in the general revenue public purposes. Thus, tax is a common burden and the only return which the taxpayer gets is the participation in the common benefits of the State. Hence tax is different from ‘fees’ which are levied by the state for specific services or some special benefit enjoyed by the payer and the payment is shown proportionately to the service. This difference was first held in the leading case of Sri Jagnath Ramanuj Das and another vs. the State of Orissa.

Difference between cess and surcharge

Cess is a tax on the tax imposed by the state for a particular purpose. A cess is distinct from other taxes such as excise duty and personal income tax in that it is levied in addition to the current tax (tax on tax). For example, a 3% education cess on a 30 percent personal income tax is levied as a tax on the existing 30 percent. However, some cesses such as Swachh Bharat Cess (SBC), are levied as a percentage of the total value.  Cess is paid to the consolidated fund of India but it may only be used for that particular reason it has been collected.

Whereas a surcharge is any additional levy added to any tax that has already been paid for e.g. personal income tax, corporate income tax, etc. Surcharge revenue also goes to the Consolidated Fund of India (CFI), where it can be used for any reason, just like regular tax revenue, and these are not levied for any particular reason.

Author: Kushagra Nigam, an intern at Khurana & Khurana, Advocates and IP Attorneys. In case of any queries please contact/write back to us at anubhav@khuranaandkhurana.com.