Recently, in May 2021, the European Parliament adopted a new regime to combat online piracy of sports-related events. The increased online piracy was due to the development in digital technology as well as the rapid increase of digital content to sports fans across the world. The report by the Synamedia and Ampere Analysis found that streaming services and sporting event right holders lost nearly 28.3 billion dollars due to online piracy in the year 2020. Further, the report of the European Parliamentary Research Service found out that in the year 2019, around 6 million subscriptions to unlicensed broadcasting sites were made. Such subscriptions had brought around 522 million euros of illegal revenue. If such subscriptions were made legitimately, the earnings of the authorized broadcasters would have grown by approximately 3.4 billion euros each year. 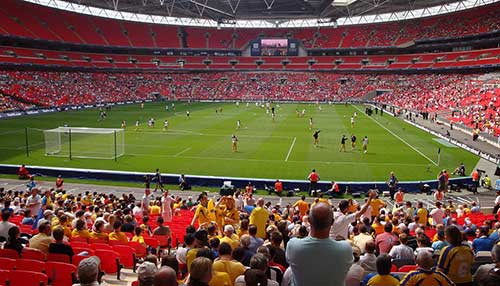 The new regime includes the option to block the illegal broadcasts within 30 minutes of it being broadcasted illegally as the EU Parliament stated, “illegal streams are most harmful in the first 30 minutes of their appearance online, the text calls for such streams to be removed or disabled immediately and no later than 30 minutes following a notification by rights holders or a certified trusted flagger”. The lawmakers of the EU had called the EU’s executive branch, the European Commission for amending the legislation regarding intellectual property rights for sporting events broadcasted live. The new regime had 479 votes in favor, 171 votes against, and 40 abstentions. The EU Parliament also stated that more than 80% of the revenue of the owners of the broadcast rights are from online broadcast however the live broadcast is transmitted online in an illegal manner.

According to Geoffroy Didier, the online piracy of sporting events serves as a severe consequence for sports federations and clubs as he said that “For the French football industry, for example, this means a loss of nearly 500 million euros ($610 million) each year for our amateur clubs. We must stop these illegal activities”. Given that illicit streams are most detrimental in the first thirty minutes after they appear online, the text requires that such streams be deleted or disabled immediately and no later than thirty minutes after rights holders or a certified “trusted flagger” have been notified.

The position of sporting events and copyright was observed in the joint cases of Karen Murphy v. Media Protection Services and Football Association Premier League v. QC Leisure where the Court of Justice of the EU stated that “sports events such as football matches cannot be considered intellectual creations or works and so cannot be protected by copyright”.

In practice, the approach has taken a shift and this has been the standard procedure: the sports organizer will first secure a clean location, after which he or she would impose conditions on the media and others in exchange for permission to attend. Regardless of whether the sporting event itself is a copyrightable work, a broadcast or transmission of content from the venue will become a copyrighted work upon recording or transmission. For archival and anti-piracy purposes, the sports rights owner will normally acquire an assignment of the copyright in the signal from the media firm, therefore the sports organizer will end up owning IP rights.

While the threat of piracy to the sports sector in today’s digital world will persist, the EU Parliament’s suggestions look to be a step in the right way. While several EU member states have implemented dynamic injunctions, their technical execution has yet to be standardized. It is pertinent to note that the UK has been at the forefront of implementing such legislation to combat online piracy. The English High Court issued the first live blocking injunction in 2017 to combat the unauthorized streaming of the Premier League in the case of Football Association Premier League Ltd v. BT. Similarly, an order was made to prevent the streaming servers from distributing infringing streams of Matchroom boxing fights in the case of Matchroom Boxing Ltd and Others v. British Telecommunications Plc.

Piracy of live sporting events is a significant concern for event organizers. The issue with present measures is that they are implemented too late. The new regime urges the Commission to clarify and modify current rules, including the potential of issuing injunctions requiring the blocking or removal of unauthorized internet information in real-time.

Author:  Arush Mittal, a student of BA LLB (Hons.) from  Hidayatullah National Law University (Raipur), currently an intern at Khurana & Khurana, Advocates and IP Attorneys. In case of any queries please contact/write back to us at sudhanshu@khuranaandkhurana.com.