The Cinematograph (Amendment) Bill 2021: The Debate of Rights V. Piracy 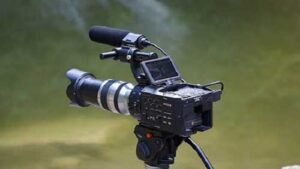 The Ministry of Information and Broadcasting recently announced the Cinematograph (Amendment) Bill 2021 (‘Bill’, hereinafter). The bill has been aimed ‘to tackle the menace of film piracy’, and comes as an amended iteration of the Cinematograph (Amendment) Bill 2019 which received severe backlash from the industry experts. However, even the amended bill finds itself shrouded in controversy due to one of its provisions that provides revisionary powers to the Central Government (‘Government’, hereinafter). This effectively means that even if a film has received proper certifications, the government can re-direct the CBFC Chairman to re-examine it. Further, there are additional provisions that don’t seem compatible with the existing anti-piracy provisions under the Copyright Act, 1957. This article tries to highlight the incongruency that exists between the laws and highlight the provisions which could undermine the fundamental rights. Towards the end, a strong conclusion has been drawn regarding the viability of such changes based on a due analysis of prospects and drawbacks of the bill.

The Backdrop: Why was the Amendment Proposed?

The issue of Indian film releases and certificate issuance is not a novel development and has continued for decades. The Central Board of Film Certification (‘CBFC’, hereinafter) in its past has come down harshly on many popular releases such as Haider (2014), Udta Punjab (2016), Lipstick Under My Burkha (2017), etc. These films tried to address themes of sexuality, feminism, revolution, etc which the CBFC considered too bold for public releases, and as a result, all the releases were made post-heavy cuts in these movies. However, the question that arises is – If the menace is decades-long, why bring a reform now? The answer to this question lies in the recent controversy surrounding the release of Amazon Prime Video’s web series Tandav which was met with severe public outrage. The series was targeted and blamed for “misrepresenting” Hindu gods and hurting the religious sentiments which further led to a plethora of FIRs being filed. The present amended bill could be seen as a direct result of this controversy.

The Proposed Amendments: Analysing the Effects

The previous iteration of the bill which was introduced in 2019, under Section 7(4) had provisions to override the Copyright Act. The section penalized recording a film or sound recording being played or displayed, without the permission of the copyright owner, in the ‘exhibition facility’. The same provision seems to have been replaced by Section 6AA, which even though has different wordings, the effect more or less remains the same. It states:

“6AA. Notwithstanding any law for the time being in force, no person shall, without the written authorization of the author, be permitted to use any audio/visual recording device in a place to knowingly make or transmit or attempt to make or transmit or abet the making or transmission of a copy of a film or a part thereof.

Explanation.- For the purposes of this subsection, the expression “author” shall have the same meaning as assigned to it in clause (d) of section 2 of the Copyright Act, 1957.”

While the provision tries to remove the term ‘exhibition facility’ which was previously left undefined in the previous bill and could have been colorably defined, it still has its own fair share of issues. For example, instead of rectifying the issue with ‘exhibition facility’ by statutorily defining the section by substituting it with ‘in a place’ has widened the applicability of this provision. Further, the fact that ‘copy of a film or a part thereof’ has been left undefined means that the already wide open ambit of the provision would be made even wider as this would bring transmitting a copy of any length and for every purpose within the prohibited degrees.

The amendment further makes the requirement of written authorization from the author of a film mandatory posing another set of significant challenges. This needs to be made clear that even though the provision under the Copyright Act confers the producer of a film with the title of an author, it in no way denotes that the same shall remain true perpetually. There can indeed be the assignment of rights that would assign the rights to a third party. In such a case, any person who wants to legally record a film would have to bear the unnecessary burden of obtaining written permission from all the stakeholders, failing which could land him in deep trouble.

Issues with the Amendment Act: Rational Nexus and Punishments

Section 7(1A) of the amendment bill lays down the penalties for contravention of the Section 6AA which ranges from 3 months to 3 years of imprisonment, and/or fine worth 3 lakh rupees extending up to 5% of the audited gross production cost of the film. Such a provision is problematic on two points. Firstly, by linking the fine to the gross production cost of the film the provision has widened the ambit to unreasonable standards in the case of high budget films. The provision also fails to incorporate within itself the rational nexus that copyright law enacts to prevent first-time offenders from being subjected to the same punishment as repeated offenders. This would effectively lead to situations when first-time offenders are punished on the same scale as repeated offenders which is morally as well as ethically wrong. Section 63 of the Copyright Act talks about the crime of Piracy. At the very outset, the provisions are far more stringent than what the TRIPS Agreement demands in criminal remedies for copyright infringement.  At present, the punishment under Section 63 is imprisonment ranging from 6 months to 3 years, and/or a fine between 50,000 to 2 lakh rupees for knowingly infringing copyright. However, with the proposed amendments the same will be overridden owing to the non-obstante clause before Section 6AA, adding to the severity of already existing punishment.

The issues with the amendment bill seem to have no end. What is even more troubling is that more stringent punishments are being introduced by the legislature at a time the already existing ones are being constitutionally challenged. In the Subramanian Swamy v. Union of India, it was contended that a criminal law punishing defamation was a disproportionate restriction of the freedom of speech guaranteed under Art. 19(1)(a) of the Constitution, since it effectively amounted to the penalization of a private wrong by the state. An analogy can be drawn between the copyright infringement provisions too. Further, it is evident that the present bill could have a negative impact on the freedom of speech and expression that people enjoy. The re-introduction of revisionary powers of the Union government stands in direct conflict with the Supreme Court ruling in Union of India v. KM Shankarappa, which found such powers to be encroaching into the domain of judicial review. The act of conferring these powers was, therefore, said to be in violation of the basic structure doctrine. In its present state, the bill could incorporate amendments that shall add to the distress of people. Thus, the need of the hour is to not rely solely on stringent ways of dealing with the issue of piracy but rather developing and implementing systematically reformed provisions. The change needs to be brought in order to ensure that the menace of film piracy is dealt with without encroaching on the borders of freedoms enshrined by the constitution.

Author:  Raj Shekhar- a student of NUSRL (Ranchi), currently an intern at Khurana & Khurana, Advocates and IP Attorneys.  In case of any queries please contact/write back to us at vidushi@khuranaandkhurana.com.