Double Patenting and Where it Stands as per Delhi High Court 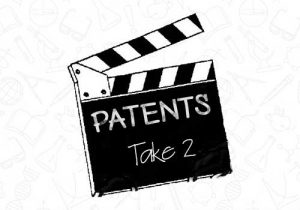 It was contended by Plaintiff that the Defendants had infringed two of their patents- IN   205147 (Patent 1) and IN 235625 (Patent 2) that relate to the manufacturing of an anti-diabetic drug called Dapagliflozin, which is marketed as Farxiga.

Both the patents were initially registered by Mr. Bristol Myer Squibb, who had then assigned the rights to the same to Plaintiff in 2014. Patent1 was the genus patent that expired in 2020 and Patent 2 was its species, which expired in 2023.

• The Plaintiffs claimed that the compound structure of the drug was covered in Patent 1, it was disclosed and marketed only in Patent 2. Plaintiff further argued that there were several more factors in favor of Patent 2, i.e. great commercial success, a number of attempts by various third parties to infringe the said mark, resulting in several injunctions granted by the court. They also argued that the IPO examined the patent for 7 years before actually granting it, and it operated for 15+ years without any opposition, and hence, there had to be some form of presumption over its validity owing to its age.

• The Defendants in return claimed that a single compound cannot be protected by two different patents and the expiry of Patent 1 in 2020 ended the Plaintiff’s monopoly over it. They also claimed that Patent 2’s validity on the ground that it was anticipated by Patent 1. It said that this was an obvious attempt to double patent. They also argued that Patent 2 is also anticipated by all the publications that are already available via Patent 1. They further claimed that the production of Dapagliflozin Patent 2 does not use a novel or original technique, and simply reiterates what even has already been mentioned in Patent 1.

The Court, while making their decision took into account the decision in Roche v Cipla and held that a patent Is only valid until it is challenged. They analyzed Section 64 of The Patent Act 1970 and said that a patent could only be revoked when and if a counterclaim against its validity in a suit for infringement has been filed. They further held that the passing the examination stage of patent registration is in no way the ultimate test of validity and neither did the age of the patent strengthen the “firewall” around it, in fact, the Court held was in contradiction to the plain words given in the statue. The Court further held that at the stage of a preliminary injunction, all the Defendant has to demonstrate is that they have made a credible challenge or that the patent is vulnerable and that validity is not vexatious.

Author:  Suvangana Agarwal  Litigation Associate at Khurana & Khurana, Advocates and IP Attorneys.  In case of any queries please contact/write back to us at aishani@khuranaandkhurana.com.