With the abolishment of various Boards and Appellate Tribunals by Tribunals Reforms (Rationalization and Conditions of Service) Ordinance, 2021, which was promulgated by the President of India and was notified on 4th April 2021, The Delhi High Court (DHC) has now established an Intellectual Property Division (IPD) to deal with matters related to Intellectual Property Rights (IPR). 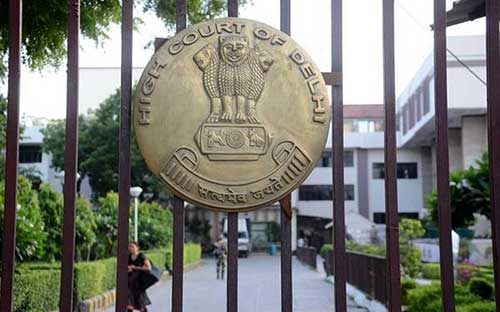 The 2021 ordinance amended Acts namely – (i). Trade Marks Act, 1999, (ii). Protection of Plant Varieties & Farmers’ Rights Act, 2001, (iii). Patents Act, 1970, (iv). Copyright Act, 1957, (v). Geographical Indications of Goods (Registration and Protection) Act, 1999, (vi). Cinematograph Act, 1952, (vii). Customs Act, 1962, (viii). The Airports Authority of India Act, 1994, (ix). National Highways (Land and Traffic) Act, 2002, and (x). The Finance Act, 2017. The 2021 Ordinance amended these acts and abolished various Boards and Appellate Tribunals that existed under these statutes. Accordingly, with the abolishment of the boards and tribunals, the power to deal with all such pending matters has now been vested with the High Court. For the Intellectual Property cases, the Intellectual Property Appellate Board (IPAB) dealt with appeals from the IP offices. Abolishing IPAB led to a substantial number of pending cases, which count to around 3000 cases including cases of revocation of Trade Marks, Patents, to be transferred to the High Court of Delhi, as per the official press statements.

In addition to the cases being transferred to the Delhi High Court, the court is already seized various categories of IPR matters namely suits relating to Infringement of Trade Marks, Copyrights, Patents, Writ Petitions, Revision petitions arising from IPR suits before the Commercial Courts, appeals from orders/judgments of the Commercial Courts concerning IPR suits, etc.

For an effective streamlining and review of a large influx of IPR cases in the Delhi High Court, a committee was constituted by Hon’ble the Chief Justice of High Court of Delhi, Justice D.N. Patel for deciding over this issue. The committee consists of Hon’ble Ms. Justice Prathiba M. Singh and Hon’ble Mr. Justice Sanjeev Narula. Based on their recommendations, Hon’ble the Chief Justice directed the creation of the Intellectual Property Division (IPD) at the DHC to deal with all matters related to Intellectual Property Rights.

Not only with the original proceedings but the IPD would be configured to also deal with the Writ Petitions (Civil), CMM, RFA, FAO relating to Intellectual Property Rights disputes (except those which are required to be dealt with by the Division Bench). The bench for IPD will be notified timely by Hon’ble the Chief Justice with the chances of creating exclusive IPD benches for dealing with such cases.

The Press release stated that “Office-Order is also going to be issued specifying nomenclature to be given to such petitions and also about payment of court-fee for such matters. The Delhi High Court is also in the process of framing comprehensive Rules for the IPD. A committee has already been constituted for framing of the `Delhi High Court Patent Rules’ which shall govern the procedures for adjudication of patent disputes before the Delhi High Court. The first draft of these Rules has already been notified for stakeholders’ comments, which have been received.”

Coming up on the line with the global practice, the creation of IPD will be a significant step for effectively disposing of the matters of IPR. Such IP Division or IP Court exclusively for IPR matters are also in various jurisdictions such as UK, Japan, Malaysia, Thailand, China, etc.

The IPD would be governed by the IPD Delhi High Court Rules which are in the process of being framed. The original proceedings before the IPD would also be additionally governed by the Delhi High Court (Original Side) Rules, 2018 and the provisions of the CPC as applicable to commercial disputes, and the provisions of the Commercial Courts Act, 2015. The office order also stated that the appeal filed under Section 5C of the Cinematograph Act, 1952 will be registered as RFA, until the Rules are not framed.

As per the office order dated 07 July 2021, the IPD of Delhi High Court would deal with the following matters:

If we talk about the reason for the abolishment of IPAB, we preferably get two reasons, as mentioned in The Tribunals Reforms (Rationalization and Conditions of Service) Bill, 2021. The first one is the delay in the justice delivery, and the second one is the considerable expense to the exchequer. With regards to the justice delivery, it must be noted that for a long period, there was no such appointment of chairman and members at the IPAB. Due to this, IPAB had to remain non-functional most of the time in the last three years (2018-2020). As per the data published by IPAB, despite the insufficient staff, IPAB did dispose of 181 cases in 2019 and 275 cases in 2020 making the average disposal rate 26.7 cases per month. Interestingly, the sanctioned strength of judges at DHC is 45 permanent Judges with 15 additional Judges but currently works with 31 Judges. The data from the National Judicial Data Grid shows the total pendency of civil cases at the DHC to be 72852.

Whether or not the decision to create the IPD is the right way forward for IP holders would depend on several aspects including but not limited to the speed at which the appeals/petitions would be disposed of by the IPD, and the number of Hon. Judges assigned to the Department. Also, it is only an initiative by the DHC for the moment, and we’ll need to wait and watch as to how quickly the other High Courts adopt the same/similar architecture/practice, as this IPD would only entertain pending IPAB matters from the Delhi jurisdiction (along with new matters/appeals arising from the jurisdiction).

It is still believed by practitioners that while IPAB was slow and non-functional for a long time when it was functional/working/active, the speed of issuing orders and taking up of matters was consistent, and at the same time ensured that the overall cost for the IP Owners/stakeholders was relatively more affordable because of a restricted number of hearings per matter. However, the overall cost of filing/processing an appeal/cancellation/revocation petition at the IPD is expected to be relatively higher and would require more hearings for the matter to be disposed of, thereby further slowing down the overall time taken to logically conclude the matter. We hope nevertheless that the initiative turns out to be a boon for effecting stronger rights for IP Holders.

Author: Saransh Chaturvedi an associate at Khurana & Khurana, Advocates and IP Attorneys (K&K), in case of any queries please contact/write back to us at aishani@khuranaandkhurana.com.