Antitrust Investigation into Amazon and Flipkart: An Overview

Investigation Order under Section 26(1) of the Act

On January 13, 2020, the CCI signed off on an order authorizing a full-scale investigation by the CCI’s investigative arm, the DG, into the alleged anti-competitive activities conducted by Amazon and Flipkart. The Informant, Delhi Vyapar Mahasangh, is a society consisting of traders primarily dealing in smartphones and related accessories belonging to the Micro, Small, and Medium Enterprises [hereinafter “MSME”] sector. It alleged contravention of Section 3(4) read with Section 3(1) of the Act against Amazon and Flipkart on the basis of an exclusive agreement existing between the e-commerce platforms and certain ‘preferred’ sellers. This was coupled with an allegation of joint dominance under Section 4(2) read with Section 4(1) of the Act. On receipt of the information filed under Section 19(1) of the Act, the CCI conducted an assessment of the alleged contraventions under the Act. 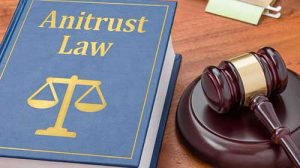 Firstly, in regard to the allegation of joint dominance under Section 4 of the Act, the CCI rightly observed that the concept of joint or collective dominance is not envisioned under the scheme of the Act. Moreover, Section 4 of the Act mandates the presence of a dominant position in order to constitute an abuse of dominance. However, the CCI, in a previous order, has noted that Flipkart does not occupy a dominant position in the market, and thus, the allegation of joint dominance against Amazon and Flipkart is of no merit.

Secondly, with respect to allegations under Section 3 of the Act, the CCI identified four related and potentially anti-competitive practices followed by Amazon and Flipkart which as a consequence, must be further investigated by the DG. These are as follows:

On the perusal of the information provided as well as certain media reports and advertisements regarding exclusive launches of mobile phones, the CCI observed the existence of an exclusive partnership or agreement between mobile manufacturers and either Amazon or Flipkart. In fact, mobile manufacturers such as Samsung, OnePlus, Vivo, Xiaomi, etcetera, amounting to a total of 112 mobile phones in the year 2018, were launched exclusively on either e-commerce platform.

It has been highlighted by the Informant that both, Amazon and Flipkart, have their respective ‘preferred sellers’, and there exists a connection between the two through ownership, either direct or indirect, or some form of understanding or agreement. According to the CCI, the practice of giving preferential treatment to certain sellers combined with the exclusive launch of smartphones may lead to an appreciable adverse effect on competition which is required to establish an antitrust violation under Section 3 of the Act.

On the basis of emails provided by the Informant, the CCI observed that Amazon and Flipkart required their sellers to borne a part of the discount offered during big-sale events such as the Great Indian Festival of Amazon. However, while analyzing the prices, both original and discounted, for different smartphone brands sold via Flipkart and Amazon, the CCI noted that smartphones are sold at remarkably discounted prices and primarily through their ‘preferred sellers’. In this context, the Informant alleges that these ‘preferred sellers’ are merely proxy entities through which Amazon and Flipkart operate and control the market. If such an allegation is found to be true, it could be a significant indicator of anti-competitive activity on part of Amazon and Flipkart.

In this context, the Informant alleges that Amazon and Flipkart list their ‘preferred sellers’ above other sellers irrespective of valid criteria such as the rating of the brands. Moreover, there are several instances of preferential treatment in the form of attaching the label of ‘Assured Seller’ or ‘Fulfilled’ to products sold by ‘preferred sellers’. Coupled with deep discounting, the effect of such preferential treatment drives out other competitors resulting in the foreclosure of competition. Furthermore, certain private brands owned by Amazon and Flipkart, are routed and sold only through a few of their ‘preferred sellers’.

As per the Informant, this could affect the plight of non-preferred sellers who would be forced to operate through brick-and-mortar set-ups which in contrast to online marketplaces, have limited reach and significantly higher operating costs. Keeping these considerations in mind, the CCI noted that customers may inevitably prefer these exclusive brands due to higher discounts and preferential listing. On this basis, the CCI passed an order under Section 26 of the Act in an attempt to investigate whether the alleged exclusive arrangements, preferential treatment, and deep discounting practices are being employed by Amazon and Flipkart as exclusionary tactics. An affirmative answer to such allegations would result in an adverse effect on competition leading to a violation under Section 3(4) read with Section 3(1) of the Act.

While the CCI now has permission to continue their investigation against Amazon and Flipkart via the Karnataka HC order, the decision to commence the investigation itself was rather surprising. This is primarily because concerns regarding exclusive arrangements, preferential treatment, and predatory pricing were brought to the notice of the CCI before, in the matter of All India Online Vendors Association v. Flipkart and Ors. However, the CCI, in this case, shunned any anti-competitive concerns on part of Flipkart and in fact, cautioned against intervention in a market that is still ‘relatively nascent’ and intervention if performed incorrectly, might come at the cost of innovation. Moreover, the CCI in its own market study report on e-commerce in India, while acknowledging the existence of exclusive agreements within the e-commerce sector, also explicitly remarked that exclusive arrangements are not per se anticompetitive.

On the other hand, a Reuters report which was released in February 2021 and was based on an investigation of Amazon documents, revealed that Amazon handed preferential treatment to a group of sellers on its platform specifically Cloudtail and Appario. Additionally, while the CCI did admit that exclusive agreements are not strictly anti-competitive, it also noted that such agreements may be opted as exclusionary tactics to force out competitors and impede entry which could lead to anti-trust concerns and thereby, calling for an assessment on a case-by-case basis. Therefore, it is patent that the CCI has shifted to a more aggressive approach and turned its gaze towards the e-commerce space.

Unsurprisingly enough, Amazon and Flipkart have both filed their respective appeals against the Karnataka HC order and the appeal is scheduled to be heard in the foreseeable future. The outcome of these hearings will be instrumental towards shaping the future of the e-commerce space especially in light of the monumental increase in reliance that consumers have placed over these companies due to the pandemic.

Author: Aditya Bamb, a student at National Law University (Jodhpur), currently an intern at Khurana & Khurana, Advocates and IP Attorneys. In case of any queries please contact/write back to us at aishani@khuranaandkhurana.com.