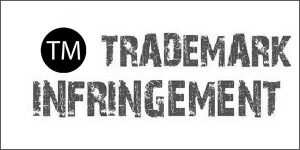 S&S India, operating under the name Singh & Singh, which is a registered trademark since 2005, is a law firm practicing in India since 1997. According to S&S India, two Canada-based law firms named ‘GSC Law’ and ‘KSK Law’ recently started operating together under the name Singh + Singh. S&S India filed a suit against S&S Canada for trademark infringement while claiming that its business extends beyond India and has an impact in Canada as well.

The Court noted that the two entities had predominantly identical names, the legal services provided, and the same customer class. S&S Canada currently only practices in Canada, but S&S India’s reputation and goodwill are worldwide and its reputation cannot be confined to geographical borders, within an internet-driven environment. It was noted. The considerable online presence of S&S Canada, the similarity between the color combination of the logos and the identical names indicated a strong risk of confusion. The court, therefore, was persuaded that a case for S&S India existed, and henceforth, it granted the interim injunction.

Supreme Court had earlier recognized that a firm with global goodwill and a well-known trademark can protect its jurisdiction even in those markets where it does have any operations at a particular moment. However, in the current matter, S&S India has not claimed the existence of a well-known trademark, due to which, it might be a concern as to how any kind of damage will be done to S&S India through S&S Canada’s practice in Canada.

Confusion among foreign customers is certainly a real problem and may be more likely than Indian customers. S&S India sought protection here in India against a company that operates strictly in a foreign country. There seems to be a problem in the current situation i.e. inappropriate solution. The injunction aims to prevent ‘foreign customers and law firms’ from confusing, presumably in Canada, who can confound S&S Canada as S&S India. In India, however, where there are no actual operations of S&S Canada. Since trademark laws are ‘territorial in nature and are not global, it is unlikely that the injunction will have a real effect to prevent confusion among potential foreign customers.

The case in hand did not delve into confusion very deeply – probably because the names used are almost identical in this case. While the infringement issues are firmly opposed to Defendant, it is important to ask why S&S Canada was issued an interim order, an exceptional remedy, without waiting for S&S Canada to submit a written declaration, taking into account the change to the name took place only one month ago. This is especially relevant given that the issue of jurisdiction has not been investigated and an order has been adopted without adequate reasoning as to how all three injunction factors have been met.

Furthermore, it is difficult to see how any real harm can be prevented unless parallel infringement proceedings are brought in the competence of the defendant – whereby it would appear sensitive to invoke the well-known trademark and transboundary reputation doctrine in that jurisdiction.

Author: Rounak Doshi – a student of National Law Institute University (Bhopal), currently an intern at Khurana & Khurana, Advocates and IP Attorneys. In case of any queries please contact/write back to us at aishani@khuranaandkhurana.com.