“India is a multilingual country, which can make brand management difficult. The fact that one word may have many synonyms in another language, as well as the variety of languages and scripts, can increase the possibility of infringement and pass off”[1].

Trademarks are the intangible assets of the proprietor. A proprietor spends time and resources on trademark because it is one of the most important features of the company, in some instances, a trademark becomes an identity of a particular company, and if some other person uses that identity, then it can harm the reputation of the company. But it has been seen in various instances that companies register their names on the basis of the product they are making e.g “mother milk” & “milk protein” the use of term “milk” is common here, but it does not mean that one company in the infringing trademark of other. 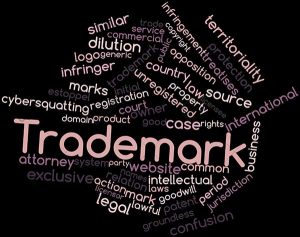 Generic terms like milk, compute, table, are not protected by trademark in India because of the very obvious reason that these terms are not distinctive in nature rather they show “category” of product. Section 9[2] of The Trade Marks Act, 1999 (hereinafter “the Act”) clearly says registration can be done of only those trademarks which are distinctive in nature, it says that “trademarks which consist exclusively of marks or indications which have become customary in the current language or in the bonafide and established practices of the trade, shall not be registered”. Apart from them, laudatory terms are also not a part of the trademark. Laudatory terms are those terms that are used to praise the product or to show the excellence of the product, they are also general or common terms and thus it does not protect from trademark infringement. It is not advisable to use laudatory terms in trademark.

The recent case of M/S. ITC Limited vs Nestle India Limited[3], plaintiff Itc Limited alleged the defendant Nestle India Limited for infringing its trademark. Plaintiff said that Nestle India Limited has launched a new product “Maggi xtra-delicious Magical Masala” which is an infringing trademark of ITC Limited’s product Sunfeast Yipee Noodles which contains “Magic Masala”. Plaintiff said that “Magic Masala” is an essential part of their product and that Nestle has just modified the name as “Magical Masala” and using it to confuse people with their product. Defendant argued that the word “Magic” is general and not a specific term, they said that they used the term just as a flavor descriptor and “Magic” is not a specific type of flavor. Thus, there was no trademark infringement from their side. Court held that there cannot be any action taken against the defendant as the term “magic” is very common in nature in the food industry. It said that “magic masala “does not signify any special kind of masala but it is just a “laudatory term”. The courts would not allow a laudatory word to be trademarked and protected. Neither the plaintiff nor the defendant may assert exclusive rights to the word enchantment. Magic is neither an invented nor a distinctive term, and it cannot be used to differentiate the plaintiff’s noodles. The second issue of the case was regarding similar packaging of both products, plaintiff was of the opinion that there was a passing-off of the instant noodle by Defendant by adopting the expression “Magical Masala”.  Court after considering the statement of both the parties and section 2(zb)[4] of the act, held that there is no scope of confusion regarding the packaging of both the product and there is no misrepresentation on the part of the defendant as there is no visual or ocular similarity between both the products.

In the case of Aachi Masala Foods Pvt. Ltd vs Aachi Cargo Channels Private Limited[5], the common word was “Aachi” which means grandmother in Tamil. In this case, Aachi Masala Foods Pvt. Ltd said that Aachi Cargo Channels Private Limited has infringed its trademark and thus is liable for compensation. Madras high court in this case held that the word “Aachi” is very common in nature and there cannot be a monopoly over the usage of this word. Similarly, in the case of Bhole Baba Milk Food Industries Ltd v. Parul Food Specialities (P) Ltd[6], Delhi high court held that the word “Krishna” in India is as common as the word “John” in the west, thus one company cannot establish a monopoly over it and it dismissed the case of trademark infringement.

It should be noted that if there is no common term in the trademark and is distinctive in nature then that trademark will be protected by trademark protection.

Under the Trade Marks Act, 1999 a proprietor is required to register a trademark to get it protected, it is necessary that the registered trademark is distinctive in nature. Once the trademark got registered then it is protected and if anyone tries to copy it or exploiting the goodwill established by the mark of the proprietor with some malicious intention then that person would be liable for trademark infringement and has to compensate for the loss.

The court in case of M/S. ITC Limited vs Nestle India Limited has clearly held that no laudatory term can be protected under trademark because they are not distinctive in nature. But there are a lot of cases were like this where proprietors use common terms in a trademark which makes their trademark less protected. It should be noted that in this competitive world, a trademark protects the goodwill of the company which is associated with its name. Thus, proprietors should be very careful while choosing a trademark and must ensure that there is no common or laudatory term in it.