The Legal Dilemma of Cryptocurrency in India

Cryptocurrency, also known as virtual or digital currency, is based on blockchain technology and has become a global phenomenon known to the majority of the people in the world. Through the medium of internet, the financial transactions are intended to take place strictly in terms of cryptographical functions. The cryptocurrencies can be transferred from one party to the other with the help of public and private keys which are secured by cryptography hence, making it difficult for any individual to counterfeit or forge the currency. The most fundamental characteristic of cryptocurrencies is that they paved the way for a decentralized digital cash system as compared to the old ways of government interference and control. This could be achieved with the help of blockchain technology which would, in turn, ensure the integrity of all the transactional data between the parties. Such decentralized structure would not only gain transparency but also charge minimum processing fees which would otherwise be charged at a high percentage by the respective financial institutions and in addition to this, it would be free from the claws of the government and the central authority as far as controlling is concerned. 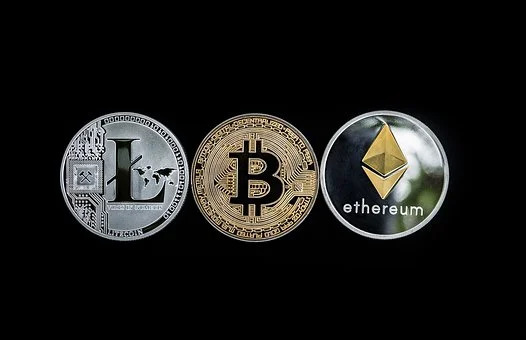 Cryptocurrency has its own set of pros and cons, on one hand, it provides easy transfer of funds with secured data and helps in protection from inflation while on the other hand, it could be used for illegal transactions in the name of the anonymous user and can convert the illegally obtained money into legitimate money with the help of the intermediaries. It could also result in financial losses if the user has somehow lost the private key to their respective wallet as a result of which, the wallet will remain locked with all the coins inside it. In addition to this, there is no refund or cancellation policy if the funds are mistakenly transferred to the wrong wallet address.

There is no specific legal framework formulated by the government that would be applicable to cryptocurrency. Nonetheless, there are certain laws that seemed to be applicable to the use of cryptocurrency in India such as the Securities Contracts Act, 1956, Companies Act, 2013, Payment and Settlement Systems Act, 2007, and the Prevention of Money Laundering Act, 2002. However, there is no certainty in terms of the applicability of these provisions of the respective acts. Also, as far as the trading is concerned, it is not clear as to how it will fall within the ambit of the existing laws or will the provisions extend to the wallet operators or the services which it provides to the interested parties. Subsequently in 2018, a circular was issued by the Reserve Bank of India prohibiting all the banks/entities be it commercial or small finance banks from dealing in virtual currencies or providing services that would further facilitate trading in cryptocurrencies. The reasoning put forth by the RBI for imposing the ban was not only to protect the consumers but also to maintain the market integrity and prevent money laundering. This was a major setback for all the business operations in India as far as the cryptocurrency exchanges are concerned.

The transactions were substantially reduced and the majority of the people who bought cryptocurrencies were forced to sell out their crypto assets along with cash before the banking facilities were shut. As a result, several crypto exchanges in India who were members of the Internet and Mobile Association of India (IMAI) challenged the circular issued by the Reserve Bank of India (RBI) before the Supreme Court of India claiming that it is violative of the principle of fairness and equal opportunity. In addition to this, it was contended that the restrictions put forth by the RBI prohibiting banks from providing any banking services to the cryptocurrency businesses was, in turn, a colorable exercise of power under the guise of protecting the interests of the consumers and the impugned circular was “manifestly arbitrary, based on non-reasonable classification and it imposes disproportionate restrictions”[1]

There have been close to six hearings since 2019, however, in March 2020, the Supreme Court in Internet and Mobile Association of India vs. Reserve Bank of India[2] lifted the ban on trading in virtual currency and calling them illegal which was imposed by the RBI through its circular. The court was of the opinion that the blanket ban which was imposed by the RBI on providing the banking services to cryptocurrency businesses was violative of Article 19 (1)(g) of the Indian Constitution where the practice to carry on any trade or business was hampered by the circular issued by the RBI[3]. In addition to this, the court observed that the RBI did not put in sufficient efforts to look for measures that are less intrusive in nature as compared to the blanket ban imposed against a whole industry. Therefore, there was absolutely no application of mind on part of RBI before the circular was issued.

The court also pointed out that although the RBI is vested with the power to form regulations which in turn derives its power from an act formulated by the parliament, the regulations cannot supersede the rights and freedoms guaranteed to the citizens by the constitution of India. The regulators cannot exercise their powers arbitrarily or disproportionately in terms of imposing a ban against a whole industry, as it is a matter of legislative policy and therefore, must arise from legislation only rather than a circular being issued by a regulator[4]. The powers vested with the RBI are formidable in the eyes of the relevant stakeholders and hold a special place as far as the economy of the country is concerned therefore, it needs to be exercised proportionately and in consonance with the fundamental rights guaranteed to the citizens by the constitution.

It is pertinent to note that in the current legal scenario and in the absence of any legal framework or regulatory body in India, crypto is not illegal rather is only unregulated. The status in terms of buying, selling, or trading cryptocurrencies in India is absolutely legal. In India, there are a number of players in the crypto exchange market like WazirX, ZebPay, Coinswitch Kuber, inter alia, who has also been key in supporting the government and helping investors join the bandwagon by self-regulating and obliging a thorough KYC check for all their investors. Recently, “The Cryptocurrency and Regulation of Official Digital Currency Bill 2021” were about to be introduced in the Parliament during the budget session however, it was put to hold as the Government continued the discussions and meetings with all the relevant stakeholders before rolling out the bill. The bill aimed at prohibiting all the private cryptocurrencies and facilitates a regulatory framework for introducing the “official digital currency” which in turn would be issued/mooted by the Reserve Bank of India (RBI).

The RBI is planning to roll out its own official currency and is working on a project ‘Central bank digital currency (CBDC). However, before implementing CBDC and banning private cryptocurrencies a period of 3 to 6 months will be given to all the relevant stakeholders/crypto holders to liquidate their crypto assets post which the bill would strictly penalize/criminalize mining, trading, and issuing of cryptocurrencies. However, the same is going to take some time and in the meanwhile, the crypto market has seen a significant surge especially at a time when equity markets are touching new lows.

The Supreme Court verdict is fairly important and amounts to a small victory for all the crypto exchange entities in India. It is pertinent to note that cryptocurrency has gained popularity on a global scale. In addition to this, the transactions in terms of digital currency have grown volumes over the years in India. Imposing a blanket ban on cryptocurrency would not be the way to go forward as millions of Indians are considering this platform as a mainstream investment platform despite knowing the risks associated with it. Although currently, the uncertainty exists in terms of regulation, however, the government tried to introduce “The Cryptocurrency and Regulation of Official Digital Currency Bill 2021” in the parliament which aimed at prohibiting all the private cryptocurrencies but the same was withheld for further discussions. Considering the global fame and immense potential associated with cryptocurrency, RBI is planning to roll out its own official currency and is working on a project ‘Central bank digital currency (CBDC).

There is no denying that India has had a fluctuating history with cryptocurrency with the country’s governing attitude towards crypto been oscillating to and fro between banning and regulating the same, for some time now. Moreover, as per reports, approximately, 60 to 70 lakh Indians have already invested in the crypto in India with there being no certainty with respect to the regulation of cryptocurrency. Amidst this, it wouldn’t be wrong to say that it is the need of the hour to regulate cryptocurrency with a coherent and well-structured regulation rather than banning them altogether especially since the market has seen a huge boom at a time when the country is fighting the Covid-19 pandemic as well as an economic downfall. This would also help the government tax the crypto trading that would consequently help in generating more revenue. In the present global scenario, India has a chance to be a global leader in framing the regulatory architecture for a new digital world. Comprehensive and appropriately regulated use of cryptocurrencies is an opportunity that the country must seize.

Author: Anirudh Agarwal (intern) a 5th Year student of OP Jindal Global University, and Sudhansu Sahoo (Legal Associate) at Khurana & Khurana, Advocates and IP Attorneys. In case of any queries please contact/write back to us at sudhanshu@khuranaandkhurana.com.